Although many wildfires are caused by natural occurrences such as lightning strikes, some fires may also be set intentionally in acts of arson or vandalism. In other cases, controlled burns can quickly get out of control, threatening the property and safety of people who live nearby. Carelessness, such as leaving a campfire burning or tossing a lit cigarette butt, or a utility company that negligently fails to maintain its electrical lines and power poles or overheated equipment, happens too often. However, wildfire lawsuits can be filed so that victims of wildfire accidents can recover their losses.

Exposure to wildfire smoke can cause obvious symptoms such as coughing, wheezing, difficulty breathing, itchy or burning eyes, and runny nose. These symptoms can be life-threatening if you have a pre-existing heart or lung condition. Although the long-term effects are not well-understood, it’s a fact that wildfire smoke is more toxic than other types of smoke. Exposure can increase your risk for respiratory disease, stroke, and other serious health issues.

The damage to your home, property or business caused by wildfire can be devastating. Damage caused by wildfires include extensive property damage, personal injury and, in some cases, death. Sadly, it is almost impossible to recover anything after a fire, which is why so many people insure their property against such a disaster – only to discover their claim is denied.

Victims of a wildfire may be eligible for a financial recovery whether or not human error or negligence caused the wildfire. Compensation for losses may cover:

A $117 million settlement was reached on September 27 with former PG&E Corp executives and directors who were accused in a lawsuit of lax oversight of the utility's safety measures prior to the 2017 North Bay and 2018 Camp fires, reported Reuters. PG&E’s former chief executives, Anthony Earley and Geisha Williams were paid millions of dollars during their terms. They were covered by liability insurance secured by the utility, according to the PG&E Fire Victim Trust. 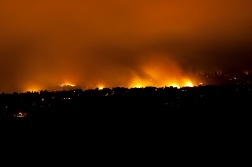 The settlement was announced by the Trust, which compensates victims of fires that the parent of Pacific Gas & Electric started between 2015 and 2018. According to the trust, the North Bay Fires could have been prevented had PG&E cut off power sooner. The Camp Fire was caused by PG&E's failure to inspect and maintain its aging equipment and infrastructure.

PG&E, the nation's largest utility with about 16 million customers in central and Northern California, has been blamed for more than 30 wildfires since 2017 that killed more than 100 people and destroyed over 23,000 homes and businesses. The utility pleaded guilty to 84 felony counts of involuntary manslaughter for causing the fire and was fined $4 million -- the maximum penalty allowed. To date, more than 48,800 fire victims have received $4.91 billion in payments.

The North Bay fires, also known as the Wine Country fires, began in October 2017. They caused at least 44 deaths, burned more than 245,000 acres (990 sq km), and damaged or destroyed many wineries. Just over a year later, 85 people were killed in the upstate Camp Fire that burned more than 153,000 acres, and destroyed most of Paradise, California, a town that had a population of 26,000. To date, it is California’s deadliest and most destructive wildfire.

California has passed two laws to shield certain wildfire victims from state tax on their legal settlements in wildfire cases, reports Forbes. One law applies to PG&E recoveries, the other to Edison lawsuits. (Southern California Edison on Monday announced in January 2021 that it will pay $2.2 billion to the insurance companies that sued the utility over the 2018 Woolsey Fire.) Both bills provide needed tax relief, but the IRS still treats lawsuit settlements as taxable. Most legal settlements are taxable, even for a devastating fire loss. Although California legislation has recently been signed into law, it is not yet clear how the federal bill will be dealt with.

A California man whose home was destroyed by a mill fire is suing Roseburg Forest Products Co., claiming it failed to install a functioning sprinkler system that could have prevented the disaster –and two people from being killed. Robert Davies filed the lawsuit in October 2022 in San Francisco Superior Court. The Sacremento Bee reported that Cal Fire investigators are focusing on an old warehouse , called Shed 17, where the fire appears to have started. Roseburg has acknowledged storing hot ash — the residue from the company’s nearby wood-burning electricity plant — in a concrete bunker inside the building. The lawsuit refers to Shed 17 as “a ticking time bomb” and claimed the ash had started fires “on a frequent basis — with the exact number of these internally-combated ‘near miss’ catastrophes unknown to the public because no formal reports to administrative agencies were generated by Roseburg managers.”

In August 2022, the daughter of an elderly man killed when the McKinney Fire swept through a remote town filed a lawsuit against the public utility PacificCorp. A group of residents and business owners later filed a separate but similar lawsuit against PacificCorp, also blaming the utility's equipment for sparking the fire.

Three other people were killed, 185 structures were destroyed and nearly 94 square miles (243 square km) of forest was scorched. According to the Associated Press, the lawsuits claim the McKinney Fire started when PacifiCorp's "utility infrastructure contacted, or caused sparks to contact, vegetation surrounding the equipment" on July 29 in Siskyou County near the Oregon border. The lawsuit states that “The McKinney Fire was avoidable had PacifiCorp complied with the standard of care in inspecting, repairing, and maintaining its electrical equipment, trimming away vegetation within the electrical equipment's surrounding environment as required by law.”

Five days after the fire started, PacifiCorp filed paperwork with the California Public Utilities Commission indicating there was an event related to its electrical equipment at about the time flames broke out. The company made the filing “out of an abundance of caution,” according CPUC records.

AP wrote that scientists have said climate change has made the West warmer and drier over the last three decades and will continue to make weather more extreme and wildfires more frequent and destructive. Across the American West, a 22-year megadrought deepened so much in 2021 that the region is now in the driest spell in at least 1,200 years.

If you carry fire insurance, you believe you’re covered in the event of such a scenario. But not all insurance companies are created equally. Too many wildfire lawsuits claim that insurance providers refuse to compensate you for fire damages or pays less than their policy dictates. Say your insurance company does not properly investigate the cause of the fire or gives a misleading report.  A poor investigation could be chalked up to laziness, to save themselves money, or it could be intentional to deny your claim. If you believe that your claim has been wrongfully denied, an experienced wildfire attorney can help. Fire damage attorneys are experienced with the legalities of claim denials and they will examine in minute detail your policy and deal with the insurance company on your behalf. Even in cases where the fire was caused by something not necessarily covered in your policy, a fire lawyer can be very helpful.

If you or a loved one has suffered damages in this case, please click the link below and your complaint will be sent to a lawyer who may evaluate your claim at no cost or obligation.
Please click here for a free evaluation of your Wildfire Loss claim
Last updated on Oct-7-22

Carmel Valley, CA Wildfires raging in Central California have prompted a series of evacuation warnings this past weekend, including a pre-evacuation warning issued Sunday for Rancho San Carlos, White Rock and San Rancho Clemente due to the Soberanes Fire. READ MORE
LA Wildfire Explodes to 20,000 Acres

Santa Clara, CA: New evacuation orders were issued over the weekend for a wildfire in the Santa Clarita Valley area that has grown to more than 20,000 acres. The fire now threatens hundreds of homes in Sand and Placerita canyon areas. READ MORE
Alberta Wildfires Dubbed “The Beast” Still Burning Out of Control

Fort McMurray, AB: It’s been a tough week for Canada, a devastating week for Alberta and a horror for those displaced from the oil hub of Fort McMurray, after a massive wildfire, the dimensions of which have never before been seen, swept through their community and sent no fewer than 88,000 people fleeing for their lives. READ MORE