Send your Whistleblower claim to a lawyer who will review your claim at NO COST or obligation.
GET LEGAL HELP NOW

Who is a Whistleblower?

The term "whistleblower" stems from the English police officer, who would blow his whistle and alert other law enforcement officers and the general public of danger. Today, a whistleblower is typically an employee, former employee or member of an organization, including a corporation or government agency, who reports wrongdoing either internally (ie., to other people within an organization) or externally, including lawyers, the federal government, local and state agencies, watchdog and law enforcement agencies, or the media. 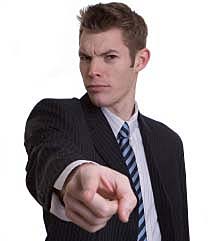 Typically, the whistleblower receives a percentage of the lawsuit settlement funds. Whistleblowing is legally protected according to the subject matter and sometimes the state where the case arises from employer retaliation, but many whistleblowers still lose their jobs or are harassed and ostracized by other employees.

Each year, hundreds of whistleblower cases are filed and they are increasing every year. Many whistleblower suits are settled for millions of dollars.

The federal Fair Claims Act allows private citizens to sue on behalf of the government and get a portion of awards in cases where firms defraud the government.

In July 2010, the Dodd-Frank Wall Street Reform and Consumer Protection Act went into effect, and contains increased incentives for securities fraud whistleblowers. It authorizes the Securities and Exchange Commission (SEC) to reward those who expose fraud at public companies with from 10 to 30 percent of the amount it recovers over $1 million. The SEC is anticipating a significant increase in complaints, such as of securities fraud including manipulation of a security's price or volume, Ponzi schemes, insider trading, theft, bribery of foreign officials, and more.

Once a tip is received, attorneys in the SEC enforcement division evaluate the information and decide if enforcement action is necessary, then the SEC has nine months from passage to implement rules governing the process. And the new law provides that information received prior to rulemaking will be included in the reward program.

Laws and statute of limitations for whistleblowing cases vary. For instance:

The most noteworthy whistleblower case involved a former FBI official who leaked information about President Richard Nixon's association with Watergate. The informant's identity was kept secret for 30 years until he identified himself in 2005.

In 2001, Vice President of Enron, Sherron Watkins blew the whistle on Enron's major accounting cover-up. The company and its auditors, Arthur Andersen, hid billions of dollars in debt, lied to their shareholders, and avoided paying federal income tax for years.

Depicted in a Hollywood film, The Insider shows the real-life story of how CBS reporters uncovered the malpractice and corruption of the tobacco industry and attempted to push past the corporate politics to have it aired on 60 Minutes.

Other whistleblower cases have involved misconduct in the FBI, the failure of government officials to protect the environment, illegal storage of hazardous waste, dumping of raw sewage and wastewater violations, nuclear accidents, corporate cover-ups, and more.

If you have identified illegal behavior by individuals or groups from a corporation or a government agency, please send your complaint to a lawyer by clicking on the link below. All your information will be kept private and confidential, and will only be sent to a lawyer who specializes in Whistleblower cases. There is no cost or obligation to have an attorney evaluate your whistleblower claim.
Please click here for a free evaluation of your Whistleblower claim
Last updated on Feb-18-19

Evidence of contaminated baby formula sounds like it should have been an “all-hands-on-deck” emergency for Abbott Laboratories and the Food and Drug Administration. Instead, it took the FDA nearly two years to send inspectors to the Sturgis, Michigan plant, where they found “shocking” conditions. By then two babies had died and several more had become ill. Had it not been for the dogged persistence of a whistleblower who filed federal and state OSHA complaints as well as an FDA complaint, the tainted formula could have hurt many more.
READ MORE
Kickback Scheme Spawns Humira Whistleblower Lawsuit and Investor Backlash

On May 17, an investor sued AbbVie, alleging that the manufacturer of Humira defrauded investors by permitting the company to engage in an illegal “kickback scheme” that caused the value of the stock to plummet. The shareholder derivative lawsuit arises from a number of whistleblower lawsuits, including one filed in California in 2018. These brought to light AbbVie’s scheme to induce doctors to prescribe Humira by showering them with cash, meals, drinks, gifts, trips, patient referrals and the services of nurse “ambassadors.” Ranney v. Gonzalez is just the latest fallout from AbbVie’s controversial “white coat marketing” efforts.READ MORE
The Whistleblower and H&M Unused Gift Cards - $36 Million Settlement

A whistleblower is getting a big payout after he filed a lawsuit under the New York False Claims Act, accusing H&M of keeping millions of dollars in unused funds from its gift cards. Rather than transferring unredeemed gift card balances to the Abandoned Property Fund as the law stipulates, H&M lied about an out-of-state company handling its gift cards business. But H&M didn’t count on the whistleblower: greed ultimately cost the fashion retailer $36 million—from keeping about $18.4 million in unused gift cards. Clearly, deception doesn’t pay when the whistle is blown.READ MORE

Posted by
timothy
on December 19, 2017
major problems with the medical establishment, abuse, fraud neglect. concerning a very serious disease morgellons. have been untreated, untested and forcibly made to go to phyciatric care and forced to take drugs that were unnessisary and harmful on at least 3 occasions. fraud to medicare, myself and to taxpayers. tens of thousands of dollars and still with the daily debilitating condition is there and they expect me to pay them for abuse, of their medical and law enforcement corruption.
Posted by
april shand
on February 13, 2017
I have Morgellons and I have been documenting my disease for awhile now.I want to be part of the Morgellons lawsuit if there is one?
Posted by
North Carolina
on April 15, 2015
I am being persecuted, and bankrupted by a local legal service non-profit attorney and everyone from the small claims court to our local district court are allowin ghim to do it. NC State bar which is only another non-profit and noone here cares whether you complain to them says they can only put sanctions on the lawyer once he is done committing the crime, my lawyer can only put sanctions and meanwhile we move forwards while the attorney brakes countless code of ethics laws and continues to cause thousands in damages to my business and he plans on keeping us in court with bogus claims until we brake and we have the extortion letter and the last 7 months to prove it. The NC DOJ says they can only investigate the complaint but no one seems to be alble to stop him from bankrupting me even though everyone agrees that what he is doing is wrong and unthical and even illegal. i can't press charges and no one will help me or his own clients who also have a claim against him but he won't let anyone tell them and he won't let them get their own representation so far he has cost me $52,000 and the number keeps going up and in another month or so of this he will have cost me my business which I purchased for $750,000. This lawyer braking all the rules to come after me clearly show how they are able to railroad anyone because they are above the law or they are doing this to me especifically because I am a disabled hispanic female. I am going to have to put 24 families out on the street because of what these people are doing to me. I have evidence of all my claims in the form of documents, video, complaints to every office I can think of documenting not only this case but another case that they were trying to come after me with that when they saw I would not just let them take what was mine from me so easily the other lawyer backed off so I wouldn't fight him as hard as I am fighting this lawyer, otherwise they would have bankrupted me out the gate the first year in business without having done anything wrong, in fact I am like mother teressa around here, I help the poor and they are SUPPOSED to be doing the same thing but they get rid of the small landlord that can't pay them off and all that is left is the big corporation that can pay for lawyers on both sides which is what they are around here on both sides, everyone in a 200mile radious couldn't help me because of a conflict of interest!!!! THEN WHO IS DEFENDING THE LANDLORDS??? I have done nothing wrong which is why I can shout what they are doing to me from the roof tops and why they have not been able to easily bankrupt me, please help there are so many other landlords in this area with THIS SAME STORY!
Posted by
Anonymous
on August 22, 2007
I am a Registered Nurse in Florida. I have been fiercely trying to help, along with Dr RW, CC RN and Dr SK, Patients who have been diagnosed with Morgellons Syndrome, aka Delusions of Parasitosis. These People are not Delusional and the US Government is trying to Cover up this Now Global Pandemic.

www.wsvn.com Fox News has covered this in the Body Bugs Part 1 and Part 2, I am predicting this next Global Event.

I have 30 people in Maryland with this that we know of.
I am in Contact with hundreds of people with this.
I have researched this extensively and know that It is through the mismanagement of Genetically Modified Crops that this is Occuring.
We can Blame Monsanto for this Disaster and the misuse of Pesticides and Toxins.

Go to www.whale.to/m/scott7.html and www.certichem.com to see what has been done with Expermental Spraying on Humanity. Certichem is trying to take down plastics because we have all been hormonally disrupted for 40 years.

We need to stop all pyrethines, Deets and go to TRUE Organics.
Antibiotics are not helping these people and they are Broke.
Look at Bt and its use in Genetically Modified Foods, in the Seeds of Destruction.

This is Causing more Disease than we will ever begin to comprehend.