Were you looking for Byetta or Diabetes Medication Lawsuits or Januvia lawsuits?
In March 2013 the US Food and Drug Administration (FDA) announced results of a study suggesting Victoza side effects could include an increased risk of Victoza pancreatitis. Victoza has already reportedly been linked in animal studies to an increased risk of a rare thyroid cancer, according to the FDA. So far, no Victoza lawsuits have been filed, although other drugs in the same medication class are the subject of lawsuits.

Send your Victoza Cancer claim to a lawyer who will review your claim at NO COST or obligation.
GET LEGAL HELP NOW 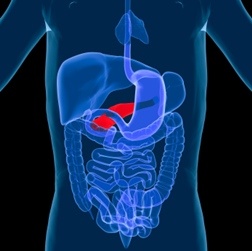 On March 14, 2013, the FDA issued a Drug Safety Communication, alerting the public to a study that suggested Victoza and other type 2 diabetes medications were linked to an increased risk of pancreatitis and pre-cancerous cellular changes, called pancreatic duct metaplasia. These risks were reportedly found in a group of drugs known as incretin mimetics, which includes Byetta, Bydureon, Victoza, Januvia and other medications.

At the time, the FDA said it was not changing the safety warnings of the drugs, but that it was reviewing data from the study, including requesting the methodology used so the agency could investigate the risk of pancreatic toxicity.

Other drugs in the incretin mimetic class have been linked to an increased risk of acute pancreatitis, including fatal and nonfatal instances of the condition. When Victoza was approved, the FDA noted that in five clinical trials of Victoza, there were seven cases of pancreatitis in patients using Victoza, compared with one case of pancreatitis in a patient who used a different diabetes medicine.

On April 19, 2012, the public advocacy group Public Citizen filed a petition with the FDA requesting the agency remove Victoza from the market. Public Citizen cited the risk of thyroid cancer, pancreatitis, serious allergic reactions and kidney failure as outweighing any possible benefits to the drug. In a news release, Public Citizen noted that two FDA pharmacologists and an FDA clinical safety reviewer advised against approving Victoza.

Victoza, known generically as liraglutide, is used to treat type 2 diabetes and is made by Novo Nordisk. It was approved by the FDA in 2010 to treat bype 2 diabetes. When Victoza was approved, the FDA noted that animal data suggested a rare type of thyroid cancer, known as medullary thyroid cancer, was linked to the use of Victoza. According to the FDA, studies in mice and rats showed liraglutide was linked to the development of tumors in the thyroid gland, "especially at doses that were 8-times higher than what humans would receive."

As a result, the FDA requested a Risk Evaluation and Mitigation Strategy for Victoza and further required a five-year epidemiological study of Victoza.

If you or a loved one has suffered damages or injuries from Victoza, please click the link below and your complaint will be sent to a Drug/Medical Device lawyer who may evaluate your claim at no cost or obligation.
Please click here for a free evaluation of your Victoza Cancer claim
Last updated on May-8-15

While cautious concern still exists with regard to Victoza side effects, the European Medicines Agency (EMA) has begun the process of actually allowing for expanded use of Victoza in the areas of the world governed by the EMA.READ MORE
Opinions Split on Victoza

Concerns about Victoza side effects, including a reported possible link between Victoza and cancer, have led to some critics requesting the type 2 diabetes drug be taken off the market. Not all studies, however, have confirmed the risk of cancer in patients taking Victoza.READ MORE
FDA Plays Down Victoza Cancer Concern, but Plaintiffs Beg to Differ

The US Food and Drug Administration (FDA) and the European Medicines Agency (EMA) may have agreed that there isn’t a lot to talk about with regard to Victoza side effects. To wit, the two health regulators have parked any provocative concern over pancreatitis and precancerous changes to the pancreas with regard to Victoza and other drugs in the incretin mimetics class. But that hasn’t stopped lawsuits brought by plaintiffs alleging Victoza and other similarly classed drugs did in their pancreas. And now the FDA is investigating another drug in the class over a concern for heart failure.READ MORE

Posted by
Sherry Sewell
on November 6, 2017
I took byetta for 3 yearsthen as put on victoza for 3 more years. I had my throid took out and it was cancer. I have have chronic constipation and last year had to have gallbladder removed. Have read that victors have had gallbladder trouble also.
Posted by
Luis mercado
on March 17, 2016
I have been on Victoza since February.
I will stop the medicine and inform my doctor I do not want Victoza!!
I take metformin and lantus which I hope is safe!

Posted by
Ruthie Thompson
on October 21, 2015
Yes my doctor put me on victoza back here in June 2015.For
Weight loss she said.I have nothing but constipation since I been on this meds.Took my self off 2/weeks now.Going to a new doctor now.Took blood work go back on the 10/28/2015.will have new doctor check my thyroids,my pancreatic,and what ever else to make sure no Damage has occurred,
Posted by
latissia
on October 10, 2015
My doctor gave me victoza i told him.now u know i dont take anything till i do my studies.its sitting on my counter.i came here and read all this sickening stuff im in tears inside.these doctors can care less about us or our problems.money in money out.im vert disappointed.its good to b your own advocate sometimes.take care of your self and do the homewoek.i knew it wasnt a good med.when i saw could cause kidney failure.u laughed in his face and told him.are u serious.do u really think im taking this.please please b careful.
Posted by
Rosy
on September 15, 2015
I was put on Victoza almost 2 months ago for weight-loss. Before that my Doctor put me on Metformin and I had a severe pain and nausea reaction within 48 hours. Then Byetta and same thing happened within 5 days. We then took about 1 week off and put me on Victoza.
Now, I have been to the ER twice, missed 1 week of work and school. I stopped taking it 2 days ago on my own, but still having severe pain in right abdomen, back, bruising, and weakness all over my body. I will probably end up in ER tonight. This is ridiculous. I can't believe they would give this medication out with these types of side effects!!
Posted by
Tony
on August 20, 2015
My dr.put me on victoza 2011_2012 anyway I got sick and had to go in the hospital that s when I was told it was the mediation.now I have pancreatitis issues/enzymes don't work have to take medicine for it,also I have calcium in my pancreas duct.can a lawyer help.I try one he said it wasn't enough evidence.
Posted by
Marta Orobitg
on August 13, 2015
I am using Victoza since March of last year. I started having pain in my right quadrant, severe ones. Since December I have lost my voice, for 8 consecutive month. I know I have a condition cause by Victoza. My pancreas was affected, and now my vocal cords. They have not check my tyroid. I know something is very wrong, the insurance do not cooperate as much as I need. The Doctor I don't think he is well inform in the side effects.
Posted by
Georgia
on January 29, 2015
I was placed on Victoza several months ago, And now I have been diagnosed with pancreatitis, and have been directed to stop the shots at once. Now I suffer from pain and digestive problems, that began after the use of the Victoza shots.
Posted by
Anonymous
on August 12, 2014
Singed up for a dietistion visit at my clinic. Advised Victoza as a weight loss drug and lower B/S count. B/S dropped 10 points. After 120 days large red bloches on skin, legs ,stomach , back. Pain start in lower back. Call clinic made appoint with doctor. Told and showed issues. I asked to be taken off now if possible. No weight loss. Now 90 days later bloches gone and every once and awhile pain inside me lower part of body. Going back for blood work and to thank them for letting me be a lab rat for them. Hopping I stopped in time that no permanate damage occurred.
Posted by
Oklahoma
on March 25, 2014
Diagnosed with a 2.7cm solid nodule on my thyroid. FNA biopsy revealed “atypical” cells. Have to repeat this procedure in 3 months and was told that if results are the same, my thyroid needs to be removed. No family history of thyroid cancer of any kind and no personal history of any thyroid problems at all until this year.
Posted by
New Jersey
on March 18, 2014
I was recently hospitalized for Acute Pancreatitis, which was attributed to my use of Victoza.
Posted by
Illinois
on November 16, 2013
My mother was diagnosed with diabetes and was put on Victoza. It's now 3 months later and she has non-operational pancreatic cancer. I'm sure she would be a candidate for a lawsuit.
Posted by
New Jersey
on November 9, 2013
On Victoza for several years. Pre-cancerous cellular changes were noted. Whipple procedure surgery performed 9/18/13. Have been in three different hospitals, and now in and out of ICU since 9/24. They cannot get internal bleeding under control.