Send your The Standard Denied LTD claim to a lawyer who will review your claim at NO COST or obligation.
GET LEGAL HELP NOW 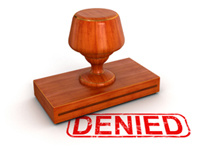 Policyholders have filed claims against The Standard, alleging their policies were improperly or unreasonably denied, reversed, or delayed. Among the tactics allegedly used by insurance companies are ignoring the evidence provided by medical professionals, claiming an injury is pre-existing, arguing the policyholder is able to work, or claiming the disability is not covered by the policy.

Insurance companies are legally required to uphold their end of an insurance contract, including paying out benefits as promised in the policy. They are also legally required to act in good faith, meaning legitimate claims must be paid willingly and promptly. Failure to do so could result in an appeal and/or a lawsuit being filed.

If the insurance policy is purchased as an employee benefit, then the policy is covered by the Employee Retirement Income Security Act (ERISA). In such situations, the policyholder must first exhaust the insurance company's appeals process before filing a lawsuit. Even when a lawsuit is filed, there are limitations on the evidence that will be presented before the court; only evidence included as part of the appeal with the insurance company will be considered by the judge. This means the appeal must be as in-depth, accurate, and thorough as possible. There are also strict deadlines that must be met or the appeal will be denied.

As such, policyholders who are filing an appeal of an improperly denied claim should consider speaking with an attorney about the best way to present their appeal.

Insurance policies that are not purchased as part of an employee benefits package are not covered by ERISA. In such cases, the policyholder may be able to file a lawsuit as soon as the insurance claim is denied, depending on the specific contract.

In 2014, Cassaundra Ellena was awarded $873,000 by a jury, which found that The Standard operated in bad faith when it denied Ellena's claim for long-term disability. Ellena was found by a judge with the Social Security Administration to be disabled from having any job due to lupus, but The Standard reportedly ignored the judge's opinion and the opinion of Ellena's doctor, arguing instead that special medications would help Ellena work.

The Standard is also known as Standard Insurance Company. It is a subsidiary of StanCorp Financial Group. The Standard offers both individual and group insurance policies.

If you or a loved one has suffered similar damages or injuries, please click the link below and your complaint will be sent to a lawyer who may evaluate your claim at no cost or obligation.
Please click here for a free evaluation of your The Standard Denied LTD claim
Last updated on Oct-14-20

Posted by
Cathy Collins
on March 19, 2017
Just to let you know how rotten they really are - I have been disabled since 2002 getting Long Term Disability monthly benefits without fail since that time.
Really Wonderful right? Well not so fast, I was trying to figure out why I did not get an increase yearly? At least not very much with a 6% COLA factor. I looked at all the previous years COLA factors they all start with a "1.", now how can that be? I looked at the COLA's for that time period that Social Security provides (Standard uses this), and I looked at the CPI-W fior the time period and they both are anywhere from 0 to 6% and when I do the calculation in my policy they are off, a lot less?
When I was doing the calculations I realized (been too sick before to see this) they had not been paying a compounded COLA, WOW, plus they have been paying the COLA on my NET, after they take out the offsets? Crazy by default in my mind it is on the GROSS. Not on the NET, that can change during the year as offsets come and go? One of my policy statement is the COLA can not go down in the year, mine does three times?
Before I purchased the Optional Plan B policy I went to a benefit presentation where Standard had a representative there to show how lucky we are with a 6% COLA, and it was compounded on the GROSS Long Term Disability Benefits, he actually worked out an example to show us how great the COLA factor was and that high percentage of people are disabled at sometime for 3-5 years In their lifetime.
My problem is to get Standard to pay the enormous difference since 2002, I am currently appealing, their last denial stated they calculated the COLA correctly? Not right....
Check your COLA factors (get the same documents Standard uses for the COLA's and for the CPI-W if it's used in the calculation.) Plus, make sure the following is true if your policy states it.
1. The COLA needs to be paid on the GROSS Long Term Disability Benefits.
2. Absolutely needs to be a compounded COLA, that means each year the new COLA is added to the Long Term Disability Benefits Total.
Just like when you receive a COLA at work or Social Security it's added to your existing benefit for ever, it's not gone the next year. Only adding it for the current year then a new COLA is added, Crazy.

My suggestion is to look at your COLA calculations, follow the statements in your Cost of Living section in your Policy.
The only statement I have for compounding and add to the Gross Long Term Disability Benefits is -

"Your Long Term Disability Benefits becoming payable under Plan B after you are eligible a COLA Benefit are increased by the COLA factor
in effect for the current. "

There are other statements but this is the important one, it's very convoluted I think it is specifically hard to understand as Standard Insurance definitely has a Conflict of Interest.

Please check your policies, let me know if you have an issue I'm definitely curious to know how many people have overlooked the COLA calculations and have an issue. Thanks


Posted by
Virginia Hetcher
on December 11, 2016
If you need a witness for this lawsuit I would definitely go to court to testify how bad Standard LTD is and this company is the worst of the worst. It took me 30 years to finally understand this company, and I think being a bad faith company is the least of it worries. I couldn't believe when I discovered what they have done, to most employees who are offered this they call a benefit, it will soon come to light, the lengths this company has gone through to never have to pay any claim whatsoever.