US citizens living, traveling, or working overseas, may find themselves victims of state-sponsored terrorism, terrorism that occurs with some form of government backing. In such cases, the victims or their family members may be able to file a lawsuit against the country involved in the terrorist act. Until recently, however, there was no way to collect the amount awarded against countries involved in government sponsored terrorism. A new fund created by the Justice for United States Victims of State Sponsored Terrorism Act may make it possible not only for victims and their families to obtain a judgment against the countries involved but to collect the amount awarded to them.

Send your State Sponsored Terrorism claim to a lawyer who will review your claim at NO COST or obligation.
GET LEGAL HELP NOW

State-sponsored terrorism refers to incidents in which countries have provided support for acts of international terrorism. Countries such as Iran, Beirut, Tanzania, and Saudi Arabia have faced civil lawsuits in US courts, with attorneys winning up to $12 billion against those countries. Those lawsuits are allowed thanks to a law passed in 1996 that allows victims of state sponsored terrorism to file civil lawsuits against the countries involved in those acts of terror.

Despite the court awards, however, most victims and their families have yet to see any money for the harm they suffered. 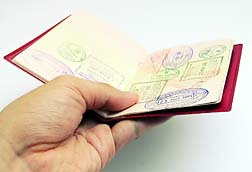 The Justice for United States Victims of State Sponsored Terrorism Act creates a fund that compensates eligible individuals who were injured during acts of state sponsored terrorism. The fund was created by Congress in late 2015, and will provide compensation to victims of international attacks, such as the bombing of the American Embassy and Marine Corps barracks in Lebanon in the early 1980s. It will also compensate Americans who were victims of the US Embassy in Tehran hostage-taking in 1979.

Kenneth Feinberg has been named Special Master to administer the fund. He will consider applications, determine eligibility, and calculate amounts payable. Feinberg's decisions are final and cannot be appealed in any court.

The fund will likely not pay in full the amounts awarded, but will provide some compensation to victims of state-sponsored terrorism. Money for the fund is drawn from penalties paid by BNP Paribas for violating sanctions against Iran, Sudan, and Cuba. Additional money will be added to the fund from cases involving violations of sanctions against Iran.

Filing a Claim to the Fund

Those who have final judgments dated before July 14, 2016, or who qualify as eligible as an Iran hostage, or the spouse or child of an Iran hostage, must file on or before October 12, 2016. From there out, claims must be filed within 90 days of the date a judgment is obtained.

To be eligible for payment under the United States Victims of State Sponsored Terrorism Act, individuals must:


Be an American who holds a final judgment issued by a US district court against a state sponsor of terrorism, awarding that individual compensatory damages linked to international terrorism; or

Be an American who was taken and held hostage from the US Embassy in Tehran, Iran, from November 4, 1979 to January 20, 1981, and be identified as a member of the proposed class in case number 1:00-CV-03110 (EGS), of US District Court for the District of Columbia; or

Be the spouse or child of a former hostage from the US Embassy in Tehran, Iran; or

Be the Personal Representative of a deceased individual who fits the above criteria.


To be eligible for the fund, however, victims must first have received an award in a US district court, meaning they have to file a lawsuit against the country (or countries) involved in the terrorist attack

If you or a loved one has suffered similar damages or injuries, please click the link below and your complaint will be sent to a lawyer who may evaluate your claim at no cost or obligation.
Please click here for a free evaluation of your State Sponsored Terrorism claim
Last updated on Sep-27-16

Washington, DC: Victims of state-sponsored terrorism have begun to receive compensation under the United States Victims of State Sponsored Terrorism Act (USVSSTA), with payments flowing as of March of this year. While that’s good news for victims and their families harmed by such acts of terror, lawsuits continue to be filed by plaintiffs alleging that the playing field, as it were, is far from level.READ MORE
New Law May Allow 9/11 Families to Take Saudi Government Officials to Court

Washington, DC: The most recent state-sponsored terrorism lawsuit under the recently-passed Justice Against Sponsors of Terrorism Act (JASTA) was filed earlier this month, within a week of the US Presidential election. The daughters of Emeric J. Harvey, the owner of a trading company housed at the former World Trade Center who died in the 9/11 attacks, have filed a wrongful death lawsuit.READ MORE