Send your Reliance Standard Denied Disability claim to a lawyer who will review your claim at NO COST or obligation.
GET LEGAL HELP NOW 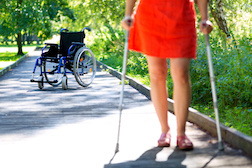 Reliance Standard has been selling insurance since 1906. The life insurance company is a member of Tokio Marine Group, a global insurance group incorporated in Japan and listed on the Tokyo Stock Exchange. On its website, the group emphasizes three “Good Company principles”, which are also shared with Reliance: “Look Beyond Proﬁt, Empower Our People, and Deliver On Commitments”, but denied disability claimants allege that Reliance has put profit before people and hasn’t delivered on commitments.

Reliance offers LTD in all states, with the exception of New York, the District of Columbia, Puerto Rico, the U.S. Virgin Islands and Guam. In New York, LTD insurance products and services are offered by First Reliance Standard Life Insurance Company.

First Reliance Standard policyholders have filed denied disability lawsuits—personal injury cases—against the insurance company claiming bad faith insurance practices. If you have had your claim denied, or if your claim was granted and then later terminated, you may be eligible for additional benefits.

According to a published court opinion, Reliance defines disability in its policy as follows: “…to qualify for disability during the initial 24-month period of coverage, an Insured must demonstrate an inability to perform material duties of her regular occupation. To qualify for benefits after 24 months, a claimant must be unable to perform the duties of “any occupation” which is defined as an inability to perform the material duties of any occupation that her education, training or experience reasonably allow. In addition, under the Mental or Nervous Disorders Limitation, benefits are not payable beyond 24 months for any disability that is caused by or contributed to by a Mental Disorder, including anxiety and depression.”

As well, some claims are denied or underpaid due to the policy or claim itself, such as:

Along with offering STD and LTD policies as group plans to employers, which are subject to strict federal regulations known as the Employee Retirement Income Security Act (ERISA), Reliance Standard also offers certain voluntary group plans that may be exempt from ERISA.

Many Reliance Standard lawsuits stem from denial of legitimate Reliance long term disability insurance claims—where the insurance company allegedly unfairly and improperly fails to compensate the insured for a loss covered by their policy, or unreasonably delays making payments due under the policy.

One case, Okuno v. Reliance Standard Life Insurance Company, was decided in 2016 by the United States Court of Appeals for the Sixth Circuit, where the claimant was denied LTD based on a pre-existing condition.

The claimant was diagnosed with Crohn’s disease and other serious ailments and later developed depression related to her physical condition that rendered her unable to continue working. Reliance Standard denied her claim based on its disability insurance policy “Mental or Nervous Disorders” limitation: It limited disability benefits to a payable period of 12 months where the disability was “caused by or contributed to by mental or nervous disorders.” The policy also had a provision regarding “pre-existing conditions” that restricted benefits for a total disability “caused by,” “contributed to by,” or “resulting from” a pre-existing condition.

But the claimant and her insurance attorney successfully argued in court that, “disabled by physical conditions alone, then the mere presence of a psychiatric component or condition does not justify application of the one-year limitation on benefits due to a mental health condition”. The lawsuit was filed in federal district court after the claimant’s initial denial and three appeals, which demonstrates the value of an experienced disability insurance benefits lawyer.

In a 2017 wrongfully denied disabilities case, the claimant suffered Interstitial Lung Disease and required a bilateral lung transplant. First Reliance Standard initially approved and then denied LTD based on medical reviews by one of its in-house nurse case managers who had never seen the claimant, and disregarded the medical reports of the claimant’s treating physicians. In the appeal, ERISA attorneys submitted a Functional Capacity Evaluation from a well-respected therapist and letters from treating physicians, which resulted in First Reliance Standard reinstated his LTD and life waiver of premium claims.

If you or a loved one has suffered similar damages or injuries, please fill in our form and your complaint will be sent to a lawyer who may evaluate your claim at no cost or obligation.
Please click here for a free evaluation of your Reliance Standard Denied Disability claim
Last updated on Oct-14-20

Washington, DC: Long term denied disability lawsuits against employer-based plans are notoriously hard to win. But the rules may be about to change. Marcin v. Reliance Standard Life Insurance Company and Mitre Corporation Long Term Disability Insurance Program a 2017 decision by the United States Court of Appeals for the District of Columbia, may be the beginning of the end for a judicial precedent that has left LTD claimants without much hope of relief from the courts.READ MORE
READ MORE LTD Insurance Fraud Settlements and Legal News
READ MORE Insurance Settlements and Legal News

My former employer requested that I apply for STD benefits after they highly recognize that the position I was in was so stressful. Co-workers working on the job for years have been degrading new hire that will make the working environment so hostile and discomfort. As being a new hire myself, felt the stress almost immediately.

By being there for a short while, I start not feeling like myself, calling in sick and going to the doctor. That’s not normal for me as I normally don’t get sick. The doctor notice that something was wrong - you are stressed out? I explain about the new job how co-workers degrade you, having the customer think you are not doing your job; and putting themselves up high on the ladder like they are the only one know what they are doing and the only one doing the job, and talking and use profane language at you. Then my blood pressure started elevate and my doctor got alarmed and say if it does not go back down, you will be put on medication.

So when my STD benefits ran out, the representative put me in for LTD benefits and this made me more stressful and my blood pressure starts to climb and now taking medicine for it. The male representatives we handling my claim continue to asked for information that he already had as it is delaying my claim, giving me the run around as he continue to delay my claim and at the same time was very unprofessional and rude. He repeatedly asking for something that he already had as it delays my claim and then that raised my blood pressure. I had to ask for his manager and she explains what was going on.

So the manager assigned another male representative that was worse than the first one, so unprofessional, kept repeating requesting doctors’ records that they already had as they prolong this claim for from November 2018 until present.

So today, I got deny LTD because they stated that my condition is pre-existing. I was not stressful nor did I have high blood prior to this new stressful job hut in good health prior.

Posted by
tambra may
on August 14, 2018
I was told that my claim would be approved or disapproved within 90 days. I've had to fax or mail my records because Brittany, my claim officer, kept saying she wasn't receiving them. I ask her Aug 6th who would have the final say as to whether I received my benefits or not. She stated that would be her. Every time I question her about my case, I receive a letter a few days later stating my info has been sent for medical review. How many times does it have to be reviewed is my question but I never get an answer. I feel I'm being scammed and just being delayed intentionally. Any and all help with this company would be greatly appreciated.