Were you looking for Paxil PPHN lawsuits?
Some studies suggest that babies exposed to Paxil (paroxetine) during certain times before birth run a risk of experiencing Paxil side effects. Those Paxil-related birth defects include a risk of persistent pulmonary hypertension of the newborn (PPHN), oral cleft, Hypoplastic Left Heart Syndrome and coarction of the aorta. A potential link between Paxil and birth defects has been reported in published studies including one published in the New England Journal of Medicine. Additionally, some victims have filed a Paxil lawsuit alleging Paxil birth defects.

Send your Paxil Birth Defects claim to a lawyer who will review your claim at NO COST or obligation.
GET LEGAL HELP NOW 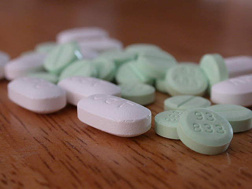 Paxil, known generically as paroxetine, is in a class of drugs known as Selective Serotonin Reuptake Inhibitors (SSRIs). SSRIs work by increasing or restoring serotonin levels in the patient's brain, which can help relieve depression. Paxil is used to treat patients with major depressive disorder and obsessive-compulsive disorder.

Studies suggest that Paxil can increase the risk of birth defects when taken by pregnant women, although the doses used in these studies were higher than normal therapy doses. Paxil is excreted in breast milk, and it may cause excessive sleepiness and/or weight loss in a nursing infant so it is not recommended that women breastfeed while taking Paxil.

The FDA classifies Paxil as Pregnancy Category C, meaning that studies in animals suggest the medication could be linked to an increased risk of birth defects; however, there are no well-controlled studies involving humans. As a result, the FDA recommends that Paxil only be used during pregnancy if the benefits outweigh the risks. 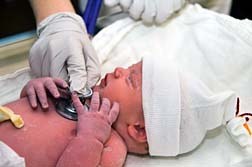 In February, 2006, the New England Journal of Medicine published a study suggesting that babies exposed to antidepressants such as Paxil in the last trimester were six times more likely to be born with PPHN than babies who were not exposed to SSRIs.

Babies born with PPHN have abnormal blood flow through their heart and lungs, and their bodies are deprived of oxygen. This lack of oxygen can cause organ failure in the infant's brain and kidneys. Approximately 20 percent of babies born with PPHN do not survive, and those that do may have long-term breathing problems.

In December 2011, the FDA issued an announcement that any link between the use of SSRI medications while pregnant and the development of PPHN is premature.

A study published in the July 2011 issue of Obstetrics & Gynecology suggests a link between Paxil and neural tube defects. Researchers reportedly found that use of citalopram (a different SSRI) during the first trimester of pregnancy is associated with an increased risk of having a baby with a neural tube defect, including spina bifida.

A study published in the journal Archives of General Psychiatry suggests that women who take an SSRI antidepressant during the 12 months before delivery are at an increased risk of having a baby diagnosed with autism spectrum disorder. According to researchers, women who took an SSRI during the 12 months before delivery had approximately twice the risk of having a baby with autism. When women took an SSRI during the first trimester, the risk of a baby born with autism spectrum disorder jumped to approximately four times that over women who did not take an SSRI.

Other birth defects linked to the use of SSRIs:

Paxil and Hypoplastic left heart syndrome: Hypoplastic left heart syndrome occurs when the left side of the infant's heart—including the mitral valve, left ventricle and aorta—does not develop fully, possibly resulting in sudden death. Patients may require a heart transplant to survive. Furthermore, patients who survive may have to undergo additional surgery as they age.

Paxil and Pulmonary Stenosis: Pulmonary stenosis is a narrowing of the pulmonary valve, resulting in decreased blood flow to the lungs.

Paxil and Septal Defect: A septal defect is a hole that develops in the wall of the infant's heart. This can cause improper blood circulation, which forces the heart to work harder than it should to pump blood. Patients may require open-heart surgery.

Paxil and Transposition of the Great Arteries: Also known as transposition of the great vessels, this occurs when the aorta and the pulmonary artery, which carry blood away from the heart, are reversed. It can result in a lack of oxygen in the blood and often requires surgery to recover.

Paxil and Craniosynostosis: Craniosynostosis occurs when one or more of the sutures in an infant's skull harden prematurely, which can cause an oddly shaped skull, intracranial pressure, and a lack of growth in the child's head. A 2007 study, published in the New England Journal of Medicine (06/28/07), suggested a link between the use of SSRIs during pregnancy and craniosynostosis.

Paxil and Cleft Palate: A cleft palate occurs when the separate parts of the skull that form the roof of the mouth do not join. A cleft palate can cause problems with feeding, speech and breathing and can also cause ear infections and hearing loss. Some infants may require surgery to recover.

Paxil and Cleft Lip: A cleft lip is a facial defect affecting the infant's upper lip, which can cause delays in speech and language. The cleft can be minor or severe, sometimes requiring surgery.

Paxil and Club Foot: Club foot occurs when the bones, joints, muscles and blood vessels in an infant's leg and foot develop abnormally. Club foot can cause pain and problems with mobility.

If you or a loved one has suffered damages in this case, please click the link below and your complaint will be sent to a Paxil lawyer who may evaluate your claim at no cost or obligation.
Please click here for a free evaluation of your Paxil Birth Defects claim
Last updated on Mar-18-12

A Canadian class-action case filed against pharmaceutical giant GlaxoSmithKline (GSK) on behalf of women whose babies were born with SSRI birth defects is set to begin against a rising tide of concern about the use of antidepressants by pregnant women.READ MORE
Paxil Birth Defects Class Action in Canada

A Canadian woman’s Paxil birth defects case against the pharmaceutical giant GlaxoSmithKline (GSK) has been certified as a class action in early December. “We have been contacted by at least 20 potential class members across Canada since the case was certified,” says Paxil attorney David Klein.READ MORE
Paxil Birth Defects Lawsuit Afforded Class Action Status in Canada

It is considered the first Paxil birth defects lawsuit given class action status in North America. And no, this one is not in the US but in Canada, after a woman whose daughter was born with a hole in her heart has taken Paxil manufacturer GlaxoSmithKline to court over the issue.READ MORE

Posted by
Ohio
on September 16, 2014
I believe that taking Paxil when I was pregnant caused my son to not only have club feet at birth, but to be on the autism spectrum.