Were you looking for Benicar lawsuits?

Olmesartan has been linked to serious gastrointestinal side effects, including an increased risk of sprue-like enteropathy. Olmesartan (sold as Benicar, Benicar HCT, Azor, Tribenzor, and other generics) is used to treat high blood pressure, but the US Food and Drug Administration (FDA) has issued a warning about the risk of sprue-like enteropathy, a potentially serious condition that could require hospitalization. Attorneys are investigating possible olmesartan lawsuits alleging the makers of olmesartan products did not adequately warn about the risks.

Send your Olmesartan Side Effects claim to a lawyer who will review your claim at NO COST or obligation.
GET LEGAL HELP NOW

Olmesartan (Benicar) is in a group of drugs known as angiotensin II receptor blockers (ARBs), used to treat high blood pressure. So far, olmesartan drugs are the only to be linked to sprue-like enteropathy. 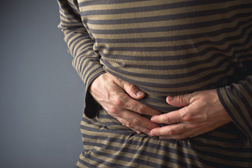 A study published in Mayo Clinic Proceedings (August 2012) suggested a link between olmesartan (Benicar) and sprue-like enteropathy. Researchers found that of 22 patients seen at a hospital for unexplained chronic diarrhea and enteropathy while taking olmesartan, symptoms of 18 patients improved after they stopped taking the medication.

On July 3, 2013, the FDA warned that use of olmesartan could cause sprue-like enteropathy. The FDA noted that it was evaluating the safety of the products, but said the announcement was made after data from the Adverse Event Reporting System showed "clear evidence of an association between olmesartan and sprue-like enteropathy." At the time, the FDA requested an update to the labels of olmesartan products to warn about the increased risk.

If you or a loved one has suffered similar damages or injuries, please click the link below and your complaint will be sent to a lawyer who may evaluate your claim at no cost or obligation.
Please click here for a free evaluation of your Olmesartan Side Effects claim
Last updated on Mar-17-15

While all medications have side effects, it’s evident that some side effects are more serious than others. In the case of Benicar side effects, a malady known as sprue-like enteropathy can trigger chronic diarrhea and other gastrointestinal ailments that have the potential to foster weight loss, dehydration and serious health issues going forward.READ MORE
Benicar Sprue-Like Enteropathy More Than Just “Unpleasant”