Were you looking for Meridia Study lawsuits?

The weight-loss drug Meridia sibutramine continues to be sold in the US, despite serious Meridia side effects, including Meridia heart attack and Meridia stroke.

Send your Meridia Sibutramine claim to a lawyer who will review your claim at NO COST or obligation.
GET LEGAL HELP NOW 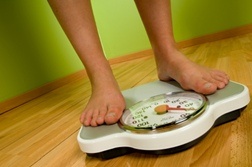 Sibutramine, which is marketed as Meridia (sibutramine hydrochloride) in the US, was approved by the FDA in 1997 for management of obesity, including weight loss and maintenance of weight loss, to be combined with diet and exercise. In 2009 a major study found that patients with a history of cardiovascular disease who took the medication had an elevated risk of heart attacks and strokes.The side effects of Meridia also include uneven heart beat and shortness of breath.

The FDA requested that the manufacturer add a new warning to the sibutramine drug label stating that sibutramine is not to be used in patients with a history of cardiovascular disease, including: The study, named the Sibutramine Cardiovascular Morbidity/Mortality Outcomes in Overweight or Obese Subjects at Risk of a Cardiovascular Event (SCOUT) began in 2002. The FDA was made aware of the findings in November 2009.

Sibutramine is the key ingredient in Meridia, which is related to the amphetamine family of stimulants. It was recently found in pai you guo, a Chinese weight-loss drug sold over-the-counter, even though the FDA has warned that the appetite suppressant is linked to increased risk of heart attack and stroke for those with a history of caridovascular disease. 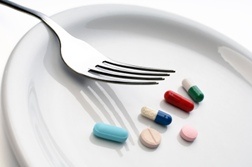 The European Medicines Agency pulled Meridia (sold as Reductil, Reduxade and Zelium in Europe) from the market and on January 21, 2010 Abbott Laboratories stopped marketing its weight loss pill in Europe after regulators there said the drug increases the risk of heart attack and stroke when used by heart disease patients. The European Medicines Agency said that the risks of these medicines are greater than their benefits, yet it is still sold in the US, but with a stronger warning label.

The consumer advocacy group Public Citizen asked the FDA to ban Meridia in 2002 due to increasing numbers of deaths and cardiovascular adverse effects attributable to Meridia. According to Public Citizen, Meridia has been linked to more than 80 deaths, including 30 people under age 50. In December 2009 it issued a second request to remove Meridia from the market.

In a letter to Abbot dated July 19, 2002, the FDA said that information about seven deaths associated with Meridia was not reported properly to the agency, that one death was not reported to the FDA at all, and that Abbott's reports on three other Meridia deaths were incompletely reported.

The letter further said that Abbot violated rules to provide the agency with data on serious adverse events involving Meridia within 15 days of receiving the information. Drug companies must report adverse reactions to the FDA because later reports can often show adverse side effects that don't appear in clinical trials.

The FDA is currently evaluating whether regulatory action needs to take place. The agency will hold its public advisory meeting in September 2010. Abbot's global sales of sibutramine drugs in 2009 were about $300 million.

If you or a loved one has suffered an adverse health event from consuming this product, please click the link below and your complaint will be sent to a lawyer who may evaluate your claim at no cost or obligation.
Please click here for a free evaluation of your Meridia Sibutramine claim
Last updated on Jun-27-10

After Meridia Recall, Drugmaker Has Setback with Blood-Testing Strips

Abbott Laboratories, which withdrew a diet drug from the market in October due to Meridia side effects, has announced the recall of approximately 359 million blood-sugar testing strips because they could give low readings that are inaccurate, the Wall Street Journal reports.READ MORE
Meridia: FDA Issues Warning About Sibutramine

Following the announcement earlier this year that Meridia was being withdrawn from the market due to increased risk of Meridia side effects, some consumers might have turned to dietary supplements to help with their weight loss. The risk of Meridia heart attack and Meridia stroke may have led to the US Food and Drug Administration (FDA) requesting the weight loss medication be pulled from the market, but that has not stopped dietary supplement manufacturers from using sibutramine, the active ingredient in Meridia, in their products.READ MORE
Will the FDA Learn from Meridia Sibutramine?

When is a cure not a cure? When the so-called "'cure"' turns out to be worse than the disease, and the risks outweigh the benefits. Such is the case with Meridia sibutramine, a weight-loss drug introduced with much promise in 1997, only to be pulled from the market this year.READ MORE

Posted by
Alabama
on October 21, 2010
Enlarged heart after taking Meredia, now permanently on blood pressure meds that contain beta blockers. I am now on disability retirement due to COPD and fibromyalgia. I think this drug has played a role in my disabilities.