Out of Network Health Insurance Overcharges

The New York Attorney General's Health Care Report has determined that the Consumer Reimbursement System is 'Code Blue': they found its database to be "unreliable, inadequate and wrong". For the past year, legal experts have been conducting investigations into allegations that health insurance companies conspired to reduce insurers' reimbursements by charging them with too much of the cost of out-of-network care. 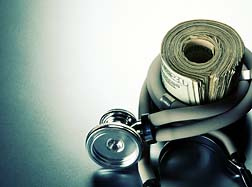 Allegedly, some of the nation's biggest health care companies underpaid millions of people across the country when it determined insurance reimbursements for out-of-network care. The companies include Aetna, Blue Cross Blue Shield, Cigna, Health Link, Unicare, United Health Care, and Wellpoint/Anthem, and their subsidiaries.

Most health insurers use schedules compiled by Ingenix, Inc. ("Ingenix") in determining reimbursement rates for out-of-network care. Investigators revealed that a monopoly was created through Ingenix: the Ingenix database is supposed to fairly reflect the market where the consumer lives. However, as a wholly-owned subsidiary of UnitedHealth, Ingenix has a conflict of interest in preparing schedules that are supposed to fairly reflect the market.

Ingenix gathers billing data from the largest health insurers in the country and then sends back schedules to those health insurers and others, based on the pooled data, which the insurers use as a benchmark to set their reimbursement rates.

Health insurers allegedly manipulated the data they submitted to Ingenix so they could depress reimbursement rates based on the data pool, which forces consumers to pay more. According to the New York Attorney General, the insurers and Ingenix manipulate the data to skew the "usual and customary" rates downward. This means that many consumers were reimbursed far less than they should have been for out-of-network medical services. The Healthcare Industry Taskforce Office of the New York State Attorney General found that the Ingenix databases understate market rate by up to 28 percent across the state for an ordinary doctor's office visit: this means losses of hundreds of millions of dollars for consumers over the past ten years in the United States.

As well, the consumer doesn't know before choosing a doctor what reimbursement rate to expect from the insurer because Ingenix databases are a "black box" to the consumer.

Since its investigation, the New York Attorney General's office announced settlements with United Health and some other insurers over the artificially low reimbursement. Under the settlements, Ingenix will no longer provide the data to establish the "usual and customary" rates; instead, a new, independent database run by a qualified nonprofit organization will determine the rates.

Wellpoint, the country's largest health insurer, agreed to pay $10 million to settle allegations of price fixing brought by New York State's Attorney General Andrew Cuomo. WellPoint is now the seventh insurer to end its relationship with the defective Ingenix database and it agreed to pay $10 million to a qualified non-profit organization that will establish a new, independent database to help determine fair out-of-network reimbursement rates for consumers throughout the US.

Other Insurance Companies Under Investigation

Many health insurance companies go by different names. One is WellPoint, Inc., one of the nation's largest health insurance companies. WellPoint serves customers throughout the United States, under various names and subsidiary companies, or affiliates including the following: If you believe your health plan used inadequate "usual and customary" rates to pay your out-of-network doctor, and you had to pay the difference, you should seek legal help.

If you or a loved one has suffered damages in this case, please click the link below and your complaint will be sent to a lawyer who may evaluate your claim at no cost or obligation.
Please click here for a free evaluation of your Out Of Network Medical claim
Last updated on May-26-09

OUT OF NETWORK MEDICAL LEGAL ARTICLES AND INTERVIEWS

When it comes to understanding health insurance, some of the most complex issues may revolve around out of network medical expenses. Out of network charges can be costly and they can be unexpected. That is because many people may not be entirely clear on what constitutes out of network medical care. Even within one facility, various procedures may be considered out of network services, and can carry high fees.READ MORE
Patients Allegedly Over-Billed for Out Of Network Medical Care

Posted by
Colorado
on January 25, 2010
I was admitted from the emergency room into the hospital and taken to surgery by an out-of-network doctor. The surgeon/trauma doctor on call and was not contracted with our insurance company because he only sees patients emergently, and this was an emergency situation. I did not have a choice of doctors, I was treated by the physician on call and I feel I should not be penalized for getting a non participating physician in an emergency situation. I also feel since I went to a participating facility that my policy should have covered the claim for the doctor.
Posted by
Iowa
on May 7, 2009
In 2005 I had two cancer operations that required plastic surgery. My doctor sent me to "the best". He did a fantistic job. United Healthcare paid for the first one but denied $2,005 for the second one because the Dr. was "out of network".