A crime is an act (or failure to act) that violates a public law. Los Angeles criminal law is governed by local, state and/or federal governments and some criminal law varies from state to state. Los Angeles criminal law is different from civil law in that it seeks punishment that goes beyond the actual monetary damages from a crime. For example, a person convicted of a criminal offense can be required to spend time in prison or in house arrest and can face probation or fines as well as having money or property seized. Because of that, it is important for anyone charged with a crime in the Los Angeles area to have his rights protected by a Los Angeles criminal defense attorney.

Send your Los Angeles Criminal Law claim to a lawyer who will review your claim at NO COST or obligation.
GET LEGAL HELP NOW 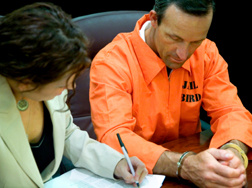 For people who have been charged with a crime, facing the court system can be a scary process. An experienced Los Angeles criminal defense attorney can help the accused through the legal process. A Los Angeles criminal defense lawyer can help in many areas of law, including domestic violence, assault/battery, kidnapping, child abuse, drug possession, DUI/DWI, grand theft auto, hit & run, identity theft, perjury, prostitution, rape, shoplifting, trespassing, vandalism--and can also help with expungements and motions to vacate. Furthermore, a Los Angeles defense attorney can help people who are in the US illegally and who face deportation for the crimes they are accused of committing. If you have been charged with a crime in Los Angeles, it is best to seek help from an LA defense attorney who is familiar with LA law. 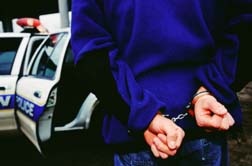 Drug crimes in Los Angeles involve use of both illegal drugs and controlled substances (such as prescription drugs) that have been illegally obtained. The severity of the sentence depends partly on the amount of drugs found in the defendant's possession, as well as whether the defendant has any previous crimes.

People who are caught driving with a blood alcohol concentration of 0.08 percent or higher in Los Angeles can be charged with a DUI—or DWI (Driving While Intoxicated). The first offense involves between 96 hours and six months in prison, a six months suspended license and fines of between $390 and $1,000.

Assault generally involves one individual attempting to physically harm another or acting in a way that makes the other person feel threatened. Battery often refers to an incident where a person actually causes physical harm to another. If the injuries are serious or if there was a deadly weapon used in the incident, the charge can be increased to "aggravated assault." An assault and battery offense can include situations arising from domestic violence, neighbor disputes, bar fights or any other type of altercation where injury is either attempted or caused.

Kidnapping involves the use of force or threats to move another person a significant distance without their consent. Punishment for kidnapping can involve time in prison—up to life in prison depending on the circumstances—and, in cases involving child custody issues, hefty fines.

Murder involves the premeditated killing of another person. If a person is accidentally killed while another type of felony offense is being committed, the defendant may also face murder charges.

Criminal threats include a wide range of offenses ranging from terrorist threats, to online threats or email threats, to "lover's triangle" threats in which someone expresses their intent or desire to harm a former lover or new girl/boyfriend or spouse. Stalking involves intentionally and maliciously harassing and/or following another person. People accused of threats or stalking could face a restraining order, fines, loss of right to vote, and/or jail time, depending on the circumstances.

Although crimes committed by someone under the age of 18 are considered juvenile crimes, if the crime is severe the juvenile could be tried and sentenced as an adult. Furthermore, juveniles can be charged for crimes even if they are only doing something they are not legally old enough to do, such as consuming alcohol. Crimes that are considered California juvenile crimes include: drug use or possession, vandalism, truancy (skipping school, cutting class or playing "hooky"), running away from home, shoplifting, arson, and gang-related activity. 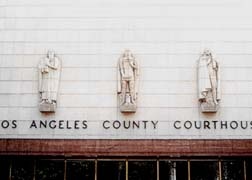 In 1994, voters in California approved the "Three Strikes Law". What that means is that a person who is convicted of a crime—typically a more serious crime such as murder, robbery, burglary, assault—on three or more separate occasions will receive a mandatory life imprisonment sentence with no possibility for parole until at least 25 years have been served. It is possible with California 3 Strikes Law for someone to receive more than one "strike" as part of one case. For example, a robbery that results in a rape would most likely be considered two "strikes" even though they occurred at the same time. Because of this, if you have been charged with multiple offenses—at once or over time—it is important to seek the help of an LA defense attorney who is experienced in California law and California criminal code.

In 2000, California voted to amend the Three Strikes Law so that those convicted of drug possession might receive drug treatment or drug rehabilitation instead of a mandatory life sentence upon their third drug conviction.

Any Los Angeles crime that leads to a conviction, either of a misdemeanor or a felony, can be punishable with jail or prison time, fines, probation, parole, loss of right to own a deadly weapon, drug treatment/counseling, anger management classes, loss of California driver's license, and inclusion of the offense on your criminal record, which can affect your ability to find employment in the future.

An LA defense lawyer can research and review a criminal offense case in order to assess whether the charges can be challenged and a lesser punishment be imposed.

Although the sooner a defendant can contact a Los Angeles criminal defense lawyer the better, defendants can contact a lawyer at any stage in the legal process.

If you or a loved one has suffered damages in this case, please click the link below and your complaint will be sent to a lawyer who may evaluate your claim at no cost or obligation.
Please click here for a free evaluation of your Los Angeles Criminal Law claim
Last updated on Dec-19-10

The Los Angeles defense attorney for Michael Jackson's former doctor said recently that they would be ready to go to trial within the statutory time limit of 60 days, The Associated Press reports.READ MORE
Judge Says Mentally Ill Immigrants Have Right to LA Defense Attorney

A federal judge has ruled that immigration officials must provide a Los Angeles defense attorney for two mentally disabled men who are fighting deportation, The Associated Press reports.READ MORE
Los Angeles Criminal Defense Attorney Lisa Budris: "Passionate about What I Do"

When it comes to being a Los Angeles criminal defense attorney, Lisa Budris, attorney at The Budris Law Group, is passionate about her work. As a Los Angeles criminal defense lawyer, Budris has represented people accused of a variety of crimes. And Budris says that many of them are scared when they hire an LA defense attorney.READ MORE
READ MORE Criminal Law Settlements and Legal News