Ketek is an antibiotic that has been linked to Stevens Johnson Syndrome and other side effects, including hepatitis and liver damage. SJS is typically caused by an allergic reaction to a drug.

Send your Ketek SJS claim to a lawyer who will review your claim at NO COST or obligation.
GET LEGAL HELP NOW

Ketek (Telithromycin) is an antibiotic that is used to treat bacterial infections in the lungs and sinuses. In 2007 the FDA required Sanofi Aventis, the Ketek manufacturer, to add a black box warning to the Ketek label after the drug was linked to Ketek liver damage, liver failure and death. It has also been linked to Stevens Johnson Syndrome (SJS).

SJS and its more severe form, Toxic Epidermal Necrolysis (TEN), are very serious conditions that severely impact the patient's mucous membranes. Although they start out with fevers and seemingly benign symptoms, they can very quickly develop to lesions and blisters, bleeding from the eyes and lips, and sloughing off of the patient's skin. Most patients with Stevens Johnson Syndrome are treated in burn wards because their symptoms so closely resemble those experienced by burn patients. 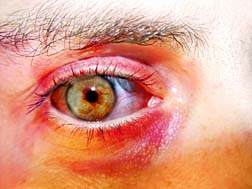 Stevens Johnson Syndrome and Toxic Epidermal Necrolysis have mortality rates of around 30 percent and 70 percent, respectively. Patients who survive their ordeals may face permanent blindness, extreme sensitivity to light, lung damage and permanent scarring. Furthermore, many patients must endure multiple surgeries during their recovery.

Issues with Ketek and Stevens Johnson Syndrome came to light in 2007, after a Canadian woman developed Toxic Epidermal Necrolysis following the use of Ketek to treat a sinus infection. The young woman spent 4 weeks in a burn unit following her allergic reaction to the antibiotic.

Ketek, also known as telithromycin, is a ketolide antibiotic. The drug was approved for use in April 2004 for mild to moderate respiratory infections, community acquired pneumonia, acute bronchitis and sinusitis. However, following reports of liver damage and liver failure, the FDA removed from the label the drug's approval for use in the treatment of acute bacterial sinusitis and acute bacterial exacerbations of chronic bronchitis. Ketek is only approved for the treatment of mild to moderate cases of pneumonia acquired outside hospitals or long-term care facilities.

Sanofi-Aventis, the maker of Ketek, has come under fire for its clinical trials used to get the antibiotic approved for the market. Among the allegations against the drug-maker are that it ignored serious issues in its clinical trial, ignored violations of protocol in its investigations and allowed unqualified investigators to participate in its trials.

2001 and 2003: The FDA refuses approval of Ketek pending further analysis and information.

April 2004: The FDA approves Ketek for treating the following: June 2006: The FDA's conduct regarding Ketek is under investigation by House Representatives Edward Markey (D-MA), and Henry Waxman (D-CA), senior Democrats on the House Energy and Commerce Committee. On May 1, 2006 the lawmakers sent a letter to the FDA questioning its actions surrounding the approval of Ketek.

December 2006: Senate Finance Committee releases a report that concluding that "FDA officials did not tell the advisory panel in 2003 that a Sanofi Aventis safety study, called 3014, was flawed."

A panel of FDA advisers recommend severe restrictions on Ketek. The FDA removes two of its approved uses (bacterial sinusitis and chronic bronchitis) and requires a black box warning on the drug.

2007: A Canadian woman is diagnosed with a more severe stage of Stevens-Johnson Syndrome after she allegedly took Ketek. Sanofi-Aventis Canada reportedly did not update its label to reflect a warning about the development of SJS.

LawyersandSettlements interviews a woman in Texas who developed SJS after taking Ketek.

January 2009: Sanofi-Aventis Canada acknowledges "Spontaneous cases of toxic epidermal necrolysis (TEN) and Stevens Johnson syndrome (SJS) have been reported; however, a causal association between the administration of Ketek and development of SJS and TEN has not been established."

If you or a loved one has suffered from Stevens Johnson Syndrome (SJS) after taking Ketek, please click the link below and your complaint will be sent to a lawyer who may evaluate your claim at no cost or obligation.
Please click here for a free evaluation of your Ketek SJS claim
Last updated on Jul-20-11

A Pennsylvania jury's ruling that Johnson & Johnson must pay $10 million in damages to the family of a girl who suffered severe side effects from taking Children's Motrin is similar to a previous case involving Ketek and Stevens-Johnson Syndrome.READ MORE
Basketball Star Manute Bol Contracts Stevens Johnson Syndrome

Basketball legend Manute Bol was hospitalized earlier in the month after being diagnosed with kidney failure and Stevens Johnson Syndrome (SJS), according to an insider report.READ MORE
Ketek SJS: Not Enough Warning

On its products page dated January 29, 2009 Sanofi-Aventis Canada Inc., the maker of the antibiotic Ketek (telithromycin) acknowledges "Spontaneous cases of toxic epidermal necrolysis (TEN) and Stevens Johnson syndrome (SJS) have been reported; however, a causal association between the administration of Ketek and development of SJS and TEN has not been established." Yet many patients have taken Ketek and soon after developed SJS/TEN, and one woman died.READ MORE