Send your Helicopter Crash claim to a lawyer who will review your claim at NO COST or obligation.
GET LEGAL HELP NOW

A 2005 International Helicopter Safety Symposium concluded with participants agreeing that the helicopter accident rate is "excessive and unsustainable over any longer period of time." 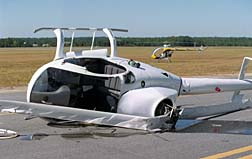 Helicopters are becoming an increasingly popular way to sightsee, with charter companies offering tours of local areas and trips for adventure sports, such as heliskiing. However, insurance rates for the helicopter industry are high because of the risks associated with helicopter travel. The insurance carried on a helicopter may not be enough to pay damages incurred in a helicopter crash, including loss of life, loss of income and disabling injuries.

Helicopters are used for emergency medical services (EMS). However, the National Transportation Safety Board (NTSB) is concerned enough about EMS helicopter safety procedures that it included EMS helicopters in its list of most wanted transportation safety improvements.

If you or a loved one has been involved in a helicopter crash, you may qualify for damages or remedies that may be awarded in a possible airplane crash class action lawsuit. Please click the link below to submit your complaint to a helicopter crash personal injury lawyer who will review your claim at no charge or obligation.
Please click here for a free evaluation of your Helicopter Crash claim
Last updated on Apr-4-14

The investigation into a serious helicopter crash that took 17 lives in March of 2009 off the coast of Newfoundland has been put to bed with the release of a final report by the National Transportation Safety Board (NTSB). Not only is the NTSB calling upon the Federal Aviation Administration (FAA) to implement new rules with regard to helicopter mechanical safety and flights over bodies of water, but it also appears as if the blame for the crash lay squarely with the manufacturer.READ MORE
Two Injured in Texas Helicopter Crash

A lawsuit has been filed following a 2008 helicopter crash in which four people died. Two other lawsuits have also been filed against the Federal Aviation Administration (FAA) related to that helicopter accident.READ MORE