Send your Fifth Bancorp Excessive Overdraft Fees claim to a lawyer who will review your claim at NO COST or obligation.
GET LEGAL HELP NOW 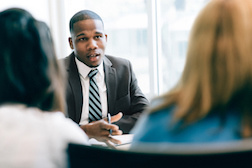 In the lawsuit, class members who were Fifth Third accountholders claimed that Fifth Third Bank improperly assessed overdraft fees for insufficient funds on debit card purchases and ATM withdrawals by "re-sequencing" the order of transactions to maximize the number of overdraft fees.

The lawsuit was transferred in March 2010 to a checking account overdraft multidistrict litigation (MDL), the federal court mechanism that allows multiple, similar cases to be handled by the same judge.

The lawsuit alleged that Fifth Third Bank did not process debit card and ATM transactions in strict, chronological order but instead, went in a high-to-low order.

In the order approving the $9.5 million settlement reached between class members and Fifth Third Bank, Thomas Tarter, an expert on banking and financial institutions reviewed settlement-related documents, Fifth Third Bank's public filings and the bank's website, along with additional information provided by Fifth Third, including non-public and confidential documents.

Tarter estimated that during the class period, Fifth Third Bank collected approximately $97.7 million as a result of its re-sequencing policy.

As part of the settlement agreement, Fifth Third Bank agreed to modify its business practices to no longer re-sequence debits from highest to lowest amount and instead process all charges in the actual order they are presented.

According to a Dec. 2016 consumer protection report published by US Public Interest Research Group (US PIRG), reported overdraft and non-sufficient fund (NSF) revenue per bank account is on the rise.

From the US PIRG report:
The 10 banks that collected the most overdraft revenue through the first three quarters of 2016, in order, were: Chase Bank, Wells Fargo, Bank of America, TD Bank, US Bank, PNC Bank, Suntrust Bank, Regions Bank, Branch Banking and Trust, and Woodforest National Bank.

These banks collected an average of $98 in overdraft revenue per non-retirement deposit account, more than five times the national average. Five of the ten banks would have seen a net income loss in the first three quarters of 2016 without overdraft revenue.

According to the US PIRG report, Fifth Third Bank received 113 complaints for "problems caused by my account being low" per 10,000 accounts between Jan. 2015 and Sept. 2016. Average overdraft fees per account were $41.65.

If you or a loved one has suffered damages in this case, please fill in our form and your complaint will be sent to a lawyer who may evaluate your claim at no cost or obligation.
Please click here for a free evaluation of your Fifth Bancorp Excessive Overdraft Fees claim
Last updated on Sep-2-20

Chicago, IL: The Telephone Consumer Protection Act (TCPA) and the Federal Debt Collection Practices Act (FDCPA) were enacted to protect consumers from needless harassment over the phone. Common purveyors of such harassment have historically been telemarketers, or debt collectors that often wind up harassing the wrong people over a debt no longer owed, due to incorrect information and the all-too-common practice of flipping debtor accounts between different collection agencies, with vital information lost in the process. However, an increasing number of TCPA complaints are being directed to the highly-competitive banking industry. To that end a TCPA lawsuit has been filed against Fifth Third Bank alleging Fifth Third Bank TCPA violations.READ MORE
Study Finds That People With Lowest Incomes Pay Most in Bank Overdraft Fees

Philadelphia, PA: A recent study has found that the largest percentage of bank overdraft fees are collected from bank customers who earn the lowest incomes.READ MORE

Posted by
Jane Kubelsky
on April 7, 2022
In the past several months I have been charged overdraft fees by 53rd. These were based on grocery orders that had the original amount of the order 'held' to assure I had the money. The actual amount was less as unavailable items were subtracted. This month Lowe's did the same thing. They put a 'hold' on the amount of an order. The money was not to actually leave the account until the order shipped, which was several days later. On both occasions I transferred money into the account while the orders still showed 'pending'. About 20 years ago 53rd lost a suit for doing this same thing. They subtracted the expenditures before adding deposits to the account. Even when these deposits were made before the expenditures left the account. Evidently they do not learn from their mistakes. I believe the suit cost them over 9 million dollars. Here we go again.... I am leaving this bank.
Posted by
Monica misura
on December 22, 2018
Iv been banking with 53rd for a while , and have never had so many problems till now. I had money pending into my account, I did Christmas shopping, and to my horror, this was Saturday by the way, and by Monday it said I was negative 13$. I called to see what happened, they said I had over drafted 3 times and that's why I was charged. Well by Tuesday I had 111$ over draft fee plus a hole bunch of fees that I had never even seen before, I also tried to transfer money from 53rd to another account and it for some reason got returned, and I got charged another 37 overdraft fee. I'm a single mom at Christmas time, they have taken so much already and now I fear they will continue to do so even if I dont use my account, I'm just feeling so helpless because I dont have overdraft protection, I have notifications on for this stuff and I never got noticed that something was wrong, I just want them to stop taking my hard earned money as a single mom it's hard enpugh.
Posted by
James R Helton
on November 16, 2018
It is now 2018 and i still have not received my settlement check from 6 yrs ago.
Posted by
Chris Boyd
on August 21, 2018
Date 8/21/2018, still having problems with Fifth Third, deposited check electronically 5 days ago., still not in account. Called them and they said since i'd had excessive overdrafts they put a 10 day hold on my funds. Last over draft was 3 months ago, I have 3 accounts with them between all accounts there is always enough to cover anything.

So their answer to me over drafting 3 months ago, is to hold my money and make me overdraft some more. Had they told me about the hold at the time of deposit i'd took my check from my client to their bank cashed it and deposited somewhere else.

Posted by
Mary E Bell
on November 28, 2017
Friday, 11/24, my 5/3 online statement showed a deduction for a loan payment. I have an account that will not let me use my debit card if the money is not in the account. Monday NIGHT, 11/27, I made a debit card purchase.

Don't tell me they are doing things chronologically, they are working debits/credits in their favor. Time to move to a credit union.

Posted by
Rob Schramm
on August 4, 2017
I have been hit with more than 500.00 in overdraft fees in the last 2 months. Fifth Third returned 74.00. They are unwilling to work with me to fix the issue. I am going to be forced to close my account. I am a 32 year customer.
Posted by
Roseanna B Bouwer
on July 17, 2017
5/3 employees, including a branch manager who was supposed to reverse fees and didn't, which would have stopped excessive overdraft fees, misinformed me and did not do as they said they would and have caused me to accumulate $199.66 in overdraft fees in less than a weeks time. I am disabled and receive a set amount of money the last Wednesday of each month. Now I'm being threatened via letter from the senior vice president with right to offset, debit bureau reporting and third party debt collecting. Everyone knowing the issues at hand and letting things build despite more deposits, to which 5/3 irregulary posted my deposits and my debits to my account. Refusing to reverse the $199.66 in fees stating they have gone over the limit of being able to reverse any more overdraft fees. I know they do not have a limit. I will be filing a lawsuit as this is my disability money. I only receive $803 a month and now I will be out $199.66 because of their refusal to reverse fees. How am I supposed to live off $600! That doesn't even pay rent!
Posted by
Patrick L Hatley
on May 11, 2017
Ive made several deposits with Fifth Third bank this week ( 5/8-5/9) just to cover a few things from the weekend. I have also transferred Monies from my paypal account on 5/3/2017 along with making a 55. dollar cash/147.00 paypal deposit on 5/8 and 5/9. Ive been hit with 5 overdraft fee's in less than 48 hours due to Fifth third bank NOT POSTING MY DEPOSITS (INCLUDING CASH). What came in was postage fee's from USPS in which my deposits would have covered if only Fifth Third wouldn't have held them up between 48-72 hours. Also, they (Fifth Third) are saying that PayPal are holding up the money which isnt true, Paypal releases your money 24hrs after its cleared, not 48-72hrs as they are claiming. Enough is Enough already, is there ANYONE i can discuss this with?? Fifth Third customer Service doesn't have a clue and frankly dont care because its by script.
PH
Posted by
Zach Lepla
on January 31, 2017
For the past 3 years I have been victimized by Fifth Third Bank through deceptive overdraft practices and manipulation of my transactions to induce overdraft. Since July of 2016 alone I have been charged upwards of $1,300 in overdraft fees.
Posted by
Gwendolyn Tyler
on October 21, 2016
just charged to many times
Posted by
North Carolina
on May 14, 2010
I was charged over $270 in over draft fees by Fifth Third for a $12.60 oversight. My family is already hurting because of the economic down turn and they repeatedly charged me for this oversight thus kicking me when I am already down.