Were you looking for FDA Warning to DePuy Orthopaedics or DePuy Pinnacle or Zimmer Durom Cup lawsuits?

Send your DePuy Hip Replacement claim to a lawyer who will review your claim at NO COST or obligation.
GET LEGAL HELP NOW 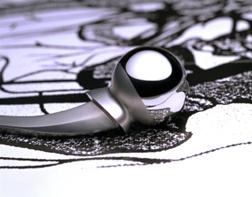 In late 2009, DePuy Orthopedics, a division of Johnson & Johnson, announced its plan to phase out sales of the product worldwide by the end of 2010, but not before the ASR had been implanted in thousands of people. Approximately 250,000 people in the US alone receive hip replacement implants every year and about one-third of those receive metal-on-metal implants. Of those that receive the DePuy ASR hip replacement, twelve percent, or approximately 1 in 8 patients, will require hip revision surgery.

In March, 2010 Depuy sent a letter to doctors saying recently analyzed data from Australia indicated a higher-than-expected failure rate than traditional hip replacement on certain types of patients. As well, the data showed that the risk was highest for patients of small stature, which would indicate women and patients with weak bones.

In February 2013, the FDA announced a Class 1 recall of the DePuy LPS Diaphyseal Sleeve. At issue was a problem in which the sleeve may not connect properly to the sleeve base, resulting in fracturing of the sleeve and possible infection, soft tissue damage or loss of the limb. The FDA made its announcement after receiving 10 reports (six of fractures and four of loosening that may or may not be linked to the device design) of the LPS Sleeve malfunctioning. Affected devices were manufactured from 2008 through July 20, 2012. Patients who have the device implanted but are not experiencing symptoms are advised not to undergo revision surgery.


Although early reports indicated the Depuy hip replacement device was failing at a rate of between 12 and 13 percent, more recent reports suggest that failure rate was an underestimate. In March 2011, the British Orthopaedic Association and the British Hip Society said preliminary data, based on the reports of four surgeons, put the actual failure rate much higher. In fact, data on the ASR XL Acetabular System shows that 21 percent of patients with that hip replacement system require revision surgery after four years and up to 49 percent of patients require revision surgery after six years.

The organizations recommend that pain in people with these hip replacements should be taken seriously and properly investigated.

Meanwhile, a report by the National Joint Registry for England and Wales (09/11) found that the failure rate of all-metal hips is increasing, with the ASR failing at the highest rate. According to the report, the ASR failed in approximately one-third of patients who were followed for the longest period. The report noted that of people who received the ASR six years ago, approximately 30 percent had it replaced. Of those who had the ASR implanted five years ago, 17 percent had it replaced, although that percentage could increase in the next year.

An article in The New York Times suggests DePuy executives knew about the high failure rate a year before the recall was announced. According to the article, the FDA rejected a DePuy hip replacement device because of studies showing a high premature failure rate. That same device was later sold overseas, while a different device was used in the US.

A number of orthopedic doctors believe the DePuy metal on metal implant had a design flaw that made it difficult to implant properly, specifically that the component has a narrow window for proper placement. The design of the ASR cup is shallower than some similar devices, and believed to be the implant's problems.

According to The New York Times, other problems associated with the DePuy metal on metal implant include the potential for generating large amounts of metal debris during normal wear and tear, which can negatively impact soft tissue and evolve into a health issue for some patients. 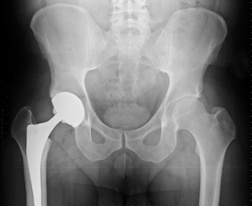 Product liability lawsuits allege negligent design and promotion of a defective product. According to the New York Times, DePuy Orthopedics introduced their metal-on-metal hip implant without adequately testing and researching the device. Although the ASR was approved for use by the FDA in 2005, it was cleared through a regulatory pathway that did not require it to undergo clinical trials.

Some patients who were implanted with the DePuy ASR have developed ALVAL (aseptic lymphocyte dominated vasculitis associated lesion), which is an adverse tissue reaction to metal particles and ions, and pseudotumor (a soft tissue mass that may be the result of a toxic reaction to an excess of particulate metal wear debris).


If you or a loved one has been implanted with a DePuy ASR System and required further surgery, hip revision surgery, or developed other complications, you should contact an experienced products liability lawyer.

If you live in Canada and suffered as a result of a faulty DePuy hip replacement, please go to this page: [DePuy Canada]

If you or a loved one has suffered illness or an adverse health event caused by this product, please click the link below and your complaint will be sent to a DePuy lawyer who may evaluate your claim at no cost or obligation.
Please click here for a free evaluation of your DePuy Hip Replacement claim
Last updated on Sep-11-19

A product liability lawsuit filed in the U.S. District Court for the Eastern District of Arkansas last month claims the Exactech Novation hip implant was defectively designed, which led to early failure of the hip replacement. And this month a similar lawsuit was filed in New York claiming that Exactech knew or should have known that the polyethylene liners in its hip replacements would prematurely loosen and fail, but delayed a recall.READ MORE
The Curious Case of the Disappearing DePuy Damages

Dallas, TX: The bellwether defective hip implant lawsuits that were tried in the Northern District of Texas as part of multidistrict litigation 2244 have yielded some staggering awards for the plaintiffs. The latest Alice hip failure lawsuit ended with a $247 million award to six plaintiffs. A previous bellwether trial awarded $1.4 billion to a group of six plaintiffs, and another lawsuit ended with a $502 million jury award to five plaintiffs.READ MORE
Defective Hip Litigation Continues On against Zimmer, Smith & Nephew

Newark,NJ: Every metal-on-metal hip replacement manufacturer has been accused of defective design, and because there are two or more articulation points where the metal components can grind against each other, some MOM hip replacements, such as those made by Zimmer and Smith & Nephew, allegedly include an increased risk of metallosis. Lawsuits against both companies also claim they knowingly sold the defective hip implants and knew or should have known the devices would cause problems.READ MORE

Posted by
Greg Jackson
on October 5, 2021
My Father was not able to have his defected hip removed due to health conditions. I just found out he did not qualify for a settlement. He was represented by Celino and Barnes in Buffalo NY on a class action lawsuit beginning in 2013. He died from this and was no longer to walk the last few years of his life. Cn anyone help me with this?
Posted by
MAUREEN DOERNER
on July 10, 2019
Are the lawsuits still being filled for Depuy hip replacement? My father died in 2011 after suffering terribly for years. He didn't want to sue because he didn't want Kaiser surgeons sued. I think Depuy needs sueing. The last years of his life were hard on my mother and me ( he was always in pain and had to be on (IV and oral antibiotics due to the tissue dying around the acetabulum).
Posted by
California
on August 5, 2011
Increasing pain (without meds, it would be worse than before the hip replacement-a 9 to 10), increase in pain meds, reduced to using cain, walker, toillet aide. Inability to take a full or part time job. Loss of income due to above and paying for co-pays with Doctors, tests, x-rays, meds, travel to appointments and to get records.
Posted by
New York
on October 25, 2010
I have daily significant pain, right leg pitting edema, three large ulcers on the right leg resulting from venous disease and venous stasis. I also have severely compromised ambulation.
Posted by
Connecticut
on May 20, 2010
Had constant pain after surgery which turned to excruciating pain until the metal-on-metal hip was removed and replaced with ceramic/plastic. It became debilitating and I could not function in normal everyday activities.