Defective tires put vehicle occupants at risk of serious injury or death. Among defective tire lawsuits are claims that tires have been negligently manufactured, designed, or constructed resulting in an accident. In such cases, lawsuits can be filed against the companies that design, manufacture, or sell such tires. Tire recalls have been announced involving tire makers in China associated with a variety of tires, including Westlake Tires, AKS Tires, and Compass Tires.

Send your Defective Tire claim to a lawyer who will review your claim at NO COST or obligation.
GET LEGAL HELP NOW

There are a number of situations that can result in danger for vehicle occupants:

These situations can result in serious incidents involving tire failures:

Each of these incidents has the potential to have catastrophic consequences for vehicle occupants. When any of these tire failures occur, leading to accident and/or injury, tire components should be saved for analysis and as potential evidence for any insurance claim and defective tire lawsuit. 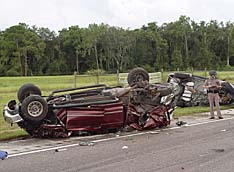 Reports indicate that as many as 65 million tires are brought into the US from China annually, but many Chinese tire makers face criticisms that their tires are unsafe and do not adequately meet US guidelines. Some tires made by Chinese manufacturers have been the subject of US recalls, including Westlake Tires, Telluride Tires, and Compass Tires. According to reports, the tires are all made by the same company and lack basic safety features. 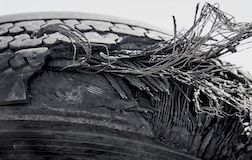 When a tire recall happens, it's important to check the tire markings. Tire manufacturers provide information about the tires on the tire sidewalls. The information may include the tire brand and model, basic dimensions, date of production, materials used, maximum inflation pressure and load information, US DOT compliance code and Uniform Tire Quality Grade (UTQG) rating.

In October 2016, GITI Tire and Continental Tire both issued recalls of their tires. The GITI tire recall was announced due to a defect that could cause cracks in the lower sidewall, which could potentially cause air to leak out. Meanwhile, Continental's recall was due to tires that could cause "excessive tread wear, vibration, or bulging." The Continental Tires were installed on more than 14,500 GM trucks and SUVs, according to reports.

In August 2012, Dynamic Tire Corporation announced it was recalling certain Sailun S825 tires because the inner-liner thickness may not have been as thick as required, which could lead to sidewall separation, increasing the risk of a crash. The recall involved commercial application tires produced between March and April 2012.

In 2016, an Arkansas jury awarded a 76-year-old man $1.2 million after he alleged his injuries were caused by a tire tread defect. The plaintiff, Elmer Philpot, was driving a dump truck filled with gravel in 2010 when a tread on a right tire separated, causing an accident. Philpot suffered leg fractures and required a hip replacement surgery.

Also in 2013, a jury awarded around $10 million to a woman who was severely injured when a tire came off the rim of the vehicle she was driving, causing her vehicle to rollover on Interstate 95. Tracey Parker was in a coma for a month, required 17 surgeries, and suffered permanent injuries in the accident. Continental appealed the award, but approximately three years after the original award, an appeals court upheld the decision.

If you experienced a tire failure after normal use and minimum recommended maintenance, you may have a basis for a lawsuit and potential compensation.

If an injury or death occurred, the potential can be quite substantial if the statute of limitations has not passed. Note: If you had an accident with injuries where you suspect tire failure was a factor, even if you were not told this by accident investigators, recoverable evidence or witness testimony could indicate a tire blowout.

Click the link below to send your story to a lawyer who will review your claim at no cost or obligation.
Please click here for a free evaluation of your Defective Tire claim
Last updated on Jan-15-17