Some diesel carmakers face lawsuits alleging they cheated on auto emissions tests, making their vehicles appear more environmentally friendly than they were. At issue are certain diesel vehicles, which reportedly used defeat devices and other tactics to ensure they passed emissions tests when under regular driving conditions the cars emitted more chemicals than allowed. Auto emissions lawsuits have been filed against some car makers, alleging consumers were tricked into buying vehicles that were not as environmentally friendly as they were advertised.

Send your Auto Emissions claim to a lawyer who will review your claim at NO COST or obligation.
GET LEGAL HELP NOW

Under the Clean Air Act, vehicles are only allowed to emit a certain level of pollution. Vehicles undergo testing to ensure they do not emit more pollution than legally allowed. Some vehicle makers are accused of using defeat devices or other illegal means to make it appear their vehicles emitted less pollution than they do under real-world conditions. 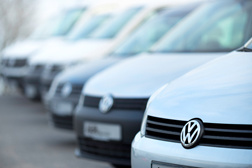 On September 18, 2015, Volkswagen announced a recall of certain diesel vehicles after allegations were raised that it used defeat devices to pass emissions tests. According to reports, Volkswagen admitted to using software that made it seem vehicle emissions were well within legal limits when under normal driving conditions—while the devices were off—the cars emitted up to 40 times the pollution allowed by the Clean Air Act.

Almost 500,000 diesel Volkswagen vehicles were affected by the recall:

Mercedes-Benz faces allegations that it knowingly used a defeat device in certain diesel vehicles to pass emissions tests. According to reports, the luxury carmaker used a device in its BlueTec cars that allows pollution controls to turn off at temperatures lower than 50 degrees Fahrenheit. When subject to on-road testing, however, those same Mercedes-Benz vehicles reportedly emitted as much as 19 times the US standard for nitrogen oxide. 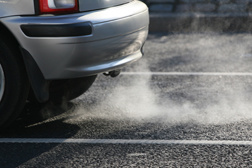 Lawsuits have been filed against Volkswagen and Mercedes Benz, alleging consumers were misled into purchasing vehicles that were not as environmentally friendly as they thought. They further allege that fixes to the vehicles will affect vehicle performance, gas mileage, and financial value.

Included in the Mercedes-Benz lawsuits are clean diesel vehicles, including the ML350 and 320 SUVs, the E- and S-Class cars, and GLE crossovers.

If you or a loved one has suffered similar damages or injuries, please click the link below and your complaint will be sent to a automotive lawyer who may evaluate your claim at no cost or obligation.
Please click here for a free evaluation of your Auto Emissions claim
Last updated on Mar-30-16

Santa Clara, CA: Volkswagen has agreed to either fix or buy back some 500,000 VW and Audi diesel vehicles in the US equipped with illegal emissions software designed to hide nitrogen oxide emissions. This announcement follows the September 2015 recall of around the same number of vehicles.READ MORE
VW Dealerships File Consumer Fraud Class Action

Santa Clara, CA: Volkwagen AG (VW) is facing yet another class action over the alleged Volkwagen defeat device false emissions ratings, or so-called “Dieselgate”. The latest proposed class action was filed by a VW dealership in Chicago. To date over 500 class actions have been filed against the German automaker.READ MORE
VW Car Dealerships Hurting This Holiday Season Sue Volkswagen Group

Los Angeles, CA: Car dealers have been hit hard by the Volkswagen emissions debacle. They have lost business on several levels and they have lost their customers’ trust. But lawyers say they do have legal recourse. Consumers have already filed claims and dealers too can file a Volkswagen Lawsuit.READ MORE