Were you looking for Excessive Bank Overdraft Fees lawsuits?

Send your Capital One Excessive Overdraft Fees claim to a lawyer who will review your claim at NO COST or obligation.
GET LEGAL HELP NOW 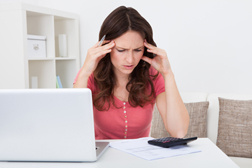 Capital One and other banks have said they are not violating any laws by reordering transactions.

The lawsuit is In re: Checking Account Overdraft Litigation, case number 1:09-md-02036, in the US District Court for the Southern District of Florida.

If you or a loved one has suffered similar damages or injuries, please click the link below and your complaint will be sent to a lawyer who may evaluate your claim at no cost or obligation.
Please click here for a free evaluation of your Capital One Excessive Overdraft Fees claim
Last updated on Nov-13-19

Chicago, IL MB Financial dinged Rhonda Boone for a truly jaw-dropping $6,000 in bank overdraft fees between 2015 and 2017. That was 18 percent of her total income for those years. On March 12, 2018 she filed a lawsuit in the Northern District of Illinois seeking class action status on behalf of herself and other similarly situated checking and money market account customers. The fact that these are state law claims suggests that the future direction of consumer financial protection lies in the class action lawsuits to enforce state, rather than federal, law.READ MORE
Big Banks Don’t appear to be Getting the Message over Excessive Banking Fees

Manhattan, NY: When the 2nd US Circuit Court of Appeals returned an excessive bank overdraft fees lawsuit to the originating lower US District Court for the District of Manhattan for further proceedings – thus reviving the proposed class action lawsuit – the defendant in the case was told its overdraft fee rules were ambiguous, amongst other rulings that put the plaintiffs and those similarly affected back into the drivers’ seat.READ MORE
Republican Lawmakers Want to Retract New Consumers Rights to Excessive Bank Fees Class Actions

Posted by
Carol Y. Go
on December 8, 2019
There's a 5 dollars in my online banking but Capital One closed the account after several years. The five dollars we're gone.
Posted by
Rebecca Frye
on July 30, 2019
I own a small business I have been a customer of capital banks for 2 years I have paid almost $2,000 in overdraft fees in the last 2 months and Merchants Bank the credit card company offers rapid deposit they have manipulated dates charge me fees that double fees and the bank will not acknowledge last night I was on my computer a couple minutes after midnight and they actually rearranged the dates of the checks that came in and cause me to be charged another overdraft fee I had no idea that Capital Bank was even under investigation I just know that I witnessed and I have pictures that they rearranged my deposits with the checks that were coming into my account
Posted by
Candance Hall
on July 26, 2019
Cap One charged me 20.00 overdraft fee for what they said was 95 cents over. Now the fee is up to 63 dollars. I don't understand.
Posted by
joan
on March 14, 2018
capital bank credit card and PNC CHECHING ACCOUNT
Posted by
Stephen nielsen
on February 19, 2018
I have the same thing with over draft fees
Posted by
Lindsay
on December 29, 2016
Is this still on going with capital one, I am a customer and this is currently happening to me I have paid a large amount to that bank
Posted by
Maxine Robinson
on October 9, 2015
I received a check for Maxine Collins in the amount of $8.06 check #080561. I had an account with Capital One but my name is Maxine Robinson if there's a check for me please forward it to my address. What do you want me to do with the check I received in error?