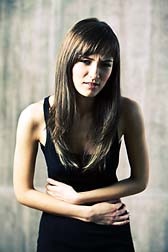 Washington, DC: Natazia (estradiol valerate and estradiol valerate/dienogest), a fourth generation oral contraceptive made by pharmaceutical giant Bayer HealthCare Pharmaceuticals, Inc, was FDA-approved on March 15, 2012, for the treatment of heavy menstrual bleeding that is not caused by diagnosed conditions of the uterus.

However, in February 2012, the FDA gave Natazia a Black Box Warning regarding "Thromboembolic Disorders and Other Vascular Problems." The warning states:

"Data from a large, prospective cohort safety study of various COCs (combined oral contraceptives) suggest that this increased risk, as compared to that in non-COC users, is greatest during the first 6 months of COC use. Data from this safety study indicate that the greatest risk of VTE is present after initially starting a COC or restarting (following a 4 week or greater pill-free interval) the same or a different COC."

Natazia is a four-phasic oral contraceptive originally approved by the FDA on May 6, 2010. It is meant to replace Bayer's controversial contraceptives YAS/Yasmin, which are the subject of hundreds of personal injury lawsuits alleging that YAZ/Yasmin are associated with increased risk of blood clots (deep vein thrombosis (DVT), pulmonary embolism (PE)) and gallbladder problems.

Natazia is associated with many of the same problems. The following safety information was included in a press release from Bayer following the release of Natazia on the US market, in 2010: "The use of Natazia is associated with increased risks of several serious conditions including venous and arterial thrombotic and thromboembolic events (such as myocardial infarction, thromboembolism, stroke), hepatic neoplasia, gallbladder disease, hypertension, ruptured ovarian cyst and uterine leiomyoma. The excess risk of thromboembolic events is highest during the first year of use of COC."

Bayer became the first company to launch estradiol valerate together with the progestin, dienogest—as the contraceptive Natazia. It has been marketed in Europe, since May 2009 under the tradename Qlaira.

If you or a loved one has suffered illness, injury, serious adverse events or worse resulting from the use of this product, please click the link below and your complaint will be sent to a lawyer who may evaluate your claim at no cost or obligation.
Please click here for a free evaluation of your Natazia claim
Last updated on Apr-4-12

Weighing The Pros and Cons of Natazia

In today's crowded pharmaceutical universe, one indication for treatment which sets one drug apart from the others provides the manufacturer with an integral marketing tool by which to attract attention from an increasingly distracted public. Bayer's Natazia is one such product.READ MORE
How Much of an Improvement Is Natazia Over Yaz/Yasmin?

Regardless as to whether Bayer Pharmaceuticals intended Natazia as a replacement for the Yasmin and Yaz duo as an expansion to their product line or as a needed replacement for an allegedly problematic product, it appears as if Natazia contraceptive is beset with concerns of its own.READ MORE