Were you looking for Life Insurance Ripoff lawsuits?
Bad Faith Insurance covers a wide range of practices undertaken by companies in the insurance industry to prevent you from obtaining money for valid insurance claims. A bad faith insurance claim, for example, may involve complaints that the insurance company repeatedly lost paperwork, sent you for unnecessary doctor's appointments or ignored information from your doctor indicating you have a valid medical problem. A bad faith insurance company will often drag out the claims process in an attempt to avoid paying out a claim, which often puts customers in a position of having to cover expenses while waiting for a claim to be approved.

Send your Bad Faith Insurance claim to a lawyer who will review your claim at NO COST or obligation.
GET LEGAL HELP NOW 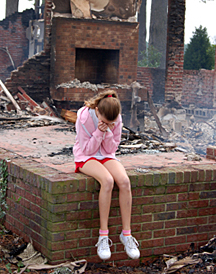 When you purchase insurance, you and the insurance company agree on the terms and conditions that specify the coverage or compensation payable to you in the event that you suffer a loss or injury. Insurance can cover your medical bills, property bills and/or vehicle bills. Unfortunately, some bad faith insurance companies use a variety of tactics to delay or avoid paying out a valid claim.

This can put you in a terrible situation. For example, if you have a medical claim that the insurance company delays paying, you may be put in the position of covering all medical costs on your own—and dealing with the financial burden and possible debt—or eliminating vital medical help that you cannot afford, putting your health in jeopardy. The consequences of bad faith insurance can be far-reaching, affect your finances, your quality of life and even your health.

Some bad faith insurance tactics may simply seem inconvenient at first, until a pattern appears. Customers report that insurance companies will repeatedly lose or misplace important documents, requiring them to fill out the same paperwork over and over. They may simply deny a claim at first, hoping that the customer will not appeal the denial. Or they may put a limitation on the time allowed for a claim, and then delay awarding the claim until that time has passed.

If you have been denied a legitimate insurance claim, please click the link below to send your story to a lawyer who will evaluate your claim at no cost or obligation.
Please click here for a free evaluation of your Bad Faith Insurance claim
Last updated on Feb-17-21

Florida is a prime destination not only for occasional vacationers, but also for people looking to settle down. With its warm climate, sunny skies, endless beaches and tourist attractions, there are so many reasons why people are choosing to call Florida their home. Florida has a population of 20.6 million, making it the third most populated state in the United States. This number does not account for the millions of visitors who descend upon Florida each year. READ MORE
Family of Las Vegas man denied cancer treatment awarded  $200M verdict in insurance bad faith lawsuit

A jury awarded $40 million in compensatory damages and $160 million in punitive damages to the family of a Las Vegas man who died after being wrongfully denied a specific type of cancer treatment. Sierra Health and Life, a UnitedHealthCare Company, denied Bill Eskew’s claim for proton beam therapy (PBT). Sandy Eskew, the widow and on behalf of Bill Eskew’ estate, brought a lawsuit against Sierra Health and Life. After a 13-day trial, the jury found Sierra Health and Life had breached its duty of good faith and fair dealing also known as “insurance bad faith.”  READ MORE
New York Insurance Bill Addresses Bad Faith Insurance Practices

On May 18, New York Senate Bill 6813 (S6813) was referred to the Senate Insurance Committee. If enacted into law, it would add a new Section 2601-a to the New York Insurance law. Proponents of the legislation see an opportunity to address the problem of insurance companies’ bad faith insurance claim practices. Detractors predict the opening of the proverbial floodgates to insurance lawsuits. Similar legislation has died in committee before. READ MORE

Posted by
Linda
on November 13, 2022
I received a surgery bill for almost 8500.00 from a collection agency in august this surgery was done 10/15/2018.I never received this bill knew nothing of this for 4 years.Unitedhealthcare says Dr and hospital was not in network so they only paid what was allowed I believe I filed a appeal but was told it was not filed in a timely matter how can I do that when I did not know the bill existed.Now filing my 2nd appeal.i need help because I fear they won't help me either.
Posted by
Ali
on May 8, 2022
Lincoln Finacial needs a class action lawsuit for denying legitimate claims. This fraudulent company robs people with hefty premiums and refuses to pay STD claims. PONZI SCHEME!!!!!
Posted by
Paula Mathis
on June 20, 2021
Humana Choice Florida ( PPO) Medicare
has denied Pradaxa 150 mg for over TWO
years. Humana verified that there is no
replacement, that I haven’t tried (all caused
adverse affects. My Cardiologist office sent
Validated paperwork stating all“approved
medications” caused severe side effects
and I would die without Pradaxa. This was
also denied. I have no choice, but to
Spend $100 a month out of my under
$1200 monthly Medicare. (Poverty Range)

Dr. went on vacation. Opiate derivatives (pills) ran out. Pain & crashed. Called for help and was told: "Sorry your insurance doesn't pay their bills." I state: I have money! I'll pay. Answer was: "I am sorry, because of the contractual agreement we have with your insurance co. we can't take your money.

I lost my mind; the bad, bad, guys got away. Then things got much worse.

Posted by
Washington
on June 2, 2008
My mother in law bought long term care insurance policy 15 years ago. She has paid into the policy and never missed a payment at $,1000 a year. Now she is in an adult family home, and the insurance company claims the definition of nursing care and/or long term care has changed since she bought the policy, and now they will not pay out on the policy, which is $50 per day for five years. The insurance company failed to notify her of the "change" in definition of care. They said the definitions of care have changed over the years, and they are not obligated to tell her.
Posted by
Missouri
on May 20, 2008
The May 10th F-4 tornado passed 1/4 mile from the housing development where my home is located. All 11 homes suffered significant wind and baseball size hail damage. My roof was patched and evaluated by a roofer recommended by my agent. He stated replacement was required. The adjuster said there was minimal damage and the roof would be repaired. The other 10 homes in this development including the ones on either side of ours have been approved for replacement roofs. The roofer is adamant that there is much more damage than the adjuster is claiming and the roof requires replacement. The insurance agent and the adjuster are unwilling to give on this issue.
Posted by
Florida
on November 17, 2007
State Farm Took 10 months to pay for loss of business. My business of 17 years is ruined as well as my personal and business credit. I am disabled and my husband suffered a stroke during the turmoil of trying to receive compensation. It took over 3 months for them to come to the business to assess the damage. The premises was uninhabitable. We had a mold inspector come at our own expense and have the report. Black mold etc. They tried to strong arm us into settling when we had no money or business left. So much more..................Please help!!!
Posted by
California
on August 14, 2007
As per my knowledge I was covered upto 61,000 for my condominium, but after the damage Allstate informed me the I have only 6,100 for stucture damage coverage. The insurance agent never informed me or educated me.
Posted by
Georgia
on August 14, 2007
DAMAGES: loss of short term disability pay, pain and suffering, severe financial hardship including extreme debt. Inability to brestfeed due to milk depletion caused by stress.
I applied for short-term disability benefits in at the end of March 2007 due to a condition of scoliosis and late term pregnancy. My doctor advised that I not be on my feet for more than 30 minutes at a time. I work in sales and 90% of my job is done standing and/or walking. After returning to work and informing my manager of the doctor's decision, and I was told to leave work and apply for STD. After five months of calling, faxing, stressing, crying, being given false hope, and maxing credit cards to make ends meet, my STD was denied. MetLife's hired doctor (who never examined or even talking to me) decided my constant and severe pain was not serious enough to warrant my absence from work. I was denied any pre-partum and post-partum pay.
Posted by
Anonymous
on May 19, 2007
On a dark, and starless night back in 2001, I was driving my Saturn eclipse back home after a very long, as well as very tiring business trip. I'm a lower level executive assistant for a popular retail company, and I am often required to go along with my bosses to their meetings. Unfortunately, this one was out of state. My immediate supervisor told me that there simply was not enough company travel funds in the yearly budget available to afford to give me a plane ticket along with all of the executives that were given plane tickets.

They decided to upgrade to first class from business class at the last minute. This left me on the losing end, and I was forced to have to drive 200 miles round trip.

Anyway, on the way back I was hit by a careless drunk driver. My car was utterly destroyed, so to speak. I filed an insurance claim, after the police gave me his insurance information. The drunk driver was sent to alchohol rehab, and hopefully he will be able to stay sober after he gets out.

I submitted the insurance claim to my car insurance company. They tried to say that I don't have coverage for getting hit by another car. I pleaded with them that it was his fault, and that his insurance should be held liable. They persisted in their denial of my claim.

I decided to challenge the denial in court. I luckily have a cousin who is a lawyer. We took the insurance company to court, and the judge found them liable for having to see to it that the drunk driver's insurance company bought me a new car.

I was actually bought an even better car model than the one that I originally had, as well.

My experience should prove that the
"little guy or person" can fight big insurance companies in court that deny legitimate claims, and win.