Research indicates the potential for a link between using an SSRI and autism. Families with autistic children are seeking autism lawyers to file an autism lawsuit, claiming that prenatal exposure to certain antidepressant drugs—SSRIs such as Zoloft, Prozac, Lexapro, Celexa, Effexor and Paxil—caused autism.

Send your Autism claim to a lawyer who will review your claim at NO COST or obligation.
GET LEGAL HELP NOW 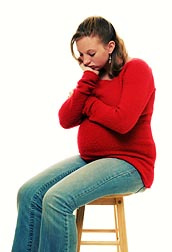 Recent research indicates that there is a correlation between autism and autism spectrum disorders and SSRIs (selective serotonin reuptake inhibitor) such as Zoloft, Prozac, Lexapro, Celexa, Effexor and Paxil when taken during pregnancy, particularly during the first trimester.

There is also evidence to indicate that the asthma medication Terbutaline (brand names Brethine and Bricanyl) given off-label to treat preterm or premature labor is associated with autism.

Health care professionals refer to autism as a group of disorders with similar features, known as Autistic spectrum disorder (ASD). An autistic person may develop serious cognitive and behavioral problems while another may not display any symptoms.

ASD category includes: Autism is a significant developmental disability that can lead to problems with social interaction and communication. Typically, symptoms develop at an early age and may interfere or inhibit cognitive skills that develop from infancy to adulthood. Recent evidence suggests that SSRIs may be responsible for children developing autism while in utero. This is a serious issue because often, a woman taking SSRI antidepressants may not know for some weeks that she is pregnant.

For more information on signs and symptoms of Autism, see The Mayo Clinic.

Studies on Autism and Drugs During Pregnancy 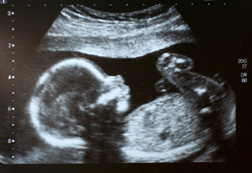 According to the Archives of General Psychiatry (one of the JAMA/Archives journals, November 2011), autism spectrum disorders (ASDs) are increasing, and at the same time, use of antidepressant medications during pregnancy have increased in recent decades, "prompting concerns that prenatal exposure may contribute to increased risk of ASD".

The study, "Antidepressant Use During Pregnancy and Childhood Autism Spectrum Disorders", involved a total of 298 children with ASD and 1507 randomly selected control children and was conducted at the Kaiser Permanente Medical Care Program in Northern California. It was one of the first studies to thoroughly research the link between autism and the use of SSRI antidepressants.

The report concluded that, "Although the number of children exposed prenatally to selective serotonin reuptake inhibitors in this population was low, results suggest that exposure, especially during the first trimester, may modestly increase the risk of ASD. The potential risk associated with exposure must be balanced with the risk to the mother or fetus of untreated mental health disorders. Further studies are needed to replicate and extend these findings."

The most common SSRI antidepressants are the following: Infants who are born to mothers taking any of the SSRI antidepressants above during part or all of their pregnancy are twice as likely as other infants to be diagnosed with autism or a related disorder, according to the study that appears in the Archives of General Psychiatry (above).

Duke University and Johns Hopkins University have conducted studies, some of which are ongoing, that suggest the asthma drug terbutaline, particularly taken within the 25-33 week timeframe of pregnancy may cause subtle brain damage that leads to autism.

If your child was born with autism that may have been caused by taking an SSRI antidepressant or terbutaline during pregnancy, you may be entitled to compensation. Families dealing with autism are filing SSRI autism lawsuits that seek compensation for medical expenses, special education, suffering and other needs. Autism lawyers work on a contingency basis; call an autism attorney sooner than later.

If you or a loved one has suffered damages in this case, please click the link below and your complaint will be sent to a lawyer who may evaluate your claim at no cost or obligation.
Please click here for a free evaluation of your Autism claim
Last updated on Aug-28-20

Washington, DC: A new study suggests a link between SSRI medications and autism, the latest in a long line of studies with conflicting results on the topic. Selective serotonin reuptake inhibitors (SSRIs) are a class of antidepressants, but some studies suggest they are linked to childhood autism when expectant mothers take them. Other studies have not found a link, and researchers involved in the latest study recommended caution when reviewing their results.READ MORE
Use of SSRIs During Pregnancy Linked to Autism and Developmental Delay

According to results just published in the online edition of Pediatrics, prenatal use of the class of antidepressant medications known as selective serotonin reuptake inhibitors (SSRIs) can cause autism. READ MORE
SSRI Autism Roundup: New Concerns for a New Year

The Ohio Department of Health has been named in an autism lawsuit filed by the parents of a toddler stricken with the disorder. At issue is an alleged denial by the state of Ohio of federally mandated treatment options that the plaintiffs hold should be made available for their infant son. The lawsuit is but one example of the issues surrounding autism, and its potential causes.READ MORE

Posted by
issak toubon
on February 20, 2018
I am a father of three two with autism, we been living a real tragedy of our entire family, our oldest son is been basically persecuted for been autistic to the point that he remains incarcerated as in order to prevent us to treat him on his condition, all kind of denial for him, Mom is in a great depression due to all these years not receiving a proper diagnosis neither treatment considered just punishment received, mother was treated while pregnancy with insulin for apparently gestational diabetes, surprisingly only on the two pregnancies treated with this medication later developed autism symptoms.
Posted by
Charolette Warren
on May 20, 2017
I have 5 kids and none of them have Autism but my last child I really don't know how this happened but been reading alot about this Autism and come to find out that kids are getting Autism and Asthma through the doctor cutting the babies umbilical cord I don't know how true this is but would love to have a lawyer look in on this for me
Posted by
sabrina whitaker
on January 4, 2017
I have two adopted sons who have autism. I've been hearing a lot about black boys and autism received through immunization.. I'm looking for an attorney to look into this for them.. tahnks
Posted by
Kentucky Mom
on May 26, 2016
I have two sons with autism and was taking zoloft/sertraline while I was pregnant - prescribed by my gynocologist AND family physician due to miscarriages before these pregnancies. I remember asking if this would be safe for my baby and they told me not to worry that it was safe.

Posted by
jez carvell
on January 30, 2016
If a male takes effexor can this cause autism in his partners pregnancy too ? Thankyou
Posted by
Montana
on January 25, 2016
severe irritability, is eight now and it never got better, he was unsafe being left alone and raged, bit, threw knives, couldnt stand loud sounds, certain fabrics
finally getting him on meds, took effexor 150 thru pregnancy
Posted by
South Carolina
on May 9, 2014
I was prescribed SSRI during my pregnancy.My daughter has PDD-NOS and sensory integration dysfunction.
Posted by
Florida
on March 5, 2014
I was put on Paxil in 2001 after the birth of my second son. When I became pregnant with my third son Michael, I had already been taking Paxil for several months. I was told I would be fine taking it while pregnant, that it would be worse to come off of it than to continue taking it. Michael has always had severe learning disorders, and this past October, he was officially diagnosed as having high-functioning autism, along with severe learning disabilities. He was given a complete psych exam, which showed that even though he is 11, his functioning age is that of a 6-year-old. Social Security approved him on his first attempt in two months. I feel that if Paxil is to blame they should be held responsible. Michael will never lead a normal life and we are a family of seven who cannot afford all of the things Michael needs or will need in the future. Thank you for your time.
Posted by
Tennessee
on January 23, 2014
I was told that taking Zoloft while pregnant was perfectly safe. My son has severe Aspergers Syndrome. Please help.
Posted by
California
on August 16, 2012
emotional loss, emotional stress, pain and suffering, loss of time at work, mental and physical impact on family
Posted by
Indiana
on July 29, 2012
My son hasn't started talking, isn't doing what other children are doing at his age.
Posted by
Massachusetts
on February 26, 2012
I took Zoloft among other mental health drugs during the earliest stages of my pregnancy. I did stop but started taking Zoloft again in my third trimester. My son is now 8 and has Aspergers Syndrome.