Were you looking for Internet Payday Loans lawsuits?
Internet payday loans may offer quick cash for consumers, but in some states, such online payday loans are illegal. Arizona payday loans, for example, are not legal. This means that companies offering such loans— which often come with high interest rates and fees—in Arizona, even if they are offered from out-of-state via the internet, are illegal.

Send your Arizona Payday Loans claim to a lawyer who will review your claim at NO COST or obligation.
GET LEGAL HELP NOW 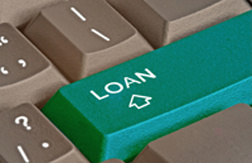 Arizona internet payday loans are loans offered via the internet that come with the expectation they will be repaid as of the borrower's next payday (hence the "payday loan"). Often the loans are approved quickly, with no credit check. The loans, however, often come with massive interest rates and charges, in some cases interest rates can be as high as 1,400 percent, according to some reports. Because they are offered online, these Arizona payday loans often come from companies that operate out of the state.

Furthermore, consumers have complained that loans have been renewed month-to-month without the customer's consent, and that unauthorized withdrawals have been made from their accounts (to obtain an internet payday loan, the borrower has to provide banking information so the money can be deposited to the bank account). Consumers say this has happened despite their requests that banks that hold their accounts stop allowing these unauthorized withdrawals.

Meanwhile, large banks may also be breaking the law if their practices—such as allowing internet payday companies access to bank accounts—enables these companies to continue to operate illegally.

In Arizona, payday loans are no longer legal. According to the Arizona Department of Financial Institutions, the law allowing payday loans by payday lenders expired in 2010. Furthermore, consumer lenders must be properly licensed and loans of $1,000 or less must not have an annual interest rate of more than 36 percent. Consumers who took out payday loans prior to June 30, 2010, are still responsible for their loan.

In some states, officials are investigating whether banks that hold customer accounts are enabling illegal payday lenders to operate by allowing those lenders access to consumer bank accounts, especially in situations in which the consumer has requested the bank block the payday loan company's access to their accounts.

On May 13, 2011, the Arizona Attorney General warned that consumers might be targeted by debt collectors seeking to collect on illegal Arizona payday loans. These calls could be made even if consumers simply entered their information on a website regarding payday loans but did not accept the loan.

Consumers are still responsible for payday loans taken out before June 30, 2010, but debt collectors are governed by laws that set out how and when they are allowed to contact consumers.

If you or a loved one has suffered similar damages or injuries, please click the link below and your complaint will be sent to a lawyer who may evaluate your claim at no cost or obligation.
Please click here for a free evaluation of your Arizona Payday Loans claim
Last updated on Jan-3-14

Posted by
John
on February 29, 2020
I took out a loan through speedy cash and cant afford to pay back cause interest. It went to collections and i had papers on my door they are suing me and i have to go to court. What happens if i dont go to court? I cant afford ro pay em and thebloan was a "title loan" bit i gave my car back to the bank.
Posted by
Amy nelson
on December 14, 2018
Hello. I got a loan from online. The interest rate is outrageous. 500 $ borrowed and 3,000 $ in interest. I was debating closing my bank account because I can't afford to pay back the loan. Other than what I already paid. Can I be sued for non payment or waige garnishment ? I just read it's illegal in Arizona
Posted by
Barbara
on October 21, 2018
I took a payday loan out in 2007 but I never paid it. In 2008 they attempted a garnishment against my payroll but I no longer worked. I recently returned to work after 10 years and now they issued a garnishment even though a judgement has never appeared. Is this legal and why did the issue a garnishment without a judgement?
Posted by
Monica
on January 18, 2017
I have 2 online tribal loans in which I can no longer afford to pay. What are my options and what actions can they take against me?
Posted by
Joseph Jirinec
on October 7, 2016
Hello i got a pauday loan like 3 years ago from speedy cash they asked me for a proof of residence ie a copy of my vehical registration further more after the loans became outlawed they then tried to say it was a title loan on a vehical which had a loan out on to begin with and threatened to reposes car. So i contacted them and told them gabe car back to bank they can do what they want with "title loan" no years later i got a simmons for wage garnishment how can i stopbthis immediatley
Posted by
Arizona
on February 17, 2014
I am being charged an extreme amount of interest. I am now finding out payday loans are illegal in Arizona. I need advice on what to do please.