Were you looking for CIGNA Denied Disability lawsuits?
The California Department of Insurance has reached a settlement agreement with Life Insurance Company of North America (LINA) to settle allegations that LINA committed disability insurance claims violations. To settle the LINA disability claims allegations, the life insurance company will pay a fine, change its claims handling policies and procedures and review previously denied claims to determine whether or not claimants are owed benefits. The review process applies only to California residents whose claims were denied between January 2005 and December 2007.

Send your LINA insurance claim to a lawyer who will review your claim at NO COST or obligation.
GET LEGAL HELP NOW

Life Insurance Company of North America (LINA) has reached a settlement agreement with the California Department of Insurance to resolve allegations that LINA committed disability insurance claims handling violations. LINA will pay $600,000 to settle the allegations and will also make changes to its change handling policies. Furthermore, the insurance company will review previously denied claims to determine if claimants are owed any benefits. 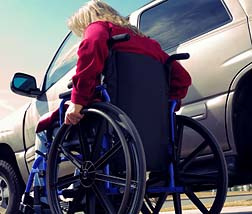 According to the California Department of Insurance, an onsite examination of LINA's claims handling practices uncovered instances where LINA made decisions about claims denials before the medial records for the claimants were even requested. Furthermore, the Department of Insurance found situations where LINA adjusters "ignored substantial new information after a claim had initially been denied."

As part of the settlement, LINA has been ordered to cease and desist from engaging in any acts or practices that violate California Law.

"When insurance companies fail to follow the law in fairly and expeditiously adjusting these claims, it has a devastating impact on policyholders and their families," California Insurance Commissioner Steve Poizner said in announcing the settlement.

People affected by the reassessment program would have had their claims denied by either LINA or CIGNA between January 1, 2005 and December 31, 2007. However, claimants who were denied after 2007 may still be eligible to file a claim against LINA. The reassessment involves claimants who either lived in California at the time of the denial or who currently live there.

If you or a loved one has suffered damages in this case, please click the link below and your complaint will be sent to a lawyer who may evaluate your claim at no cost or obligation.
Please click here for a free evaluation of your LINA insurance claim
Last updated on Jun-19-14

Posted by
Karen L Roberts
on January 25, 2016
Will there be a suit for MD, DE or Florida? My claim was from 2002.
Posted by
North Carolina
on October 9, 2014
I had a long term disability policy with my employer (SAIC) that I converted into a personal long term disability policy with CIGNA/LINA in 2005 when I left the company. To date, I have paid almost $20,000 in premiums. I filed a claim last year due to my inability to work, and was just informed by CIGNA that my final appeal has been denied.