Credit unions are not-for-profit organizations run cooperatively by members. They are different from banks in how they are run, but may still face many of the same legal issues as banks, including claims about mismanagement, consumer fraud and overdraft fees. Credit union lawsuits can be filed by members whose credit unions have not been properly managed or they may be filed by the National Credit Union Administration (NCUA), which has regulatory responsibility over them.

Send your Credit Union Excessive Overdraft Fees claim to a lawyer who will review your claim at NO COST or obligation.
GET LEGAL HELP NOW 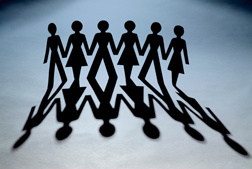 The purpose of a credit union is to serve members, rather than to maximize profits. Surplus profits made by credit unions are paid to members as dividends. Account holders elect the board of directors and have a say in how the credit union is run. What most members notice, though, is that credit unions offer lower fees than banks.

Although credit unions are run cooperatively, they can still face lawsuits for mismanagement of funds, failing to disclose fee structures or other improper practices. In recent years, credit unions have been sued for director and officer mismanagement, deposit and withdrawal issues, wrongful foreclosure and employment, and training matters.

In 2017, a fair housing organization claimed that Colorado-based, Bellco Credit Union discriminated against women by denying them mortgages because they were on maternity leave. At about the same time an employee who had worked for 15 years for Park Community Credit Union sued, alleging that she was harassed and ultimately fired because she is gay.

The bulk of account holder-driven litigation, however, appears to focus on credit unions’ unfair practices with respect to overdraft fees. Account holder’s rights are protected by a variety of consumer protection laws.

Much like banks, some credit unions have been hit with overdraft lawsuits, alleging their practices associated with overdraft fees are not properly disclosed. Among allegations made against credit unions are that the fees are based on available balance, not actual balance, the fee structures are not clearly disclosed and members do not receive accurate information about their available balances. For some credit union members, the confusion reportedly involves holds on debit transactions, which are not always made clear to members.

As many as ten other credit unions were reportedly under investigation for deceptive overdraft fee practices as of June, 2017, only the month before. Among these were Meriwest Credit Union, Pentagon Federal Credit Union and Boeing Employees Credit Union.

Another class action lawsuit claims that Landmark Credit Union illegally assessed overdraft fees on transactions when there was enough money in the checking account to pay for the transactions.

If you or a loved one has suffered similar damages or injuries, please click the link below and your complaint will be sent to a lawyer who may evaluate your claim at no cost or obligation.
Please click here for a free evaluation of your Credit Union Excessive Overdraft Fees claim
Last updated on Nov-13-19

Laronda Hickmond filed a bank overdraft fees lawsuit against Credit Union of New Jersey in New Jersey District Court on March 17. Hickmond v. Credit Union of New Jersey alleges that the credit union repeatedly charged Ms. Hickmond $30 overdraft fees even though, according to the monthly account statements prepared by the credit union, her account balance never dropped into the negative. She seeks class action status for the lawsuit on behalf of herself and all similarly situated accountholders.READ MORE
Insufficient Funds Charges Threaten Small-Balance Accountholders

Excessive bank fees that are based on insufficient funds (NSF) charges may pose a greater threat to checking accountholders than overdraft fees. Recent lawsuits recognize that, without protections based largely in state contract law, consumers have little protection from NSF fees that result when checks or electronic payments that are presented and re-presented multiple times without the accountholder’s permission.READ MORE
Texas Sues Griddy Energy for Deceptive Advertising

On March 1, the State of Texas filed a lawsuit in Texas state court, alleging that Griddy Energy LLC misled energy consumers in violation of the Texas Deceptive Trade Practices—Consumer Protection Act  (DTPA). In the aftermath of the massive February winter storm, Griddy customers found themselves with the astronomical electrical bills. One Houston resident complained that Griddy debited her credit card $4,677 in one week for electricity in her 800 square foot, one-bedroom apartment: “I do not have the money to pay this bill. We need help.” Griddy also auto-debited hundreds, sometimes thousands, of dollars from consumers’ checking accounts in a period of days. These massive daily withdrawals triggered cascading bank overdraft fees.
READ MORE

Posted by
Amanda Castillanes
on April 28, 2019
How do I get on this as a claimant? I wish there was another bank to go to but they all are lousy! Other than "under the mattress" banking there is no where to turn.
Posted by
M
on May 24, 2018
I worked for Landmark credit Union and I can 100% say they are some shady mo-fos. Body shamed by the male vp of the dept I worked in was the last tipping point of me leaving.I can absolutely believe they illegally obtained money from members. Bleed them dry of their 3bill in assets folks. I supports your movement for justice and change.
Posted by
Joan Frey
on March 29, 2018
I am with Orange County’s Federal Credit Union and until now they have been on their best behavior. I have received my direct deposits a day before the pay date to ensure the money is part of my actual balance by midnight when any transactions come through. Now, the last few direct deposits have not come in on the day before. I can only surmise that they are heading down the same path of not depositing the money when they receive it so they can, again, charge overdraft fees. Not sure how to combat this other than to take my banking elsewhere.
Posted by
Ron
on December 22, 2017
Where can I find an attorney to file a lawsuit against a credit union in Massachusetts.