Zyprexa has been in the news a lot lately, mainly for its link to weight gain and diabetes; however, Zyprexa has also been associated with an increased risk of suicide attempts. Families of people who committed suicide while taking Zyprexa have filed lawsuits alleging Eli Lilly and Company, maker of Zyprexa, did not warn patients about the risk. 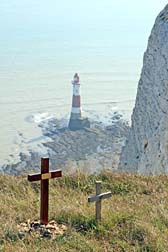 In a letter to Canadian clinicians (September 7, 2004) Lilly outlined inappropriate uses of Zyprexa that the company knew of. In one such case, a patient who was given more than the recommended daily dose committed suicide.

More News
Lilly first came under fire when it was revealed that Zyprexa was associated with a significant risk of weight gain and an increased risk of diabetes. The company has paid hundreds of millions of dollars to settle lawsuits filed by people who were harmed after using Zyprexa. The suits alleged Lilly did not use adequate warnings in Zyprexa's labeling despite knowing about the risks associated with the drug.

Zyprexa is approved as a treatment for bipolar mania and schizophrenia. However, it has also been used off-label for anorexia, autism, anxiety and obsessive-compulsive disorder. When it was initially released on the market, Zyprexa was viewed as a "wonder drug," one that was more effective than older antipsychotic medications but without the side effects. Since that time, Zyprexa has been linked to pancreatitis, weight gain, and diabetes.

Some lawsuits have already been filed against Lilly, alleging Zyprexa was responsible for the deaths of loved ones. At least one expert in psychiatry argues that Zyprexa has the highest suicide rate of any antipsychotic in clinical history.