Eli Lilly and Co. has announced that it is updating the US warning labels for its drug Zyprexa, an atypical antipsychotic that has been linked to an increased risk of suicide, weight gain and Zyprexa, among other side effects. Although the new label does not address the increased risk of suicidality, the company has warned that patients taking Zyprexa should be closely monitored for signs of depression.

Furthermore, Lilly has warned that Zyprexa can increase suicidal thoughts and behaviors in children, teens and young adults. Although Zyprexa is not approved for use in patients under the age of 18, doctors do still prescribe the drug off-label and [news] from the US Food and Drug Administration (FDA) indicated that Zyprexa would soon be approved for use in younger patients. 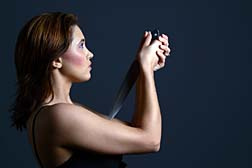 The new warning label addresses the increased risk of weight gain and high blood sugar, high cholesterol levels and other metabolic issues. The new label also acknowledges that Zyprexa has a greater risk of high blood sugar than other atypical antipsychotic medications. Despite claims by the American Diabetes Association that Zyprexa causes diabetes, Lilly has not included that increased risk on the warning label. Thousands of lawsuits, both class action and individual, were filed against Lilly alleging the company knew about the risks of weight gain and diabetes in Zyprexa patients. So far, Lilly has agreed to pay around $1.2 billion to settle cases with over 28,000 victims.

The list of serious potential side effects associated with Zyprexa is continually growing. Among the more serious side effects are: increased risk of suicide, akathisia (a precursor to suicide), weight gain, hyperlipidemia, hyperglycemia, diabetes, pancreatitis, personality disorder, increased mortality in elderly patients with dementia, neuroleptic malignant syndrome (NMS) and Tardive Dyskinesia (TD, which can become irreversible if the duration of treatment of Zyprexa increases). Other side effects of Zyprexa include somnolence, dizziness and constipation.

Lilly has come under fire for downplaying the risks of Zyprexa to maximize profits. The allegations were made in relation to the company's minimizing the risks of weight gain and diabetes; however, a company that would downplay those risks could conceivably minimize the risks of suicide as well. Pre-marketing trials of Zyprexa showed that 12 people in the group taking Zyprexa committed suicide, compared with no suicides in the placebo group.

In 2004, the New York Times ran an article about the suicide of a student who was involved in a Cymbalta trial. Cymbalta is an antidepressant also made by Lilly. The student, who was 19 years old at the time, was apparently a healthy young woman with no outward signs of depression who joined the trial to earn extra money. Five days before the tragic event, a federal advisory panel recommended that warning labels including the risk of suicide be included on antidepressants.

More News
Further examination of the link between Zyprexa and suicide is needed to show exactly how great the risk to patients is. In the meantime, a study published in the November 2007 Journal of Affective Disorders found an increase in suicidal behavior in bipolar patients who took antipsychotic medications. The scientists involved in the study concluded that, "...use of antipsychotics for bipolar patients requires careful monitoring for suicidal behavior. Further studies are urgently needed to better characterize this relationship."

Those most at risk of suicidal thoughts while taking Zyprexa are children and teenagers. In fact, many people in the research community are concerned that Zyprexa will have a more severe effect on younger patients than it does on older ones. That said, if adults have an increased risk of suicide while taking Zyprexa, how much higher is that risk in youth who take it?
READ ABOUT THIS LAWSUIT

Posted by
Linda pretty
on January 25, 2022
Is there anyone that can help me lodge a lawsuit against the ppl who created this horror drug?
I became severely agitated and depressed on it and it was given to me for weight gain from.anorexia recovery which was stupid as l also tried to kill myself coz of this medication l couldn't bare to be left alone
Posted by
Ryan Fanucchi
on July 3, 2014
Hello,

I've been mostly on than off of Zyprexa since 1997 and I've noticed recently that my Bipolar Depression has become unbearable.

I'm on other medications as well such as Cytomel, Latuda, Cogentin, Klonopin, Adderall, Neurontin, TOPROL XL, Ambien, and Restoril.

I noticed last month that the increase in the inpatient psychiatric unit of Zyprexa caused me to have suicidal thoughts at 30mg. My current dose is 15mg.

I don't have weight problems because I exercise daily, but the higher doses of Zyprexa increased suicidal ideation.