The Durom Cup Runneth Over With Frustration and Controversy

The Durom Cup debacle has pitted the manufacturer against the surgeon with regard to just what happens when a Zimmer hip replacement fails. When the Zimmer hip prosthesis system began failing, requiring revision surgeries, the manufacturer was quick to blame the surgeons for not installing them properly. But surgeons begged to differ, and the guy that alerted his colleagues to the failing devices in the first place is a world-renowned surgeon. 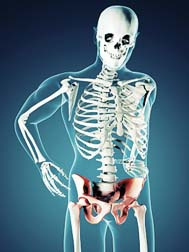 "I can assure you that this goes beyond technique," Dr. Larry Dorr, a respected orthopedic surgeon, implored in his open letter to the American Association of Hip and Knee Surgeons in April of this year. He found that he had to perform 10 revision surgeries out of a 165 hip replacements using the Zimmer Durom acetabular component as of April 22nd 2008, with four more in the pipeline waiting to be revised.

That's 14 out of 165 hip replacements. To Dr. Dorr, who is Director of the Dorr Institute for Arthritis Research and Education, that was a problem.

It was a problem he had encountered before. But first, a bit more on the Durom Cup.

The Durom acetabular component represents the latest advance in hip replacement technology. The device is designed to bond to the patient's bone by way of a porous outside shell that is sprayed with an engineered substance that not only helps to prevent the body from rejecting the device, but also promotes the growth of a patient's own bone to grow into the shell. That's the secret of Durom. It is designed to bond with the bone.

Pretty high-tech stuff. And yet, there were problems. Patients were experiencing pain, and in some cases the device would pop loose. The observations of Dr. Dorr and others suggested that during revision surgery the Durom Cup would easily pop out. The latter was an indication that the device had not bonded properly to the bone, as it was designed to do.

Bad to the bone…

When Dr. Dorr alerted both his colleagues, and the manufacturer, in April of this year, Zimmer took the matter under advisement and eventually suspended marketing of the Durom Cup in July. Zimmer has since devised an internet-based training program for surgeons, given its position that surgeons were not installing the device properly. Once a surgeon has completed the training, only then can he or she go back to using the Zimmer Durom Cup. The devices would not be released to that surgeon without the required documentation that the training had been completed.

One can imagine the response by experienced, and respected orthopedic surgeons like Dr. Larry Dorr, who stated in his April 22nd communiqué that technique was not the problem. The renowned orthopedic surgeon went on to say that previous failures with the Sulzer cup had him thinking, at one time, that failures were a result of surgical technique before it was determined that there was a fault with the Sulzer Cup.

It is interesting to note that in 2001, 3 patients who received the defective Sulzer hip implant were awarded a combined $15 million in compensation, after their hip implant devices failed to bond properly.

It is also worth noting here that Zimmer refused to trigger a recall of the Zimmer Durom Cup, and instead went only so far as to temporarily suspend marketing of the product. There was no recall, because in Zimmer's view the Durom acetabular component is not defective.

However, it has been reported that the coating on the Durom Cup sold in the US is of a slightly different structure and is slightly thicker than that inherent with Durom devices sold outside the US. It is also worth noting that data mined from clinical trials of Durom acetabular component patients outside the US reveal zero revision surgeries in 386 cases, vs. 14 out of 165 in Dr. Dorr's experience.

Dr. Dorr noted in his April 22nd communiqué that X-rays of Durom cups in the first year looked "perfect," and noted that four revisions did not present any radiolucent lines of migration. However, the symptoms experienced by patients "were so classic for a loose implant that we operated the patients. When we hit on the edge of the cup it would just pop free. As time goes by the cups begin developing radiolucent lines. We now have one cup at two years that has actually migrated a short distance. It has tilted into varus. We do not believe the fixation surface is good on these cups. Also there is a circular cutting surface on the periphery of the cup that we believe prevents the cup from fully seating."

More ZIMMER HIP REPLACEMENT News
Dr. Dorr noted that he stopped using the cup completely after the first round of revisions.

Thus, the lines are drawn. Zimmer says the Durom Cup is not defective, and is instead emphasizing a revision in technique. Experienced orthopedic surgeons, and one in particular with a respected global reputation, emphasize that surgical technique is not at issue but that there is a problem with the device itself. Durom hip replacements sold outside the US, featuring a slightly different design, are not showing similar signs of failure as those used here.

All the more reason for a Zimmer hip replacement patient who has experienced pain and suffering as the result of receiving a Durom acetabular component, to seek legal advice and protect the patient's right to compensation.

In fact, Zimmer says you should do just that…