It is the kind of stuff Hollywood movies are made of: Whistleblowers fighting against corrupt companies, doing everything they can to protect the public from the evils of large corporations. Many movies have been made about this very topic and the stories can seem larger than life. But the truth is that whistleblower lawsuits extend further than pharmaceutical and tobacco companies. 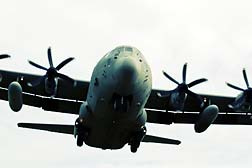 In February 2009, an Oakland shipping company agreed to settle a whistleblower lawsuit for $26.3 million. The lawsuit alleged that the company, APL Ltd. made fraudulent charges for cargo shipped to the US military in Afghanistan and Iraq. This included overcharging and double-billing the US Department of Defense for transporting containers from ports to inland sections of both Afghanistan and Iraq. Of the $26.3 million announced in the settlement, $5.2 million will go to the original plaintiff.

In agreeing to settle the case, APL did not acknowledge any wrongdoing on its part. A spokesperson for the company said that the dispute came down to contract interpretation and APL properly billed the government.

Meanwhile, a whistleblower lawsuit alleging that insurers fraudulently overfilled the National Flood Insurance Program following Hurricane Katrina has been reinstated by a Court of Appeals. The lawsuit claims that insurers inflated damages from flooding and diminished damages from wind so that they could pay less on claims. Private insurers cover the damages caused by wind while the National Flood Insurance Program covers damage caused by flooding.

A whistleblower lawsuit has also been filed by two Washington DC fire investigators, who alleged they were given "menial and demeaning duties" in retaliation for complaining about how the department mishandled possible arson cases. The 2 plaintiffs, who have been firefighters for over 17 years alleged that the fire department concealed evidence of a serial arsonist in relation to a fire investigation.

They also said that unqualified people were assigned to investigations because of their race. The plaintiffs say that they complained to their supervisor and the mayor's office about problems in their department, which was followed by a "smearing" of their reputations. They were then given demeaning tasks such as passing out snacks to firefighters at fire scenes.

A spokesperson for the department said that the allegations were "meritless."

More WHISTLEBLOWER News
The False Claims Act, also known as Qui Tam Laws, is a federal law that allows individuals to seek damages on behalf of the government. Any individual who successfully pursues a suit under the False Claims Act is entitled to anywhere from 15 percent to 30 percent of the damages awarded. Furthermore, the False Claims Act protects whistleblowers from retaliation for investigating or filing a potential lawsuit. This means that a company cannot fire or in any way consequence an employee who files a lawsuit on behalf of the government against that company.