Another whistleblower is born. This time it's a middle-aged, articulate African-American woman who has a keen sense of right from wrong, and the guts to do something about it. The result is a whistleblower lawsuit filed under the Federal False Claims Act.

American taxpayers will have this Texas grandmother to thank for exposing alleged wrongdoing in the awarding of medical contracts in the health care and medical products industry, misdeeds that have been allegedly funneling millions of dollars out of Medicare and Medicaid coffers, into places where it doesn't belong.

Cynthia Fitzgerald, aged 50 and the proprietor of Dimension Medical Supply, has named a number of well-known medical products manufacturers in her whistleblower lawsuit, including Johnson&Johnson, Merck and Becton Dickinson. In all, there are more than a dozen defendants with impressive pedigrees in the medical field.

One company—and the job she held there briefly—serves as the focus. 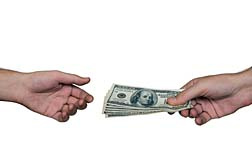 A pharmaceutical sales rep for twenty years, Fitzgerald was very careful in her dealings with her clients. It might be okay to buy a doctor lunch or dinner out of courtesy, she says, but the offering of perks and freebies in an effort to influence a sale was strictly taboo in Fitzgerald's view. Still is.

As it was in 1998 when, reeling from a divorce and attempting to fashion a new life for herself, she took a position with Novation, a health care purchasing enterprise based in Irving, Texas. Novation assisted hospitals, health agencies and doctor's offices with the often-complex purchase negotiations of medical product supplies.

Fitzgerald's portfolio was worth $240 million per year, in terms of spending on the part of the hospitals and medical agencies within her purview. Initial training, she explains, re-inforced the importance of rigid safeguards and ethics in the purchasing environment.

First impressions jived with Fitzgerald's need and desire to keep everything on the up-and-up. There is a right way, and a wrong way to do things, and this is one lady who knew the difference. Her training suggested she could be very happy, and satisfied there.

However, things began to sour a few months into the job, Fitzgerald says, when a team of sales reps from a major medical products manufacturer, and one named as a defendant in her suit, came in to compete for an exclusive, three-year IV supply contract to Novation's client roster worth $130 million.

Even the meeting was suspect, as all the bids were in by that point, and a prescribed silent period had begun. Standard protocol dictated that all communication with those companies submitting bids was to be conducted only in writing.

And yet here was a face-to-face meeting with one of the competing bidders, apparently sanctioned by Novation, in front of the neophyte responsible for making the decision.

And then the zinger: "How much will it take to get the contract," one of the reps is alleged to have asked. "Others before you have done it."

Fitzgerald is said to have ended the meeting right then and there, and went on to award the contract to another supplier that had, in Fitzgerald's view, a superior bid. However, not too long after that the same thing happened again, when a supplier competing for a supply contract assured her at dinner, in front of witnesses, that he would 'take care of her.'

Her response was to ask to be taken off the account, and to be removed from making the decision on that particular contract. Making her views known to her superiors and others within the company, Fitzgerald's complaints fell on deaf ears, and instead were met with a negative performance review and, 15 days later, a pink slip.

She was fired, she says, because she wouldn't play the game.

Since then, Fitzgerald has come to believe that bid rigging is systemic in the health care field. Her response was to file, just as soon as she was legally and contractually in the clear to do so a whistleblower lawsuit, which was filed and sealed in 2003.

The False Claims Act is a federal statute, which provides for a private citizen with insider knowledge of fraud the right to sue on behalf of the United States. While originally enacted to address illegal war profiteering, the False Claims Act has evolved into a credible tool for righting a host of wrongs involving health care fraud

The US government has recovered $20 billion since 1986, with $5 billion of that coming in over the last two years, via False Claims Act litigation.

Lawsuits filed under the False Claims Act remain under court seal while federal and state investigators determine the viability of the suit for their purposes. In Fitzgerald's case, her lawsuit languished for four years until a judge this past May became impatient and ordered it unsealed. For their part the assistant United States attorney for the Northern District of Texas Sean R. McKenna, and Texas attorney general Greg Abbott have indicated they are still investigating and have yet to decide whether or not to join the case.

More News
However, while Fitzgerald waits, momentum is on her side. Her allegations of millions lost in the complex healthcare system were supported in 2005 by the findings of an independent audit by the inspector general of the US Department of Health and Human Services. Responding to increased pressure from Congress, Daniel R. Levinson studied the finances of three purchasing consortiums and concluded that member hospitals and agencies did not fully account for the flow of reimbursements, rebates and other payments. Over five years, according to Levinson, the discrepancies accounted for hundreds of millions of dollars.

Fitzgerald's lawsuit claims that systemic fraud falls across an incredible 7000 institutions.
With as many as a dozen major suppliers named as defendants, Fitzgerald's False Claims Act suit could be the largest of its kind.

Under the False Claims Act, the whistleblower is entitled to anywhere from 15 - 30 per cent of monies recovered.

Last year, Tenet Healthcare paid $900 million to settle claims arising from accusations they had over billed the Medicare program.

If you have identified illegal behavior by individuals or groups from a corporation or a government agency, please contact a lawyer involved in a possible [Whistleblower Lawsuit] who will review your case at no cost or obligation.
Request Legal Help Now