While some may view whistleblowers as proverbial 'rats,' whistleblowing can be both morally satisfying and financially lucrative—although the incentive must always be on the former. The need and the freedom to speak out are protected by a whistleblower act. Whistleblower laws exist to encourage whistleblower cases and to shield the whistleblower from undue duress. 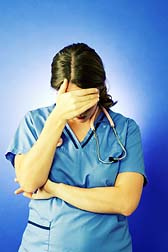 The Pittsburgh Post-Gazette reported this week that a whistleblower case in Pennsylvania would go forward in spite of the defendant's motion to dismiss.

The plaintiff in the action is Donald Hess, the former police chief of Blairsville. He was fired June 16 because, the plaintiff alleges, he referred questions with regard to alleged financial impropriety involving Blairsville's downtown improvement group to both the state police and the Indiana County district attorney's office.

Hess complained that the firing was unjust and violated his contract with the municipality. The municipality's attorneys argued that an updated contract awarded to Hess in October, 2007, was unenforceable due to the fact the contract was ratified by a lame-duck council. However, US District Court Judge Arthur J. Schwab ruled that because more than 18 months had gone by since the vote and the subsequent council left the contract in place, it could stand—"even if it had been null and void at the outset," Judge Schwab wrote in his decision.

The whistleblower complaint was upheld because the complaint "states sufficient facts" to proceed.

Meanwhile, a mature nursing school student is $450,000 richer after being expelled for blowing the whistle on an instructor who allegedly failed to provide students with sufficient clinical training time.

Sara Castle, 55, complained that she and other nursing students would arrive early for clinical training, only to be dismissed by the instructor by 8 am.

More WHISTLEBLOWER News
Castle complained to administrators at Appalachian Technical College in Jasper, Georgia. The instructor was fired, but Castle was expelled 13 weeks before she would have graduated.

The plaintiff pursued a whistleblower lawsuit. Following two days of testimony, United Press International reported that the jury deliberated less than an hour before awarding Castle $400,000 in punitive damages and $50,000 for emotional injuries.

In the wake of the Enron scandal, Congress passed the Corporate and Criminal Fraud Accountability Act of 2002, more commonly known as the Sarbanes-Oxley Act (SOX). The Act establishes whistleblower protection for employees of publicly traded companies. Whistleblower laws and whistleblower policy are designed to encourage employees to report possible fraud without fear of reprisal from their employer.