A whistleblower lawsuit settlement not only cost the defendants involved significant coin, it saved the struggling US health care industry millions—and all thanks to two men who engaged in some conscience-clearing whistleblowing with backing from the Whistleblower Act. 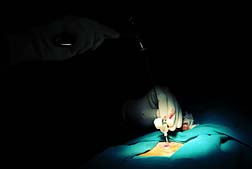 Craig Patrick and Chuck Bates were former employees of Kyphon Inc., a manufacturer that has since been acquired by Medtronic. Patrick, of Hudson Wisconsin was a reimbursement manager for the company, while Bates served as a regional sales manager for the firm in Birmingham, Alabama.

The two men noted that Kyphon was allegedly promoting the undertaking of kyphoplasty as an inpatient procedure, when in fact the procedure qualifies as an outpatient procedure. Kyphoplasty is used to treat certain spinal compression fractures that commonly occur in the thoracic (middle) and lumbar (lower) spine. Patients typically recover fully and can walk in a few hours.

However, by performing kyphoplasty as an in-patient procedure, hospitals could bill Medicare and Medicaid much higher fees. In so doing, the hospitals were effectively overcharging the US health care system thousands of dollars for each procedure.

Three hospitals in particular—all part of the HealthEast chain based in St. Paul, Minnesota—have agreed to pay the federal government a total of $2.28 million to settle the qui tam lawsuit.

This most recent whistleblower lawsuit followed a similar action last year brought by the same whistleblower pair exposing an alleged sales and marketing scheme by Kyphon to defraud Medicare.

The qui tam lawsuits allege that Kyphon made recommendations to hospitals that the institutions could increase their Medicare and Medicaid billings by requiring that kyphoplasty be undertaken as an inpatient procedure. With the promise of increased revenue, many hospitals fell in line.

Thus the allegation is that between 2002 and 2007 various hospitals overcharged the federal government thousands of dollars each time by requiring kyphoplasty to be performed in a hospital setting. The subsequent cost to the government in terms of overcharges would easily number into the millions of dollars.

Once the two men blew the whistle on the scheme, the government launched an investigation and eventually joined the whistleblower lawsuit.

Last year Medtronic Spine LLC—which is what Kyphon Inc. evolved to after the company was purchased by Medtronic Inc.—paid out $75 million to settle a similar whistleblower lawsuit brought by the same two men.

The three HealthEast hospitals are thought to be the first of many to settle whistleblower claims and to reimburse the federal health care system after various hospitals nationwide bought into the scheme at the behest of Kyphon Inc.

Kyphoplasty is a minimally invasive procedure used to treat certain spinal fractures that are often due to osteoporosis. It has been reported that the spinal procedure can be performed safely as an outpatient procedure. In fact, very nearly all of the inpatient kyphoplasty cases reviewed within the federal government investigation could have been undertaken safely as an outpatient procedure, thereby saving Medicare and Medicaid thousands of dollars each time.

However it is alleged that Kyphon, which vended the equipment and materials necessary to perform kyphoplasty, recommended to hospitals that they could increase their billings to Medicare and Medicaid by doing the minimally invasive procedures in the hospital.

Kyphon employees Bates and Patrick bravely raised the red flags and served as the whistleblowers in the qui tam lawsuit filed against the three HealthEast hospitals. The action, brought under the False Claims Act, was filed last year in federal district court in Buffalo, New York.

More WHISTLEBLOWER News
Under the False Claims Act, private individuals can sue companies defrauding the government and recover funds on the government's behalf. Whistleblowers, known as "relators," are entitled to 15 percent to 25 percent of the amount recovered as a result of their qui tam lawsuits when the government joins the case, and up to 30 percent when it elects not to join.

It's all part of the Whistleblower Act that allows such lawsuits to be brought and provides various rights and protections for the whistleblower. There is little doubt that given the foregoing whistleblowing can oft times be lucrative. But more often than not for the whistleblower, the greater good is to simply see a wrong and made right. The reward is the clear conscience. A few extra dollars in the bank doesn't hurt, either…