While the whistleblower has often been romanticized in the movies as swashbuckling characters driven by testosterone and appearing larger than life, actual whistleblowing is more often than not carried out by ordinary people who are often scared, but speak up anyway out of a sense of duty. You will be glad to know that the Whistleblower Act and other statutes serve to protect you. 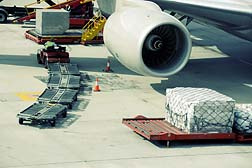 This appeared to be the case for a handful of employees who used to work for an air cargo carrier. While it was not reported as to why the 9 former employees no longer work there—whether they were fired, vs. leaving the employ of Southern Air on their own (one was, indeed terminated)—the fact remains a whistleblower complaint was made against the carrier. The carrier responded with a lawsuit.

This month the lawsuit was not only tossed out, but Southern Air was ordered to pay the group of nine whistleblowers more than $7.9 million in wages, damages and legal fees.

It has been reported that Southern Air responded with a defamation lawsuit against the group of 9, which it filed in Connecticut Superior Court in May of last year.

Turns out the whistleblowers won't have their day in court after all after OSHA ordered Southern Air, which is based in Norwalk to withdraw the lawsuit. An investigation found the lawsuit was filed in retaliation for the workers' protected activities under the whistleblower provisions of the Wendell H. Ford Aviation Investment and Reform Act for the 21st Century.

"This order sends a strong and clear message that these and other workers have the right to raise safety issues with their employers and regulatory agencies without fear of retaliation and intimidation," said U.S. Secretary of Labor Hilda L. Solis. "The Labor Department will vigorously investigate such allegations and, where merited, order appropriate remedies for workers."

The group of 9 former flight crewmembers will no longer have the lawsuit from their former employer hanging over their heads. Instead they can look forward to nearly eight million dollars representing damages and legal fees, as well as back wages.

It is not known if Southern Air will appeal the ruling.

As a result of its investigation, OSHA issued a notice of findings and order to Southern Air directing the airline to withdraw its lawsuit, as well as pay the complainants $6,004,000 in lost future earnings, $1,800,000 in compensatory damages and $129,789 in legal fees and costs.

The carrier is also required to purge each complainant's personnel file and other records of all warnings, reprimands or derogatory references resulting from protected whistleblower activity.

Southern Air must refrain from mentioning the complainants' protected whistleblower activity or conveying any damaging information in response to third party inquiries.
The company was also directed to provide all Southern Air crewmembers with copies of the FAA Whistleblower Protection Program poster and OSHA's notice to employees and display in each Southern Air facility.

More WHISTLEBLOWER News
Last month OSHA ordered Southern Air to pay more than $400,000 to a single flight crewmember for lost wages, back pay, damages and attorney's fees after the employee was terminated for making valid complaints regarding safety issues. The former employee had raised concerns to his former employer with regard to inadequate rest breaks and work hours in excess of those permitted by the FAA.

He alleges that he was terminated for raising safety issues that the OSHA, through a subsequent investigation, found to be valid concerns.

Thus the whistleblower is vindicated, and justice is served. A sad reminder that often the act of whistleblowing will result in retaliation. However, as you have seen there are various protections for the whistleblower—including the Whistleblower Act—that come into play in support of a citizen having legitimate concerns and the guts to speak up.