Tylenol, a medicine cabinet staple in millions of households, has been getting some bad press lately. Linked in the past to acetaminophen toxicity, potential liver damage, and other Tylenol side effects, the product identified as Tylenol Arthritis Pain Caplets was recalled by Johnson & Johnson (J&J) after consumers reported that the pills made them nauseous and had an uncharacteristic smell and taste. 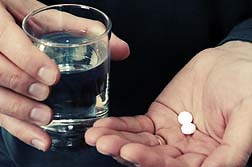 Five lots of the caplets, shipped in 100-count bottles with red EZ-Open caps, are being recalled voluntarily, according to a statement issued on November 6 by McNeil Consumer Healthcare, a unit of J&J. A report by the Newark-based Star-Ledger suggests that contamination could be linked to the wooden pallets on which empty bottles were shipped.

Meanwhile, parents who administer acetaminophen to infants within the first day of their receiving a vaccination against viruses such as H1N1 could diminish the effectiveness of the vaccine, according to the November 11 edition of the Rochester Democrat and Chronicle.

The newspaper cites a Czech study that appears to confirm related lab studies based in Rochester, New York.

Published in mid-October in The Lancet, the Czech study followed 459 infants aged 9 - 16 weeks who received routine vaccines against pertussis, polio, pneumonia, meningitis, tetanus, hepatitis and other childhood diseases. The infants who were given Tylenol at the point of vaccination presented with lower antibody levels.

Antibody levels also remained significantly lower when booster vaccines were given at 12 - 15 months of age.

More TYLENOL/ACETAMINOPHEN News
In a related study, researchers at the University of Rochester Medical Center discovered that Tylenol reduced a human cell's ability to make antibodies. Richard P. Phipps, a professor of environmental medicine, microbiology, immunology and pediatrics at the University of Rochester, revealed that results remained consistent whether he and colleagues tested virus particles or live viruses in human blood samples and in mice.

The bottom line, says Phipps: "For most healthy people, it would be wise not to take any of the over-the-counter anti-inflammatory medications" immediately before or after receiving a vaccine. A bit of fever indicates that the immune system is doing the work it's supposed to do.

An editorial in The Lancet by specialists with the US Centers for Disease Control and Prevention says that fever-reducing medicine like Tylenol should only be administered after a vaccination if a doctor specifically recommends it, such as for a child who has convulsions caused by high fever.

If you have suffered losses in this case, please send your complaint to a lawyer who will review your possible [Tylenol/Acetaminophen Lawsuit] at no cost or obligation.
Request Legal Help Now