Bayer AG is facing a new challenge with Trasylol that doesn't have anything to do with the other 78 lawsuits that the drug company is facing. This lawsuit involves a North Carolina man's claims that he is at a financial loss because Trasylol was used during his 2006 heart surgery. Fortunately, he is not one of the tens of thousands of people who have possibly experienced injury from the anti-bleeding drug.

On April 11, 2008, Jerry Saine filed a lawsuit in the United States District Court for the Eastern District of North Carolina. Instead of physical injury, he claims that he experienced "economic injury" that resulted from his heart surgery approximately two years ago. 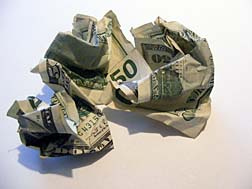 His claims state that Bayer marketed the drug, although they knew that Trasylol had dangerous health risks such as heart attack, stroke, and kidney failure. Previous research studies had found that the risks of Trasylol were great, including studies that Bayer conducted on their own. Bayer had withheld the results from the FDA in 2006 and claimed it was in an effort to verify the results. In the fall of 2007, Bayer and the FDA recalled the drug. By that point, lawsuits had already been filed against Bayer for cases in which patients who were given Trasylol, sometimes unknowingly, were having to undergo kidney dialysis. There were also cases in which a loved one had died of kidney failure after heart surgery.

Saine claims that there were cheaper and safer alternatives to Trasylol, although he did not become ill. However, he says that North Carolina's Unfair Practices and Deceptive Trade Practices Act was violated because the drug company knew the risks.

More News
The suit says that if the true efficacy and dangers of the drug had been disclosed to patients, the less expensive and safer alternatives would have been used on the patients. Trasylol is expensive in the fact that a single injection can cost up to $1,000. There are alternatives to the drug that cost as little as $50.

In the meantime, the number of lawsuits against Bayer is growing because many claim that it is Trasylol that made them sick or caused the death of their loved one. There has been considerable media coverage, including a February airing of the news show "60 Minutes" that interviewed Dr. Dennis Mangano, who said that Trasylol had been known to be dangerous for years.

In Saine's "economic injury" suit, a claim for damages was not cited in the lawsuit.

If you have suspect you have suffered side effects from Trasylol, please contact a lawyer involved in a possible [Trasylol Lawsuit] to review your case at no cost or obligation.
Request Legal Help Now