Topps Meat Co. may have closed October 5th, but there are still 1.8 million pounds of meat potentially contaminated with E. coli still languishing in the company's warehouses. What ultimately happens to that meat will hinge on the potential sale of the bankrupt company—its assets as well as trademarks—to a food company in New Jersey.

Under federal law the leftover meat—1.3 million pounds of packaged inventory, together with 536,000 pounds of raw meat—would have to be destroyed.

Until this fall, Topps Meat Co. of Elizabeth, New Jersey was humming with activity until one of the largest meat recalls in US history drove it into bankruptcy. It was later determined that the source of the E. coli contamination was a Canadian beef supplier that is no longer allowed to import beef into the United States. However, Topps was also found to be lax in standards and protocol, including the practice of mixing tested meat with non-tested beef. 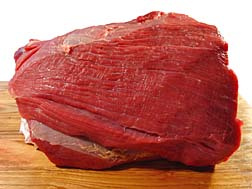 Strategic Investments & Holdings, a private equity firm based in Buffalo New York, has stated that while owning a controlling interest in the company, day-to-day operations were left to Topps Meat Co. management. Among the safety faux pas at the plant, it was found that Topps had seriously dropped the ball when it came to testing meat from non-domestic sources.

In what became the second-largest meat recall in US history, Topps was forced to recall 21.7 million pounds of meat in September after 100 people in eight states and Canada were sickened by consuming Topps beef products.

However, the recall was long in coming, considering the first indication of E. coli contamination was seen in early summer. Further, numerous instances of Topps products remaining on store shelves after the recall was announced, suggests a breakdown in communication. The fact that Topps meat product was marketed under various brand names did not help; while some retailers had removed Topps branded products from their freezers, other products under different brands were still available for sale.

Officials admit the recall could have been better handled, and expedited in order to minimize exposure of potentially harmful E. coli to the general public.

The 67-year-old meat producer did not survive. Six days after the recall, Topps Meat Co. closed its doors October 5th and filed for Chapter 7 bankruptcy in late November.

Now Premio Foods of Hawthorne, NJ has put in a bid to purchase the spoils. Included in the $794,605 bid, which will be considered on January 8th, is the Topps physical plant and equipment, all of the Topps trademarks and brand names...

And 1.8 million pounds of meat.

That's right—Premio would have to buy almost two million pounds of potentially sick meat, still a looming presence at the Topps warehouses. Under the terms of their proposed agreement, Premio has reportedly bid ten cents per pound for 1.3 million pounds of packaged product, and five cents per pound for nearly 536,000 pounds of raw meat that has been sitting in refrigeration units since the first of October.

That's almost two million pounds of meat potentially contaminated with E. coli that Premio, if successful, would have to destroy under federal law.

In other words, along with the other assets of the company they are buying 1.8 million pounds of worthless and potentially harmful meat, just to throw it away.

More News
A bid of $794,605 for property, equipment and trademarks appears to be a steal, as is often the case with the acquisition of bankruptcy assets. Purchasing the meat, at worst, could be a formality, a loss leader, and a necessary evil in order to gain control of the remaining assets.

The fact remains, however, that the meat is still there and still potentially harmful. And while it will be Premio (if successful), and not Topps charged with the responsibility of destroying the leftovers, we can only hope that regulators will be available to ensure the deed is done. While Topps has been chastised for lax testing standards, federal regulators on site also failed to notice lapses in safety, or report problems.

Let's hope for the displaced New Jersey employees that the New Year brings a new lease on life for the former Topps facility. Let's also hope those 1.8 million pounds are properly destroyed and not re-used, re-sold or re-surfaces as dog food.

The meat is sick. Get rid of it.