Texas employment law protects Texas employee rights by regulating how employers must treat their employees. One provision that has far reaching implications for the average Texas employee is the Right-to-Work law, which puts strict guidelines on organizations who want to make joining a union a requirement of employment.

Not every state has "right-to-work" provisions. In Texas, right-to-work laws make it illegal to require that an employee join a union or provide financial support to that union as a condition of employment. Essentially, the right-to-work provisions gives employees in Texas the ability to decide for themselves whether or not they want to join or financially support a union. 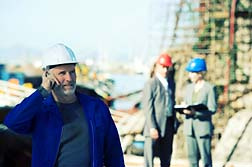 Under the Texas Right-to-Work Act, employees have the right to bargain either individually or collectively, the right not to have money held from a paycheck for union dues without their consent and the right to not be denied employment based on union membership. Furthermore, it is illegal for an employer to refuse to hire a potential employee because the employee wants to join a union.

According to the website of Texas Attorney General Greg Abbott, (oag.state.tx.us) "…the choice of whether to join a labor union is yours; you may not be required to join or pay dues to a union as a condition of employment, nor may you be denied employment because you have joined a union."

Furthermore, "If your employer has entered into a collective bargaining agreement with a union which requires employees to make payments to, or on behalf of, a labor union under the agreement as a condition of employment (often referred to as a 'union security clause'), your employer may be in violation of Texas right-to-work laws."

More TEXAS EMPLOYMENT News
According to a newsletter sent out by the Texas Workforce Commission (Texas Business Today, Summer, 1999), some people confuse the Texas at-will employment provision with the right-to-work provision. The newsletter notes that at-will employment means that either party in an employment relationship can end the relationship "with or without cause and with or without notice," although there are exceptions to that rule. Meanwhile, the newsletter states, "Right-to-work refers only to collective bargaining and union issues."

Despite Texas' Right-to-Work laws, some employers or organizations have attempted to fire employees because they refused to join a union or pay union dues. In 2007, Abbott filed a lawsuit against a union and an employer because a security guard was allegedly fired for refusing to join a union or pay union fees. A federal administrative law judge reinstated the employee to his position. The suit against the union and the employer alleges that they entered into an unlawful contract requiring employees to join the union or pay union dues.

In my opinion, Right to Bargain and Right to Work are saying
its Collective Bargaining by a "Labor Organization" so Union or Staffing Company, or Royal Order of Water Buffalo, is wrong.

That it is persons being forced, in order to be employed, by a company, to join a Labor Organization or subscribe to a standardized wage which are wrong.

So Right to Work means YOU choose who you want to join or not join. Right to Bargain means YOU cannot be forced to join or accept a Collective Bargained wage.

International Human Rights (Article 20) and the US Bill of Rights have similar considerations regarding Freedom of Association.

In theory it sounds good for an informed and proactive society.
But we live in one where people try to take advantage of one another under the guise of being the collective or populist perspective.

If you are interested in what other persons of the same professional experience as your self are actually being professionally paid.

You can look up the wages of persons in similar occupations in your region.

The internet is not static. Neither are wages or ROI.

Posted by
Nancy
on June 29, 2015
Hello I would find out how I can talk to a job adviser for employment I really need some help I need a job and not getting considered by any employer not even interviews
Is legal in Austin TX for employers to put a former employee on a Do Not Hire List/Black List not to be hired for employment ever Is this legal by law in TX-Austin
Thank you good day

Posted by
Nancy Stewart
on April 25, 2015
I have a question that I am concerned with and may be you can help I am unemployed and have been for 2 years now I have submitted several applications to employers and made follow up contacts and I have been rejected by every employer that I have applied with I have not even been considered for an interview I don t know why this is happing if is my resume or if it is my voice most of the time now everything is online I see a lot of job postings that I would like to apply for but I don t have the experience for a lot of job postings I don t have 100 school degrees either I have worked a few temporary jobs but the companies I worked for I would not recommend to somebody I would please like to know if a former employer even temp employers can post on social media a bad word about a former employee to discourage a potential employer not to hire a potential employee that has submitted an applications I have general warehouse production background What could be the reason why employers do not consider hiring potential employees Thank you very much and have a great daY
Posted by
jeraine
on October 14, 2013
i have studied and i have read , i still can not find any matiral in here telling me , a employer has the right to through you hard earned hours in the trash just because they do not want to pay or it is because the office person is spending to much money and can pay payroll, the is a guy here that hasnt even seen much of a pay check ,and he has worked hard and nothing , we are not slaves, we are trying to make a living not make some one else rich and us barley make mintsmeat please help us come in unanounced
Posted by
jeraine
on October 14, 2013
where i work , i have been shorted my hours, if they do not want to give you your hours they will paper shrad you field ticket , if the foremans like you 'you will get your hours , that is if you will work yourself in to the ground for them so foremans can collect there bonces, we are not alowed to talk to the owner about a problem with out get theraton to be fired we do not have employee hand books and we are not certifed to be in the oil field , no H2S classes are safty meetings , our foremans have no clue what h2s will do to you they have never been to a class i have i been in this field 15 years safty first can you help