Investors with money in tenants in common (TIC) agreements through DBSI are frantically trying to determine what their next move should be. Since they suffered TIC losses, related to DBSI's bankruptcy filing, they are now hiring advisors to help them figure out how and if they can regain their lost funds. Unfortunately, many investors lost a lot of money in their tenants in common investments. 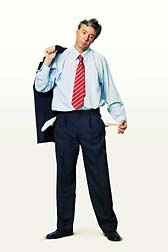 Some investors had millions of dollars invested with DBSI. They now wonder what they should do, although some are taking action by filing lawsuits against DBSI, which has recently filed Chapter 11 bankruptcy. So far, at least 10 lawsuits have been filed against the company.

Part of the problem was that DBSI guaranteed monthly payments to its investors, so investors believed they would receive those payments, no matter what. Except that the worst-case scenario happened and DBSI's income was no longer high enough to cover its debt load. So, of course, some investors stopped receiving their "guaranteed" monthly payments. Up to 12,000 investors, from all around the world, either received delayed payments or no payments at all.

When you are counting on that money to come in, it can be a hardship not to receive it. And we're not talking small potatoes. Some investors were counting on thousands of dollars monthly—money that would certainly come in handy, or may even be necessary for the investors to meet all of their bills. At the very least, a few thousand dollars a month is a lot of money to lose.

DBSI also suspended its sales activity, laid off staff and closed sales offices. Investors, understandably, became nervous. Now that they have stopped receiving their guaranteed payments, they are looking into, and filing, lawsuits against DBSI.

According to the Idaho Statesman, DBSI had at least 2 companies that sold tenants in common investments. One company, called Spectrus, sold the TICs as real estate. The other company, called DBSI Securities, sold the TICs as securities. In both cases, the investor purchases a fractional interest in a building—a shopping mall or other commercial property—receives monthly payments from tenants' rent, but does none of the work associated with owning a property, such as maintenance or repairs. Instead, DBSI takes care of that work under a master lease.

More TENANTS IN COMMON News
However, according to recently filed lawsuits, DBSI began buying land to develop, but that land sat undeveloped following the economic downturn. Because all cash reserves were pooled into one fund—proceeds from high-earning properties and new sales covered the low-earning properties—the company ran out of money when it stopped making sales. Investors were left with no monthly check and DBSI filed for bankruptcy. Rather than being able to dump the non-earning properties, DBSI found itself unable to pay its bills, so all its investors suffer.

Compounding the issue, some of the tenants in common investments were sold as real estate, which has less stringent disclosure requirements than securities. Whether or not they should have been sold as securities, rather than real estate, is a matter that could be investigated by federal officials.

Lawsuits against DBSI also claim that the company did not give investors who purchased their TIC through real estate vital information, such as that the properties were appraised or what price the properties were purchased for. It remains to be seen if other TIC companies will go the way of DBSI or if they will survive the economic downturn. For now, though, it looks as though DBSI will not emerge from this situation unscathed.

READ ABOUT TENANTS IN COMMON LAWSUITS

If you have suffered losses in this case, please send your complaint to a lawyer who will review your possible [Tenants in Common Lawsuit] at no cost or obligation.
Request Legal Help Now