His website, once a proud stop on the virtual financial services highway, today features just one paragraph:

Should you have further questions, please contact the Receiver at the following number: 888-727-8695 " 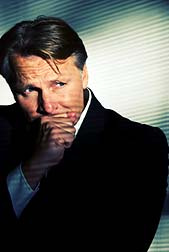 The expectation is that the number will be ringing off the hook as investors catch wind of a bogus investment scheme that has been billed as one of the largest shams in history.

Last Thursday Bernard Madoff, 70, was arrested over allegations of defrauding a growing list of wealthy individuals, celebrities, charities and even banks and financial institutions by way of an elaborate Ponzi scheme. Instead of investing his client's money in proper investments which paid dividends according to the workings of the market, Madoff is alleged to have essentially pocketed the investments and paid profits and dividends from the investments of new investors.

US investigators have been closeted in Madoff's 17th floor office in a tower in midtown Manhattan for several days, attempting to assess the damage. It is thought that losses could total as much as $50 billion, and investors stand little chance of getting any of it back.

The so-called Ponzi scheme is named after Charles Ponzi, an Italian immigrant who jumped into the investment world with a promise of doubling the investor's money in just 90 days. His scheme, which was founded in November 1919 and was bust by July of the following year, was basically a pyramid scheme and remains a favorite building block of fraudsters long after Charles Ponzi died a pauper in his native Italy.

An advertisement is placed somewhere promising extraordinary returns on an investment - for example 20% for a 30-day contract. The precise mechanism for such an incredible return can be attributed to anything that sounds plausible.

Initial investors are wary, but eventually someone invests, say $5000. Within a month the investor receives $6000. Now, greed overtakes reason and the investor rushes to raise a larger stake. Word begins to spread, and other envious investors clamor for a piece of the pie. Soon numerous people will have made $2000 on a $10000 investment, and suddenly people are mortgaging their houses to raise additional capital.

Ponzi schemes have become far more sophisticated since the namesake's initial vision of robbing Peter to pay Paul. The irony is that while Ponzi was taking in $250,000 a day in 1920—a huge sum for the time—he was still losing more money than he was taking in.

Investigators have yet to unravel Madoff's fraud. Meantime it has been reported that victims range from a charity affiliated with noted movie director Steven Spielberg, to Fred Wilpon—the owner of the New York Mets. European bank HSBC, on its own, may be out as much as $1 billion.

Madoff was apparently able to convince investors to give him their money in exchange for steady returns, regardless of the swings in the market. When questioned, he would refuse to divulge his strategy and would even become aggressive at the mere suggestion of doing so. A definite red flag. And yet, most investors remained starry-eyed by the returns history and threw caution to the wind.

More STOCK MARKET LOSSES News
"This should sound an alarm of the magnitude of an air-raid siren," said Jacob Frenkel, a former enforcement attorney with the Securities and Exchange Commission now in private practice, in comments to the Financial Post. "You cannot just rely on the name of a person."

Madoff has been described as having a brilliant mind, and used it to dupe both investors and regulators.

"I think it really takes a village to make something like this work," Peter Cohan, a business professor at Babson College in Wellesley, Massachusetts, told the Financial Post. "Obviously, it takes Madoff, who is hungry, amoral and clever. He would get hostile when investors asked questions. But investors also have to be eager to believe that what he's doing is really working."

It's has been reported that just before his arrest, Madoff confessed to his two grown sons that his company was little more than a Ponzi scheme.

A host of class action lawsuits are already in the works.