Stock Market Losses Felt By Those Who Can't Afford Them

The majority of investors know that when they invest their money, they run the risk of stock market losses. They invest their money anyhow, with faith that there will be a return on their investment. Perhaps they take a measure of comfort in knowing that, while they are taking a risk, even the richest of the rich also take risks when they invest in the stock market. Unless, of course, the rich are not taking the same risk. 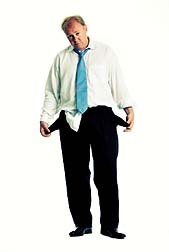 The Securities Exchange Commission (SEC) has filed a lawsuit against billionaire Mark Cuban alleging the Dallas Mavericks owner was illegally involved in insider trading 4 years ago. The company involved in the alleged insider trading was an Internet search company called Mamma.com Inc. According to Bloomberg, Cuban had invested in Mamma.com for 4 months, but became upset when the company told him it planned to sell its stock below trading price. Within 4 hours, Cuban sold his 6.3 percent stake in the company, a move that saved him over $750,000 in losses.

"It is fundamentally unfair for someone to use access to nonpublic information to improperly gain an edge on the market," said Scott Friestad, the SEC official in charge of the case. The lawsuit seeks unspecified fines and also seeks to confiscate any gains obtained through Cuban's trades.

Cuban has responded by calling the SEC's accusations "false" and accusing the commission of "win-at-any-cost ambitions." However, the SEC says that Cuban was upset that Mamma.com told him it was giving a secondary offering to investors known as a private investment in public equity (PIPE). In PIPE deals, new investors generally buy shares in a company for less than the existing market price.

It is one thing if everyone in the stock market is on a somewhat level playing field. Investors assume that they have access to the same information that everyone else investing in a company has. That level playing field shifts when some people are given access to vital information and use that access for their own gain, or to prevent losses. Mark Cuban may have saved himself $750,000 in losses, but what about the other investors who were not able sell their shares prior to Mamma.com's announcement? They were forced to accept those losses as a normal part of the stock market roller coaster.

More STOCK MARKET LOSSES News
Regardless of whether Cuban has or has not committed insider trading, the truth is that there are people who play by their own rules when it comes to the stock market. Some of those people are investors, who use their inside knowledge of various companies and their transactions to stay one step ahead of everyone else in the market. Others are financial advisors or stockbrokers, who use other people's lack of expertise in the market for their own personal gain.

Unfortunately, no matter who it is making up the rules as they go, it is the average investors, people who cannot tolerate a lot of risk or who do not necessarily understand the stock market, who wind up paying the price. Either they pay by holding onto stock when those in the know have dumped it, or they pay by losing money when brokers recommend unsuitable investments.

Fortunately, they can turn to the courts or to arbitration to recover their lost money.