Stock Market Losses and How You Can Reverse Them

These days it's not hard to find heart-wrenching stories of stock losses. Just Google 'stock market losses' with today's date and you get 1000 entries—people just like you, who have saved diligently for years, for their retirement; who sought stock market financial advice and got burned. 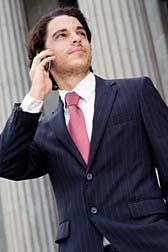 Well-meaning and hard-working Americans who put off family vacations, denied themselves that new car (again!) and resisted the temptation to buy that fancy new house even though they qualified for it. In fact the bank begged them to take the mortgage and with nothing down, no less. There would have been money left over to buy that car, and even top up the kid's college fund.

But no. You did the right thing. You invested in your retirement. And now it's gone.

It's gone because financial planners and financial products salespeople became de rigueur for anyone with any interest in saving for retirement. "Traditional pension plans are a thing of the past," they all said. "You can't do it the old way any more. You need a financial adviser to put you on the right path to retirement, to ensure your investments are handled prudently."

Yeah? Okay, so who are the new villains now? Hold the lawyer jokes, for I tell you truly that members of the legal profession will emerge to become the true heroes in this mess, because only with the aid of a good lawyer will you have any hope to recover what you have lost.

Could a financial adviser say the same? The same financial advisers, and financial products sales people who sold you high-yield products without, conveniently, divulging the risks? Did they bother to tell you that your so-called safe and ironclad investment was tied to a sub-prime mortgage held by someone who was one heartbeat away from defaulting?

And multiply that by hundreds of thousands…

As the investor, you're in the driver's seat now. They're making financial advisor, and stockbroker jokes now. And there they sit, with their tails between their legs, attempting to explain to you just where your money went, and why it isn't coming back. And why it won't happen again. "Yes, full disclosure—guaranteed in writing," they will say to anyone, the few who might have a couple of bucks left over after all of this is over, to attempt a second try at growth.

Step Two: FIGHT BACK. Don't let those responsible for your losses, and the loss of the world's confidence in your country, get away with it.

A stock market loss lawyer can advise you on your chances for recovery, what the process involves, and the best avenue for you to take. Take that step. Most initial consultations are either free, or certainly affordable—and compared with throwing thousands, if not hundreds of thousands of dollars away down a black hole at the behest of lying cheats, a couple of hundred dollars for sound advice is a worthy investment.

That lawyer will soon be your champion, your knight in shining armor. In the end, even in the face of losing thousands—your greatest loss of all would be to do nothing…