Investors facing massive stock market losses now have to be on the lookout for fund managers who are involved in illegal schemes. Those schemes result in large stock losses for investors, many of whom do not ever get their money back. Unfortunately, these investors are learning that some people who offer stock market financial advice are really only looking out for themselves. 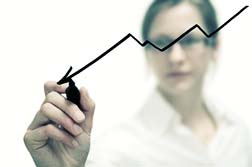 By now, many people are familiar with the story of Bernard Madoff, accused of running a billion dollar Ponzi scheme. Now, a fund manager from Philadelphia has been accused of running his own $50 million Ponzi scheme, similar to that run by Madoff but on a smaller scale. Regulators say the accused, Joseph Forte, paid off early investors with money he received from new investors—an illegal move for a fund manager.

Furthermore, the Securities and Exchange Commission (SEC) and the Commodity Futures Trading Commission (CFTC) claim Fortes lied to his investors by not telling them he was consistently losing money. In fact, he reported to his investors that he had decent returns when in actuality he lost a lot of money. Investors were told that their funds would be put in an account that traded in securities and futures contracts. However, Fortes actually used much of his investors' money for his own personal use.

According to Reuters, Fortes was not even registered with the SEC and his fund was not registered with the CFTC. Of course, Fortes has now said that he does not have the funds to pay back his investors—some of whom invested with him as far back as 1995. He has apparently admitted that he misrepresented his fund's trading performance from the beginning.

Meanwhile, in California a man has been accused of running his own $3 million Ponzi scheme. The accused, Leonard Adolph Delk, faces a number of charges, including grand theft by embezzlement and selling securities using fraudulent practices. According to The Tribune, up to 30 people invested with Delk, not realizing that they were being paid with money from new investors rather than with actual returns on their investments. He also told people their money would not be traded but in fact he did trade their money.

At least one of Delk's clients, who had been retired, was forced to return to work because of the money lost in the scheme. Officials say that the scheme had been running since before 2003.

Two class action lawsuits have been filed in the US against an Indian software firm, Satyam Computer Services, alleging the company "violated federal securities laws by issuing materially false and misleading statements," according to a statement issued by one of the law firms involved in the case. The lawsuits were filed after Satyam's founder admitted it had inflated the company's balance sheet by over $1 billion. The lawsuits were filed on behalf of investors who purchased Satyam's ADRs.

More STOCK MARKET LOSSES News
Investors expect that an industry as heavily regulated as the financial industry would be a poor market for unethical individuals, but the truth is that there are too many "financial advisors" who are simply out to make a quick buck. They get away with it for a while because investors do not question them when things appear to be going well—it is only when a fund collapses and money dries up that most people start asking questions.

If you suspect that your financial advisor or someone who manages your money has not been completely upfront with you regarding your investments, it is important to fully investigate the matter. Do not just take your advisor's word that everything is okay. The truth is that if you wait too long to take action, you might not be able to reclaim lost money. The sooner you act, the better your chances are of recovering some, or all, of your losses.