The Fine Line Between Birth Defects and Antidepressants

Various antidepressant drugs, such as Prozac, have been linked to an increase in SSRI birth defects in children. Experts agree that the issue of antidepressants and pregnancy is not an easy one to sort out. While there could be risk to the fetus by continuing to take an antidepressant, stopping a necessary antidepressant during pregnancy could pose a risk to the mother-to-be, as well as the unborn child that could be passed along for generations.

So it's a flip of the coin.

The fact remains, however that recent studies have shown that expectant mothers who took Prozac or Paxil during pregnancy carried about twice the risk of delivering a child with birth defects related to the heart. While these abnormalities have been found to be 'mild' and did not pose a significant risk to the infant, concern remains. 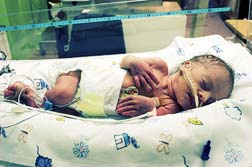 On the other side of the argument is the emerging data that seems to suggest women who are severely depressed and are not taking anything for it, could be harming their unborn children in similar fashion. In other words, birth defects have been found in children borne of mothers who are severely stressed, but eschewing the temptation (or medical advice) to ingest any drug that could help control depression.

Well, not quite. A woman severely depressed, or in danger of becoming depressed with such intensity would be the subject of equally intense debate with the woman's doctor. While severe depression could harm the unborn child, so too could the drugs that could control it. So what's the lesser of the two evils?

But here's the rub: Antidepressants appear to no longer be restricted to severely depressed patients. It has been reported for some time now that some patients are prescribed antidepressants for relatively mild forms of depression—if the condition could even be identified as such.

Here, is where a woman whose child is born with a birth defect linked to the ingestion of an antidepressant like Prozac or Paxil, might be looking at compensation. Was it prudent for her to even be on that drug in the first place? Or was it prescribed for what could best be described as a minor annoyance?

A relatively minor aberration, regardless of how easily it might be corrected, could become a horrific issue for an expectant mother willing to do anything and everything to protect the health, and well-being of her unborn child.

Some antidepressants carry a greater risk than others. Paxil, for example, has been associated with serious gut and brain abnormalities—and while serious birth defects are rare with Paxil use, most experts agree that Paxil should probably be avoided during pregnancy.

More SSRI BIRTH DEFECTS News
There are other issues. Smoking, for example, only heightens the risk of birth defects in women taking antidepressants. And other drugs that are more robust than mere antidepressants, which are designed for the treatment of bipolar disorder, have been known to bring about serious birth defects with a greater degree of frequency than antidepressants.

The key, for antidepressant patients, is to weigh the capacity, and the risk of doing without an antidepressant for the duration of the pregnancy. Depending on the severity of depression, it's a fine line to tread—and a line that must be tread in close concert with a doctor. That said, a patient needs to know all the options. Sometimes, those options aren't properly conveyed, or well articulated. And drugs that carry risk need to have those risks clearly spelled out on the label.

If the above doesn't happen, and your precious child enters the world with a birth defect, perhaps a call to a qualified legal professional is in order, in order to explore your options.

If you have suffered losses in this case, please send your complaint to a lawyer who will review your possible [SSRI birth defects Lawsuit] at no cost or obligation.
Request Legal Help Now