Most will tell you that successfully acquiring social security disability (SSDI) is a painful, painstaking process that involves long delays and often the denial of a legitimate claim. It is for this reason that many SSDI applicants will hire the services of a qualified SSDI attorney to help them with what is often a bureaucratic nightmare in the pursuit of SSDI benefits. 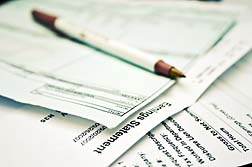 However, a Mississippi man recently found himself with the opposite problem: his social security disability payments wouldn't stop.

In was in 2006 that Bruce Guy, age 56, applied and was granted SSDI based on a variety of illnesses. A year later he was still considered disabled, but managed to go back to work and secured a good desk job with his former employer, the Mississippi Department of Transport.

Guy dutifully contacted the SSDI administration to ask that his SSDI payments cease. Making in excess of $51,000 at a job he was physically able to do in spite of his ongoing disability, Guy was no longer entitled to the SSDI payments and he wanted them to stop.

They didn't. According to WLBT Television, in an account on their website last March the $1500 monthly SSDI checks kept coming—leaving Guy with an additional $18,000 in taxable income for the year he didn't want, or need.

An attorney was eventually put on the case after the frustrated Guy, wanting to do the right thing, contacted the ombudsman office of WLBT 3 On Your Side. After repeated attempts by the television station newsroom to contact the Jackson Social Security Office failed, the broadcaster turned to an attorney for help.

More SSDI News
The situation is the complete reverse of what often happens when an individual with a disability applies for social security disability insurance. A backlogged system and miles of red tape can often make the process unbearably long and frustrating, leaving many SSDI clients-in-waiting to enlist the services of an SSDI lawyer to help shepherd them through the bureaucratic maze to secure benefits.

However in this case, the opposite proved true.

"I'd love to take the money but everyone I talked to at the Social Security Administration office says you make too much money for us to be giving you this money," Guy told the TV station. "The bottom line is I want them to quit sending me money (and) do what they say they are going to do." The $18,000 in cumulative additional income—which he intended not to use—would cost him $2,000 in additional income taxes.

The lawyer recruited by WLBT agreed that Guy had done everything he should have done to halt the payments and accused the government of "probably" being asleep at the switch.
READ ABOUT SSDI LAWSUITS