Keeping your money in a mattress does not a good investment make—but it suggests an element of safety and security that is often missing these days from certain retirement funds and products that carry increased investment risk.

Mortgage-backed securities and other products, are proving the spoiler.

With the normal flow of investment money taking a global pathway, the US sub-prime mortgage debacle has now become a worldwide problem. On December 19th Canada's CIBC Bank announced a US $2 billion-plus write down of its US sub-prime mortgage exposure, out of a total exposure of US $3.5 billion hedged through ACA Capital, the troubled bond insurer that was recently downgraded by Standard and Poors. ACA is struggling to avoid bankruptcy.

What's more, it appears that central banks are stepping in to bail out commercial banks in an effort to keep the credit flowing. Credit, not cash, is what makes the world go 'round, after all. 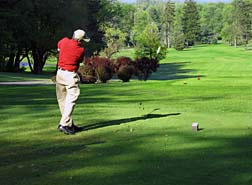 What does this have to do with you and your retirement funds?

Plenty, if you have mortgaged-back securities as part of your portfolio. With the implosion of mortgage-back securities triggered by the sub-prime meltdown, your investment nest egg could be worth a lot less than you thought it was.

You need to look carefully at the retirement funds you have, what the liabilities are, and when these investment products were acquired.

While the sub-prime mess has surfaced in the last year, various academics and market watchdogs were seeing signs as early as 2004, that there was trouble in the wind.

Toby Daglish is a co-author of a working paper, as yet unpublished, addressing the default risk in the US mortgage market. He tells the story of buying a house in Iowa and approaching a small, regional bank for a mortgage loan, only to be told that he didn't need mortgage insurance because the bank had a promotion on that month. Daglish told Financial Post columnist Jonathan Chevreau that at the time, he didn't think it was a very smart way to run a business.

And therein lay the problem—the zeal on the part of banks and the mortgage industry to embrace a booming housing market with open arms. That meant loosening, rather than tightening the restrictions on who qualified for mortgage money.

As a business will typically pass additional costs onto the consumer, a bank and lending institution with added risk on the books will divest some of that risk in the form of investment products, backed by those very mortgages.

Sometimes, those divestments are quite large. In 2006 the California Public Employees' Retirement System reportedly purchased US $140 million worth of un-rated mortgage-backed obligations from Citigroup. The Dallas Police and Fire Prevention Fund reportedly bought a similar collateralized debt obligation in early 2005. At the time the manager of the US $3.2 billion dollar retirement fund is said to have indicated the fund strategy was to beef up their risk, hoping for a greater return.

Healthy returns on such products were being articulated as recently as May of this year, when a senior managing director of Bear Stearns was reportedly telling fund managers in Las Vegas that they could generate 20 percent annual returns from un-rated mortgage-backed credit derivatives.

Now the hen has come home to roost. With zero-down mortgages and floating rates, more homeowners would be inclined to default when house prices drop or interest rates rise, even marginally. Multiply that by the glut of loosely qualified mortgages, compounded by the rise in mortgage fraud, and you have the current mess.

The problem is that with banks and lending institutions passing that risk onto investors, the pain of the sub-prime mortgage market is being felt by a wide cross-section of the population.

The moral crime is the pain being felt by seniors, or those on fixed incomes with limited, or no ability to recover financially.

Even though the sub-prime mortgage debacle has only come to light this year, the building blocks of the meltdown were in place long before, and it is certain that many in the industry would have been aware of the dangers of such increased risk in exchange for the possibility of high returns, the high stakes notwithstanding.

The question remains: were those individuals or entities vending mortgage-backed products aware of the risk, and was that risk properly communicated to the consumer? And were investors at greatest risk—seniors—counseled into buying products they should not have been buying, given their age?

The damage may have already been done, given the possibility that seniors may have planned for money that may never be there, but in reality may serve to shrink their overall investment portfolio. Without any other capacity to earn income, the results could be devastating.

In the end, a moral crime indeed when an industry that catered to a booming housing market via high risk and low return, rolls the dice and loses—but it's the investor who pays.

If you or a loved one has suffered damages in this case, please contact a lawyer involved in the [Retirement Fund Fraud Lawsuit] who will review your case at no cost or obligation.
Request Legal Help Now