A patient who was prescribed Reglan for longer than the recommended period and allegedly wasn't made aware of Reglan side effects has launched a lawsuit against the manufacturer. The plaintiff now suffers from Reglan tardive dyskinesia, a debilitating condition for which there is no cure. Reglan and tardive dyskinesia can combine to kill a career, if not seriously impair life and livelihood. 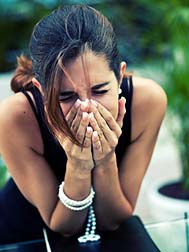 Kecia Neal, who hails from Arkansas, was prescribed Reglan to combat gastroparesis, according to a just-published summary of her lawsuit in the Southeast Texas Record. Reglan is used to treat gastrointestinal disorders, thus it was not uncommon for the patient to be prescribed the drug.

However, the risk for tardive dyskinesia is said to be enhanced if the medication is taken for longer than 12 weeks. Neal claims she was on Reglan for more than a year and did not have access to warnings that were beefed up just recently, in February of this year.

Those warnings included a black box warning for Reglan, mandated by the US Food and Drug Administration (FDA) that resulted from increased concern over the emergence of tardive dyskinesia in patients taking Reglan for longer than 12 weeks.

However Neal claims in her lawsuit that she did not have access to these new updated warnings—and therefore was on a Reglan regimen and exposed to Reglan side effects for more than a year. The plaintiff also states that she has experienced serious, permanent and disabling injuries as the result of being on the drug for so long.

She is in good company, according to the text of her lawsuit filed May 27th in the El Dorado Division of the Western District of Arkansas. The plaintiff claims in her action that nearly one-third of all patients who received Reglan (or its generic, metoclopramide) were mandated to remain on the prescription for longer than 12 months or longer, rather than 12 weeks or less.

Patients who take Reglan for 12 weeks or longer are at greater risk for Reglan tardive dyskinesia and other adverse effects, by a staggering 100 times.

Tardive dyskinesia is a disorder that is characterized by involuntary movement of muscles often involving the face, eyes and tongue. In some patients the effects diminish or even disappear after the patient stops taking Reglan, but this is never guaranteed. Some patients become permanently disabled, and have faced job loss due to the sudden inability to perform tasks—or appear in public representing an employer—due to the effects of Reglan and tardive dyskinesia.

Neal has filed suit against Teva Pharmaceutical, Schwarz Pharma and Wyeth Inc., the manufacturers of Reglan and its generic equivalent metoclopramide. The plaintiff cites the defendants for failing to warn doctors and their patients of information with regard to the increased risk for Reglan side effects.

Beyond that, according to the text of the lawsuit, the defendants "encouraged the long term use of these drugs, misrepresented the effectiveness of these drugs and concealed the drug's dangerous side effects."

The lawsuit alleges that the defendants failed to use due care in developing, testing, designing and manufacturing the drug, failed to provide proper or adequate warnings regarding the adverse side effects, failed to conduct adequate pre-clinical and clinical testing, and failed to adequately train medical providers regarding the appropriate use.

While gastrointestinal disorders can be nasty and debilitating within themselves, the introduction of Reglan if used for a prolonged period increases the risk for a condition that some may argue is far worse than the condition for which it was intended to treat.

Reglan side effects can be debilitating as this lawsuit shows. Specifically, Reglan tardive dyskinesia can ruin a career and seriously impede a life. Being made to go through life dealing with the effects of Reglan and tardive dyskinesia is an issue a qualified attorney could certainly address in your favor.