Protopic and Elidel Prescribed to Kids Despite Cancer Risk

When a significant side effect is linked to a drug, the Food and Drug Administration warns that the benefits of taking a drug should be weighed against the risks; however, in the cases of Elidel and Protopic, which have been linked to cancer, there is almost no way that the possible benefits could ever be greater than the risks.

Now, lawsuits are being filed against the makers of Elidel and Protopic, claiming that not only did the creams cause cancer, but also the drug companies knew about this risk and failed to warn the public. 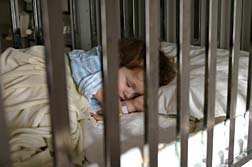 Elidel and Protopic are prescription creams used to treat eczema, a condition characterized by dry, itchy skin. Eczema, also known as dermatitis, is a term applied to a range of recurring skin rashes that can vary in severity. In mild forms, a patient's skin is dry, hot, and itchy. More severe forms of eczema result in broken, raw, and bleeding skin. Although the itchiness of eczema can be particularly distressing, it is not a fatal problem and is also not contagious.

Some doctors believe that Elidel and Protopic are safe to use; however in 2003 an FDA Advisory panel met and discussed the drugs' risks. Even then they were concerned about a few things, including animal studies that showed increased malignancies, "a small number of human malignancies," and a lack of long-term safety data about the potential cancer risks. One member of the FDA's division of pediatric drug development wrote, "The evidence raises serious safety concerns in children regarding the potential for carcinogenicity in humans treated with these agents."

The same FDA official expressed concern about the marketing of Elidel and Protopic, writing that they were, "...heavily advertised for use in young children without appreciation by parents and physicians regarding the potential for carcinogenic risk."

Infections have been reported in a few children who used Elidel or Protopic, including one eight-month-old boy who suffered a heart attack after Protopic was applied over his entire body for six months. Why a cream not approved for use in children younger than two years old was used on an eight-month-old is not clear. However, the FDA Advisory panel noted that patients aged one to two years accounted for eight percent of Protopic prescriptions and 13% of Elidel prescriptions.

The FDA has said that it balanced the benefits against the risks when it approved the drug, but questions remain. Can the benefits of a cream meant to treat a skin condition that is not fatal really be greater than the risk of developing cancer? Why are Elidel and Protopic still being prescribed for children when an FDA representative has expressed concern about the risk of cancer, especially in children? And why are they being prescribed for children under the age of two when the drugs are not approved for use in children so young?

Some patients affected by Elidel or Protopic have either filed lawsuits or plan on filing lawsuits against the drugs' makers, Novartis and Astellas respectively. If you or your child used Elidel or Protopic and suffered adverse reactions including cancer after using the prescription creams, contact a lawyer to discuss your options.

If you have developed skin cancer, breast cancer or other cancer and have been using Protopic or Elidel, please contact a [Protopic and Elidel] lawyer who will evaluate your claim at no charge.
Request Legal Help Now