Some people who have been diagnosed with PPH as a result of taking diet drugs such as fen-phen think they are too late to file a PPH class action lawsuit. But that's not the case.

(Wyeth-Ayerst Laboratories made Pondimin -also known as fenfluramine, an appetite depressant that is the ''fen'' in fen-phen and distributed a similar drug, Redux. Some six million people took one or the other, often in combination with phentermine (the ''phen'') -- which increases the rate at which calories are burned.) 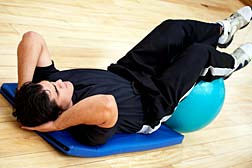 American Home Products (AHP) pulled the diet drugs Pondimin and Redux off the market in 1997 after studies linked them to heart valve damage and thousands of lawsuits ensued. A settlement was reached in 1999 but it did not cover thousands of people (and the numbers are increasing daily) who say the drugs gave them primary pulmonary hypertension (PPH), an often fatal lung disorder. The AHP website states the following regarding its settlement:
The Settlement Agreement provides for a variety of benefits, including refunds for the costs of Pondimin® and Redux™, medical monitoring and some medical treatment or payment for monitoring and treatment, and compensation for specifically defined valvular heart conditions that are evaluated on a scientifically established matrix.

But this agreement may not cover medical bills for PPH victims—medical bills that may include extended nursing care, expensive drug treatments and more. For some people diagnosed with PPH, they are just now beginning to understand the brevity of this illness—a cure has not yet been found.

Many people who took Fen-phen in the 1990s are now experiencing further adverse effects, including PPH--people such as Susan James (not her real name pending a lawsuit).

"I took fen-phen and a few some time back for weight loss," says Susan. "I lost weight because my doctor had me on it for quite some time. Then I started to have chest problems - they said it was bronchitis but it wouldn't go away. In fact it got worse. In 1999 I was diagnosed with PPH and now I am on all kinds of inhalers but they don't help much.

I never had any problems like this and there is not one predisposing factor in my family. It is just too coincidental that I have PPH now—it has to be due to fen-phen. When I walk up the stairs I am out of breath. I can barely walk around the block. I was a health and physical education major and was in really good shape until I gained weight.
Sometimes you go into that mode when you eat too much and these diet drugs worked. All I know is that one day I am in good health and now I have major health problems..."

Not too Late to File
In 2006, The U.S. District Court for the Eastern District of Pennsylvania denied Wyeth's motion for summary judgment on a statute of limitations defense against a class member, ruling that the manufacturer failed to prove the claimant's cause of action accrued on an earlier date.

The settlement agreement exempts class members who suffered from primary pulmonary hypertension (PPH) as a result of ingesting the diet drug, allowing the members suffering from PPH to bring suit against Wyeth in tort.

Wyeth, based in Madison, originally set aside more than $21 billion to resolve lawsuits over fen-phen, which paired the company's Pondimin or Redux medicines with the generic phentermine.

More News
More than six million prescriptions for the fen-phen were written before the drugs were pulled. In 2000, Wyeth set up a $3.75 billion national settlement program for former users in hopes of managing the litigation. The company was forced to add $1.3 billion to it in 2004.

The settlement didn't cover PPH claims and Wyeth has moved to settle many of the cases before they came to trial.

In 2004, a Texas jury awarded $1.01 billion to the family of a woman who died of PPH after taking Pondimin as part of the fen-phen combination for about two years. Wyeth later settled the case for an undisclosed amount.

You are entitled to join a nationwide class action against fen-phen or you can choose to opt-out: this means that you will not be included in the class action and wish to individually pursue legal action. Opting-out can possibly allow you to qualify to receive a larger compensation if you have been diagnosed with PPH as a result of taking fen-phen.

If you or a loved one has been diagnosed with PPH or PAH, please contact a lawyer involved in a possible [PPH/PAH Lawsuit] to review your case at no cost or obligation.
Request Legal Help Now