The Fen-Phen diet pill was once-upon-a-time the last word in dieting for millions of overweight Americans before the Fen-Phen drug was pulled off the market by the US Food and Drug Administration (FDA) over concerns for primary pulmonary hypertension (PPH), a disease affecting the lungs. 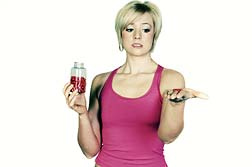 But it seems there were even more diseases stemming from PPH and Fen-Phen and the lawsuits which ensued against American Home Products Corp. (AHP, Now Wyeth) the manufacturer of Fen-Phen.

According to an August 17th summary in Bloomberg News, the case revolved around a $200 million settlement awarded to a state-wide group of Kentucky victims of Fen-Phen by AHP. The lawyers who represented the group had contracts that entitled them to as much as one-third of the payout. However, it was alleged that three lawyers attempted to claim twice what was their due by failing to advise their clients on the actual size of the settlement and misrepresented to them how much they would receive.

One of the three lawyers charged, Melbourne Mills, was acquitted in July of last year after his attorney argued that his client was too impaired by alcoholism to participate in the scheme.

Another lawyer, Stan Chesley, was never charged. He served as an advisor on the Fen-Phen settlement in exchange for a $20 million fee.

This month US District Court judge Danny Reeves sentenced Gallion to 25 years in prison, and Cunningham Jr. to 20 years behind bars. Both must pay restitution valued at $127.7 million to 421 former clients of the class-action who were victims of the fraud.

More FEN-PHEN News
Meanwhile, Americans' diet woes continue after the FDA issued an Early Communication with regard to an ongoing safety review of orlistat, which is marketed by GlaxoSmithKline as Xenical and Alli. Orlistat works by blocking the absorption of about 25 percent of fat intake and expels the unwanted fat directly through the rectum.

However the FDA issued the Early Communication after receiving 32 reports of liver injury worldwide. Of those, 27 required hospitalization and six resulted in complete liver failure.

It should be noted that two of those reports originated in the US, and that all 32 adverse reactions spanned a nine-year period from 1999 to 2008. Alli is an over-the-counter version of the prescription drug Xenical, which was approved in 1999. Alli was approved and introduced in 2007.

If you have suffered losses in this case, please send your complaint to a lawyer who will review your possible [PPH and Fen-Phen Lawsuit] at no cost or obligation.
Request Legal Help Now