Plane Crash: How Safe Are the Skies?

In the wake of many high profile plane crashes, all of which had numerous victims, the public are wondering how safe airplane travel really is. Despite constant reassurances that airplanes are among the safest ways to travel, plane crashes are constantly in the news, almost always involving multiple deaths. This past week has seen a few plane crashes resulting in a high number of deaths. 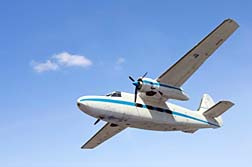 A plane crash in Guatemala on August 24, took the lives of 10 people, including five Americans. Only four people survived the wreck, which occurred when the pilot of the plane tried to make an emergency landing. The plane was carrying humanitarian workers who were traveling to a village to build homes for CHIOICE Humanitarian. Four Americans survived the crash but were injured.

According to reports, the pilot of the Cessna Caravan 208 reported engine trouble approximately 45 minutes after takeoff and tried to make an emergency landing.

Meanwhile, also on August 24, a plane crash in Kyrgyzstan took the lives of 65 people. The Boeing-737 had just reported a malfunction when the crash occurred, just minutes after takeoff. Officials are investigating the possibility of engine failure or cabin decompression as causes of the crash. Twenty-two people survived the crash.

Closer to home, three people were killed in Las Vegas after a plane crashed into a home on August 22. Two of the victims were elderly people who lived in the home. The pilot, a 76 year old, was flying a Velocity 173 RG—a homemade experimental plane. The National Transportation Safety Board is investigating the crash; however residents who live near North Las Vegas airport are asking why it is legal for experimental planes to be flown from busy airports and over residential areas.

According to some reports, it may not be legal for experimental planes to be flown over residential areas. According to theReview-Journal, the Federal Aviation Administration has strict rules regarding such planes. Before the plane is flown, its airworthiness must be certified by the FAA. After that, the plan is flight tested by a licensed pilot over remote areas.

More PLANE CRASH News
The Velocity aircraft, the type of plane involved in the accident, must be flight tested for 40 hours, after which it can only be operated over densely populated areas during takeoffs and landings. According to the NTSB, the plane involved in the Las Vegas crash only had five flight hours since its airworthiness certificate was issued and it is not clear what the plane's operating limitations were. The operating limitations are set out during flight testing.

Regardless of whether a plane crash occurs in the US or internationally, lawsuits can be filed if the crash was the result of negligence or a manufacturing defect. Lawsuits can also be filed on behalf of people who were injured on the ground in a plane crash. An experienced lawyer knows the ins and outs of domestic and international airline law and can help to make sure that you are fully compensated if you or a loved one are involved in a plane crash.