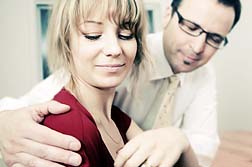 Penn Taco, owners of six Taco Bells in Pennsylvania, has agreed to a settlement in a sexual harassment lawsuit filed against the company. According to the settlement, the female employees involved in the lawsuit will share $35,000 and Penn Taco will revise its anti-discrimination policies. Furthermore, the company will provide training to supervisors about the Civil Rights Act of 1964 and its application to sexual harassment (York Daily Record, September 23, 2009).

The lawsuit alleged that a Penn Taco general manager made lewd comments and gestures to female employees. Despite repeated complaints about the manager's actions, Penn Taco allegedly took no action and did not stop the harassment. The US Equal Employment Opportunity Commission filed the lawsuit on behalf of the complainants and said Penn Taco would now take steps to protect employees from unlawful sexual harassment.

The lawsuit seeks recovery of the lost money plus fines. The company's chief executive, John Walton, said that the company's premiums were not paid and the company was in negotiations with the health care provider, Capital Blue Cross, to resolve the issue. As a result of the cancellation of coverage, some employees have found themselves with tens of thousands of dollars of medical bills.

More PENNSYLVANIA EMPLOYMENT News
According to a CBS11 (October 14, 2009) report, Turbine employed 90 workers at its Harrisburg, Pennsylvania, facility. The lawsuit alleges that in August, 2008, Turbine stopped making payments to the health care provider. Employees were able to seek medical care until March, 2009, but they were not aware that they had no insurance benefits.

"We have dozens of complaints from [Turbine] employees who are now facing thousands of dollars in unpaid medical bills simply because they tried to use the health care benefits they were promised," Attorney General Tom Corbett said in a statement. "Company officials knew, or should have known, that non-payment of health insurance premiums would leave workers vulnerable, but failed to warn their employees or take steps to prevent a health disaster from striking these families."